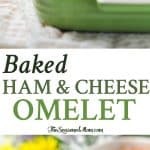 We love this Baked Ham and Cheese Omelet so much that I decided to just go ahead and list the Top 5 Reasons that you have to make it ASAP!

This recipe for Baked Ham and Cheese Omelet was originally published in July, 2014. It was updated in April, 2017. 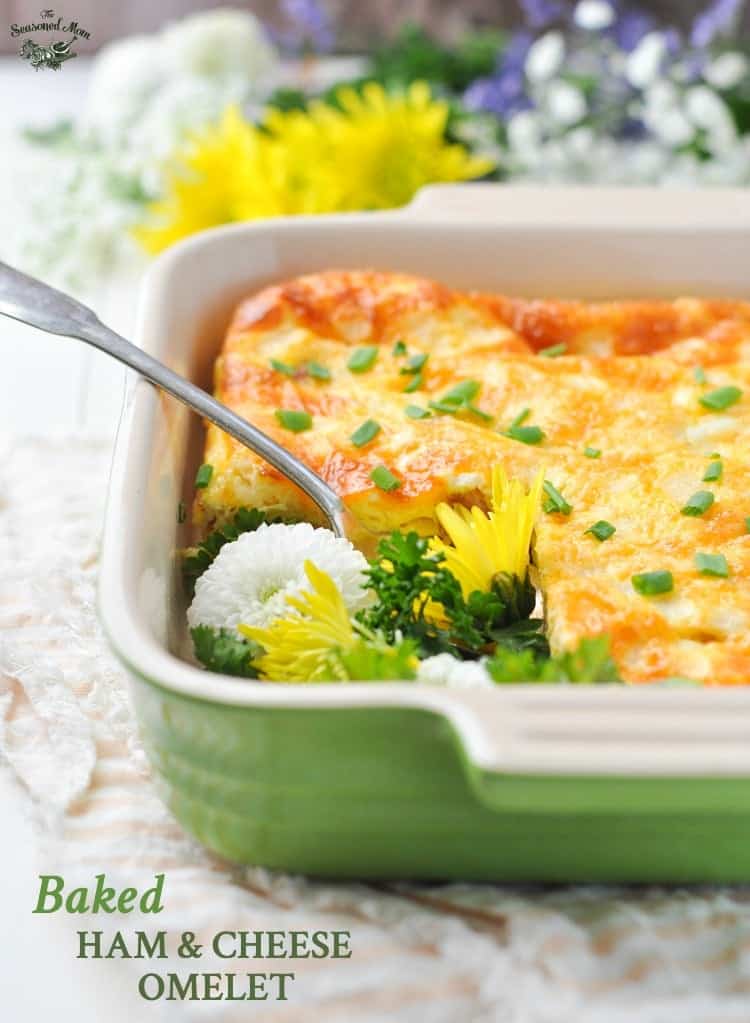 1.  First of all, this Baked Ham and Cheese Omelet tastes amazing. I thought about jazzing it up and making it a "Western Omelet" with peppers, onions, and a bunch of other stuff. But then I just decided that usually simple is best. And that is absolutely true in this case.

There's nothing better than the combination of ham, cheese, and eggs. Then you bake them together into a puffy, golden casserole and it's breakfast perfection! 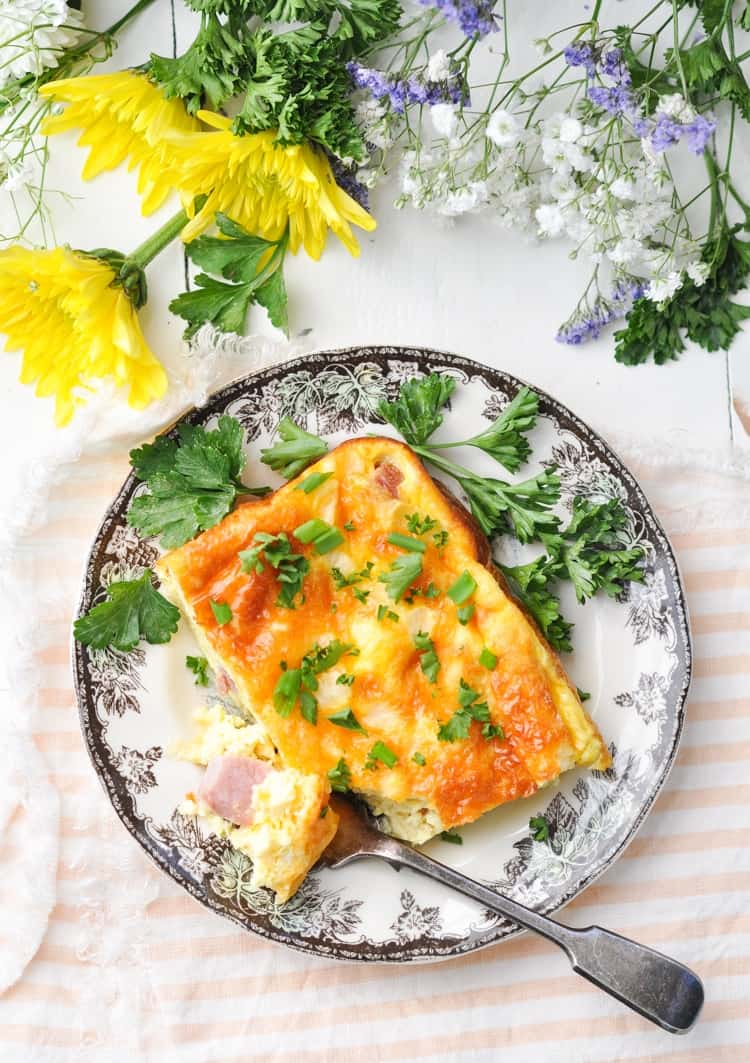 2.  Okay, so I said it's "breakfast perfection," but it's really brunch, lunch, dinner, or snack "perfection" too. I love that this Baked Ham and Cheese Omelet is incredibly versatile. We eat it for breakfast or brunch alongside fruit and muffins, or we make it a dinner with some hash browns and a salad.

I've even been known to grab a square of leftover omelet out of the refrigerator and eat it straight up, cold for snack. Trust me, the left-overs will not last long in your house! 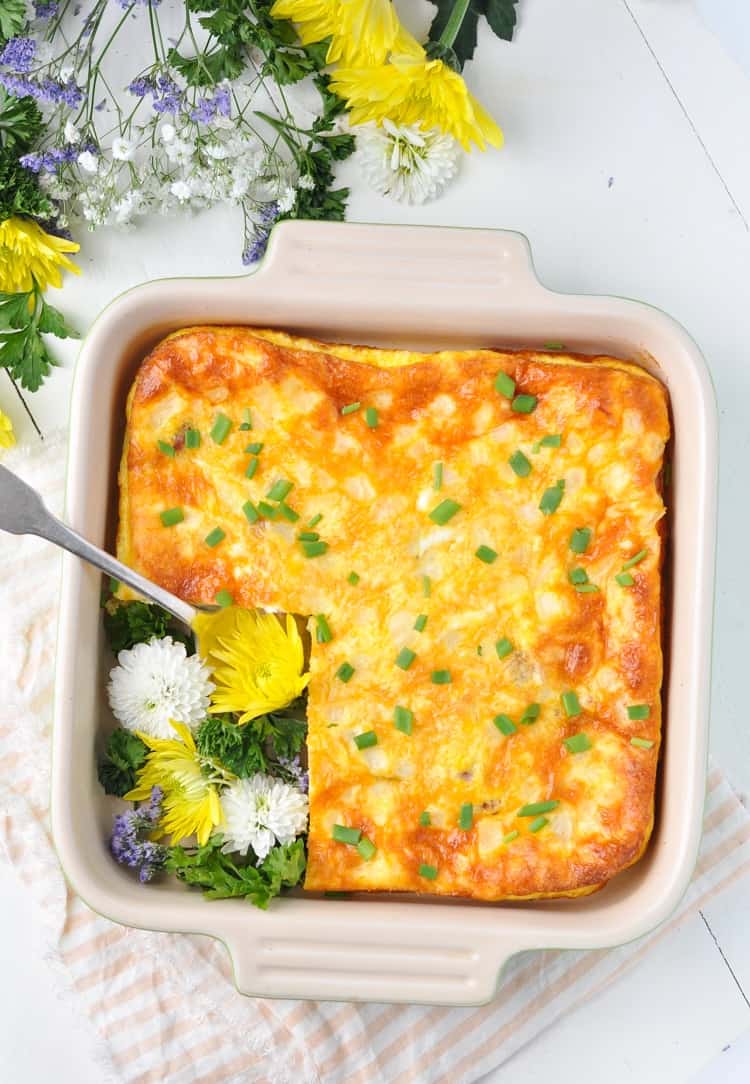 3. It makes a delicious sandwich! We just cut the omelet to fit our bread, English muffin, or bagel of choice, top it with a slice of American cheese (extra cheese never hurt, right?), and grill it on the stovetop just like we would for a panini or grilled cheese sandwich!

Keith takes these breakfast sandwiches on the road with him for breakfast when he's heading out early in the morning for work, too! 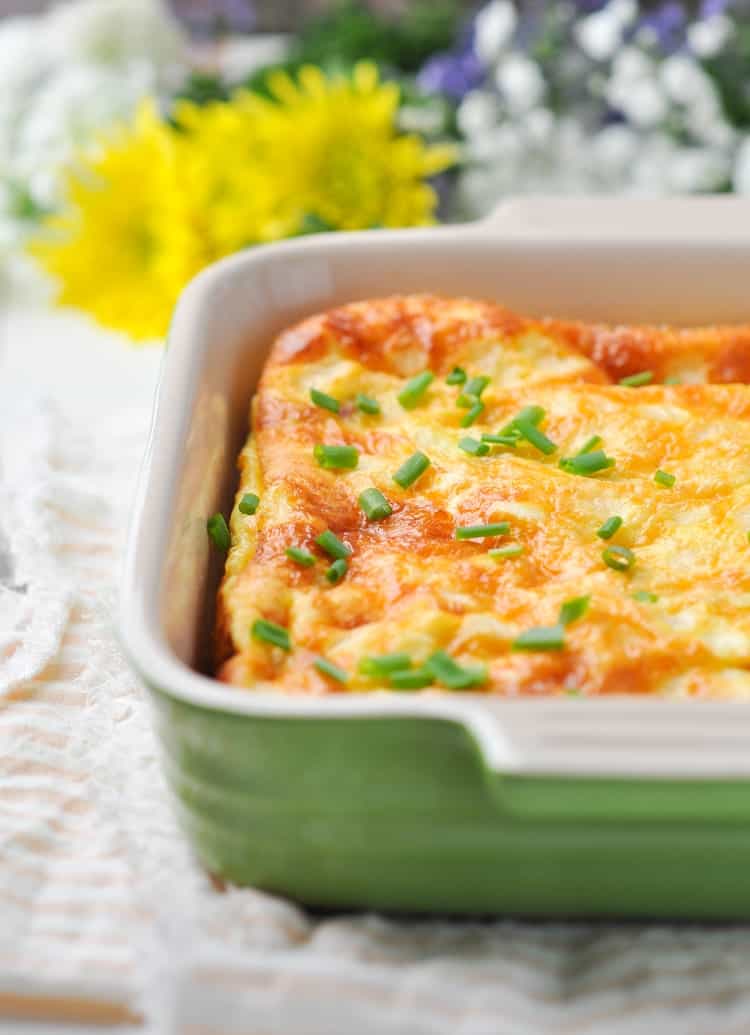 You Can Keep This Baked Ham And Cheese Omelet Pretty Darn Healthy...But You Don't Have To!

4.  In the recipe below, I show how you can substitute egg whites for some of the eggs without missing out on any flavor. Use lean ham instead of bacon or sausage and you have a tasty, affordable, high-protein main course. And of course, you can customize it with as many veggie add-ins as you like (but I still say simple is best!).

Are you bored yet? I hope not...because I have 1 more reason that I love this recipe so much, and it probably comes as no surprise... 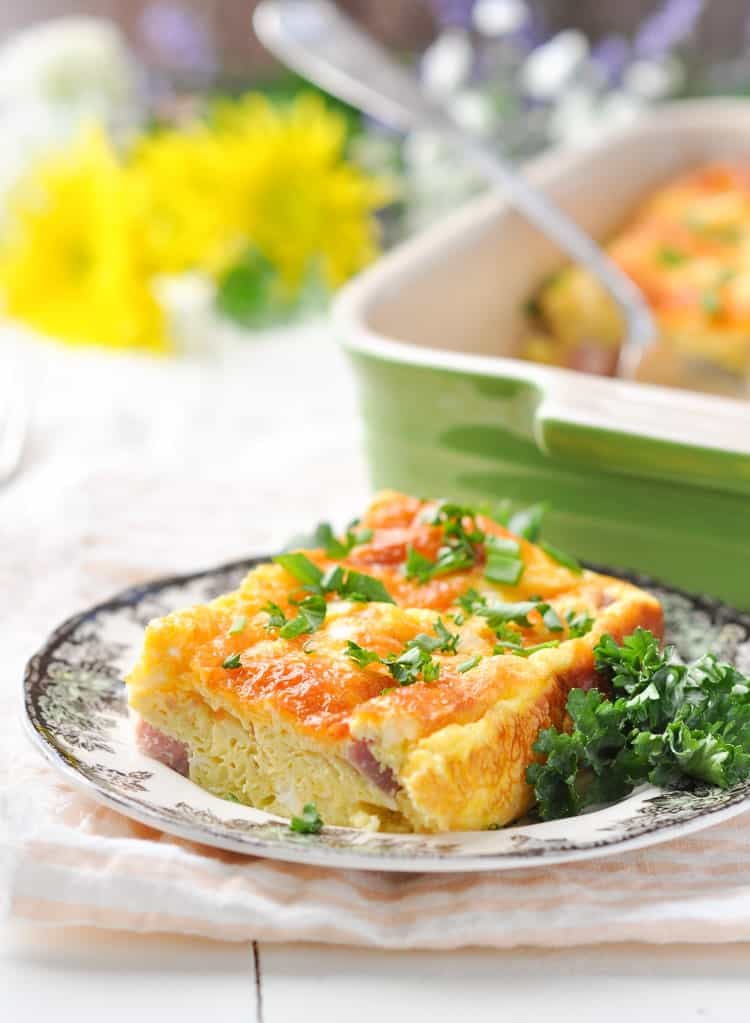 5.  My Baked Ham and Cheese Omelet is about the EASIEST thing you can make. Seriously. Five minutes of prep and you're good to go. Just whisk together some eggs, grate some cheese, chop some ham, stir together, and..."breakfast (or brunch, or lunch, or snack, or dinner) perfection."

It's so nice that I can enjoy the taste and texture of an omelet without the effort and time of standing at the stove, flipping eggs in a pan, and making one omelet at a time!

Variations - Things To Add To This Ham And Cheese Omelet 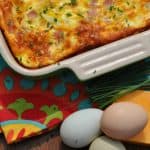