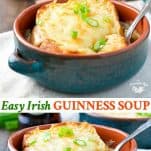 My favorite easy recipe for French Onion Soup gets an Irish twist in this Guinness Irish Soup -- just in time for St. Patrick's Day! A subtle hint of Guinness Stout is added to the broth, while a thick slice of garlic bread is smothered in Irish Cheddar Cheese. It's a delicious spin on a classic recipe, and it's the perfect St. Patrick's Day dinner! 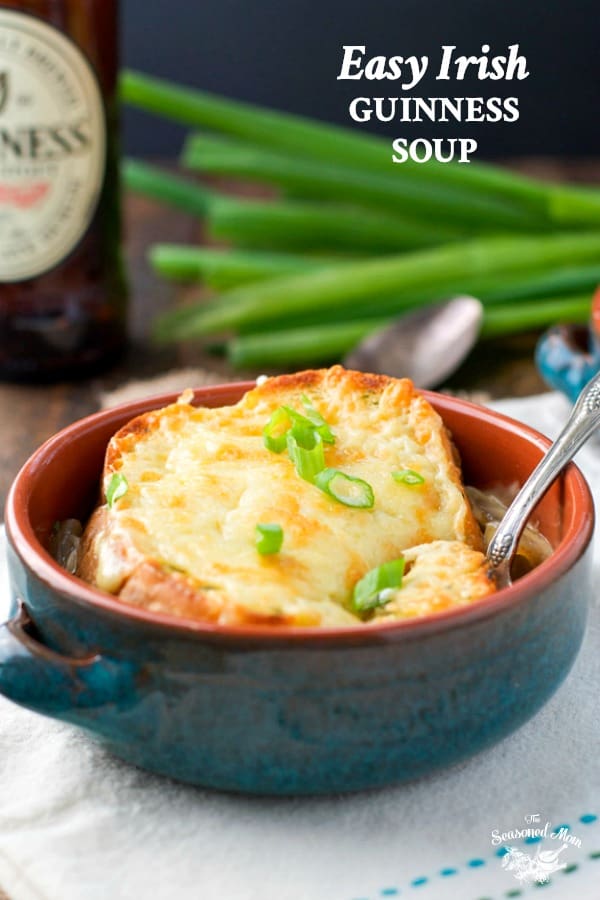 I have been making this recipe for Guinness Soup every March for as long as I can remember. It has definitely become a favorite that we all look forward to!

Keith has plenty of Irish blood in his veins, so he loves to celebrate his heritage on March 17 (plus, it's an excuse to drink more alcohol than usual).

This Guinness Soup is really just a slightly modified French Onion Soup recipe. I have perfected my method for making the classic soup in an EASY way, and it tastes like a meal that you would order at a restaurant!

For the Guinness Soup, I just add a bit of the stout to the beef broth for a very subtle taste. To make this as simple as possible for all of us, I also grab some frozen Texas Toast Garlic Bread to use as our topping. It's so simple and SO good...especially when you top it with Irish Cheddar Cheese! 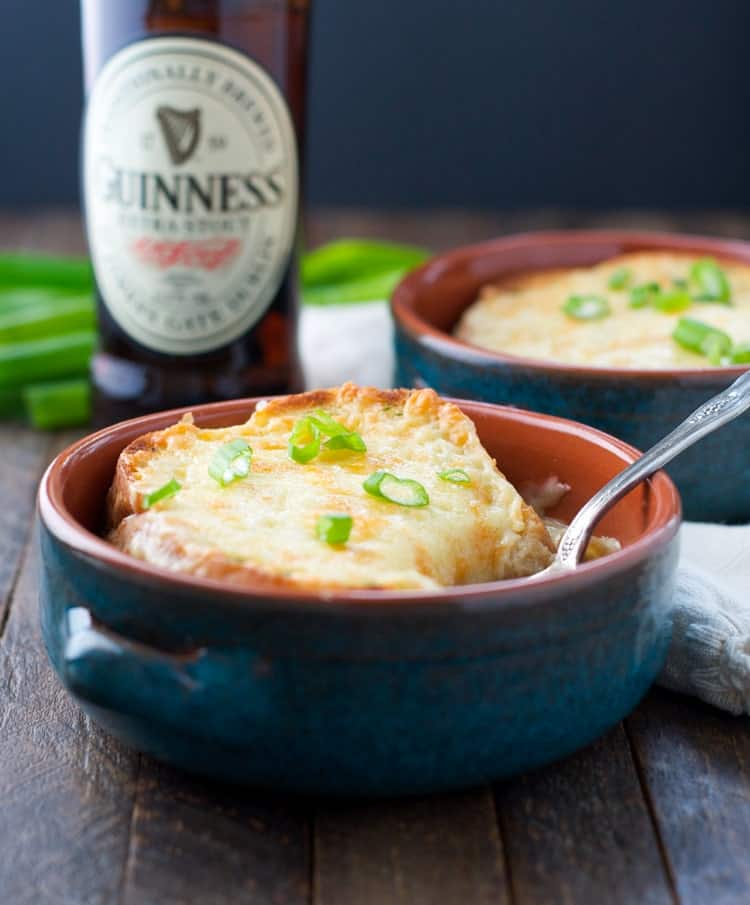 The cheese might sound fancy, but I can pick it up at my local grocery store (and I live in the middle of nowhere), so I'm sure that you can get it too. I find it in the deli section at Walmart, as well. It's worth the purchase because it's sharp and rich and the perfect contrast to the sweet onions in the soup.

If you're planning an Irish-themed dinner for St. Patrick's Day, a soup-and-salad combo would be perfect! Serve this Guinness Soup alongside a Reuben Salad and you'll be all set!

Other easy recipes that are perfect for St. Patrick's Day: 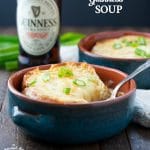