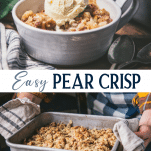 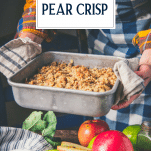 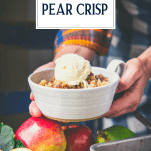 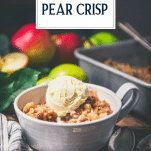 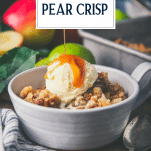 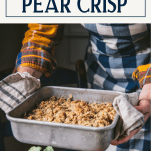 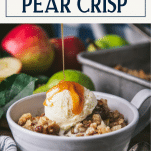 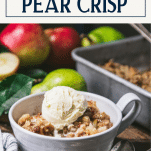 Whether you save this idea for Thanksgiving dinner or prepare it for your next weeknight meal, a Pear Crisp is the perfect easy dessert recipe for fall! Sweet, warmly spiced pears are topped with a buttery, crunchy topping made with oats, brown sugar, and pecans for a simple, seasonal treat with just 15 minutes of prep. Add apples for an apple pear crisp, and serve a bowl warm with a scoop of vanilla ice cream and a drizzle of caramel sauce! 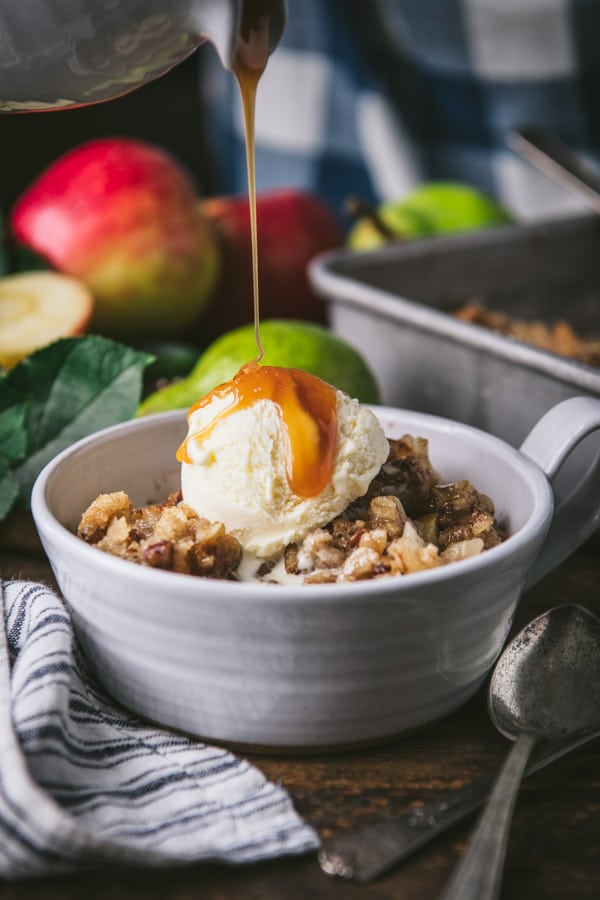 A crisp is an American dessert that's typically made with fruit that's baked under a crispy topping. The topping usually consists of oats, brown sugar, butter, flour and warm spices like cinnamon and nutmeg.

While an apple crisp is a more common dessert, I wanted to create an easy baked pear recipe that would take advantage of the other delicious fall fruit! For true autumn flavor, feel free to use a combination of both apples and pears in this recipe -- you certainly can't go wrong with an apple and pear crisp! 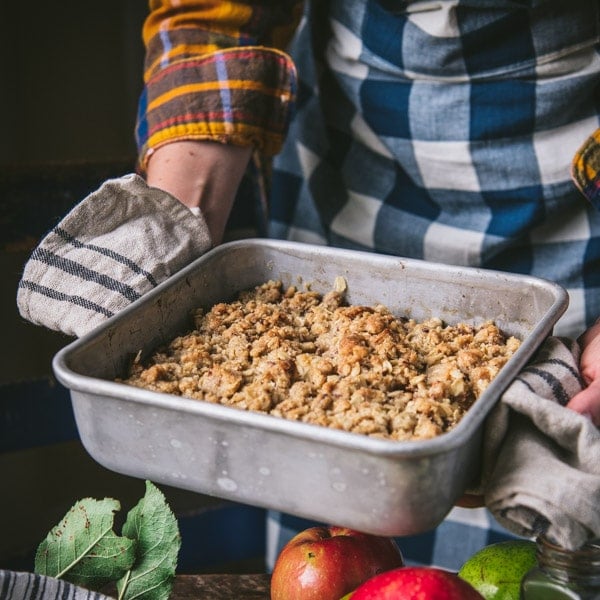 This is a quick overview of the ingredients that you'll need for an old fashioned pear crisp recipe. As always, specific measurements and complete cooking instructions are included in the printable recipe box at the bottom of the post. 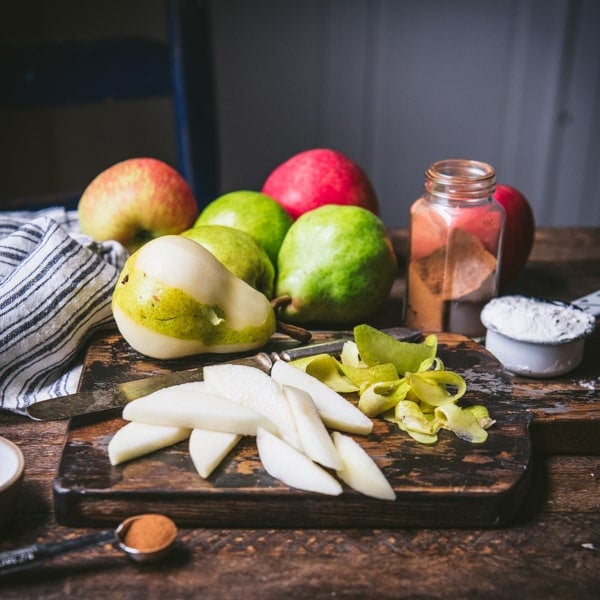 I have tested this recipe with a variety of different pears, and my favorite (by far) are fresh Bartlett pears. Look for fruit that's ripe and sweet -- but not overly ripe or too soft. The pears will break down and soften in the oven, and you don't want them to turn to total mush. 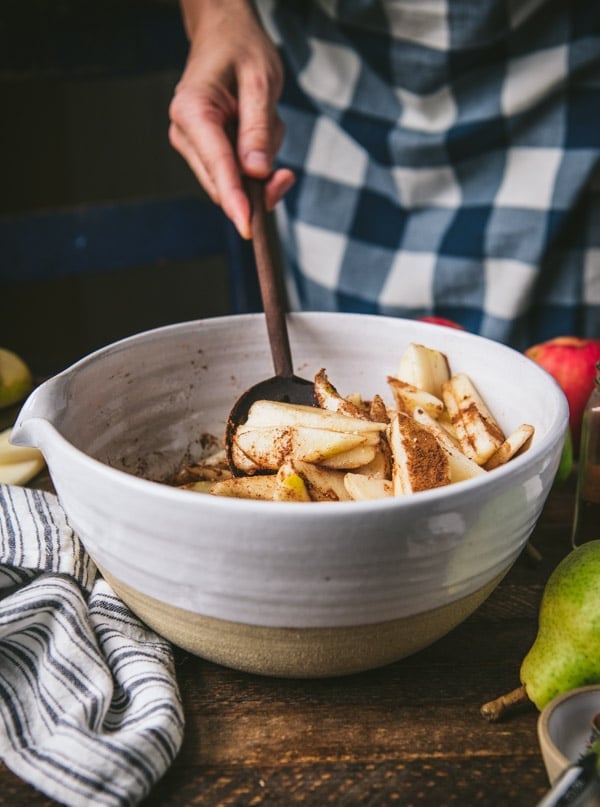 This is comfort food at its best! The warm spices smell amazing as it bakes, and the rich, crumbly, buttery topping is the perfect balance for the light, sweet fruit on the bottom. Let's get started with this quick pear dessert... 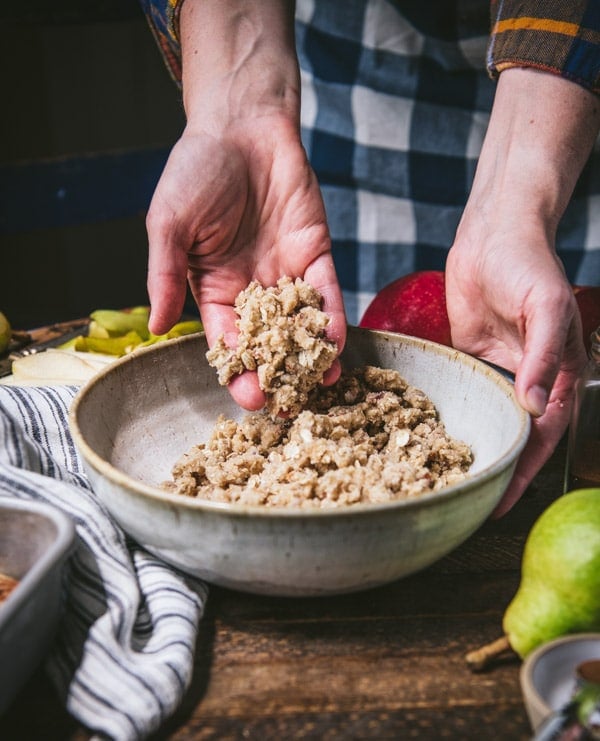 Pear crisp can be served at room temperature, but it's always best when it's warm from the oven. Top each serving with a scoop of vanilla ice cream and some caramel sauce and this old fashioned pear crisp becomes a decadent autumnal treat that will impress any family member or dinner guest that comes your way! 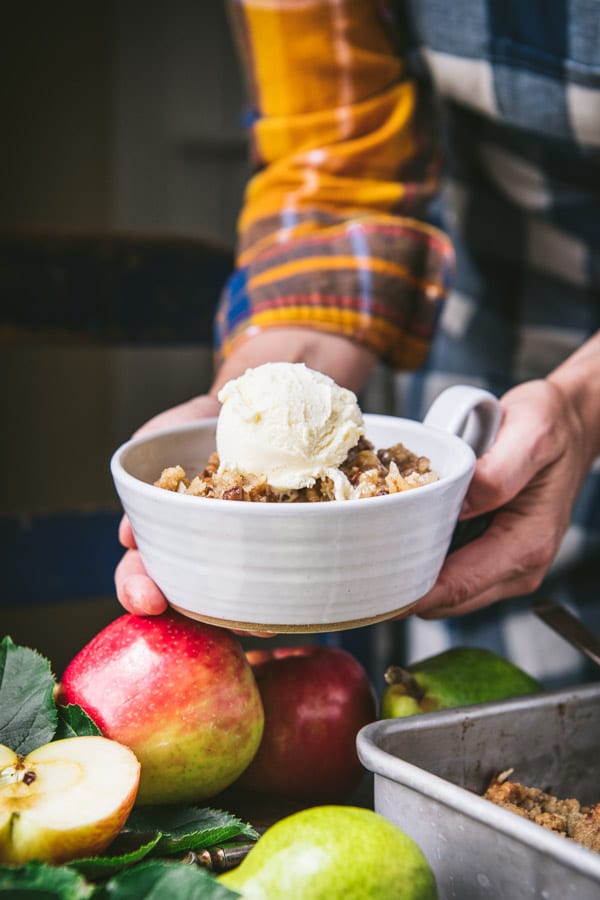 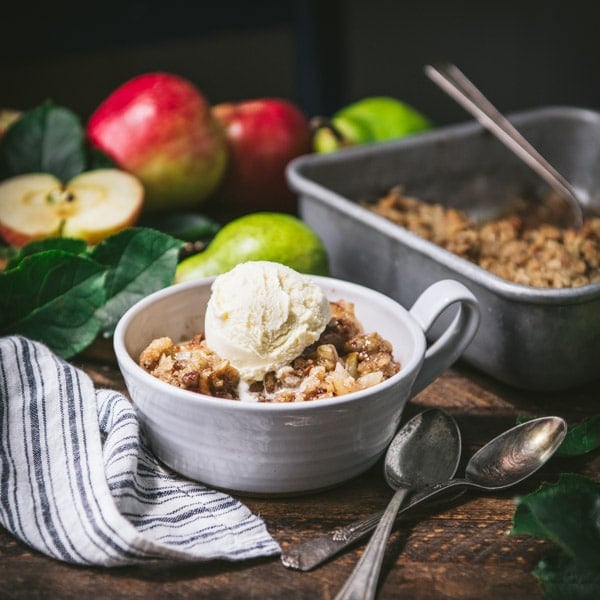 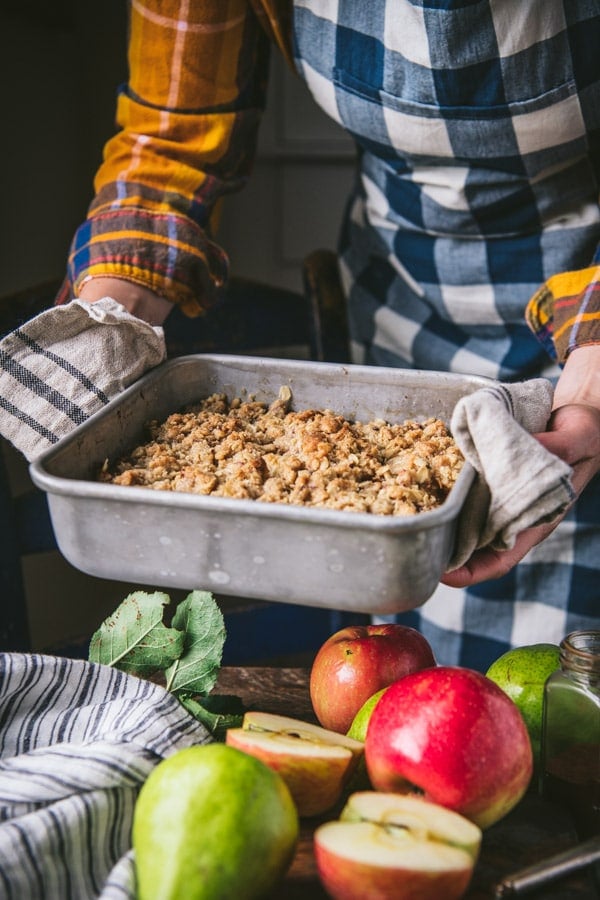 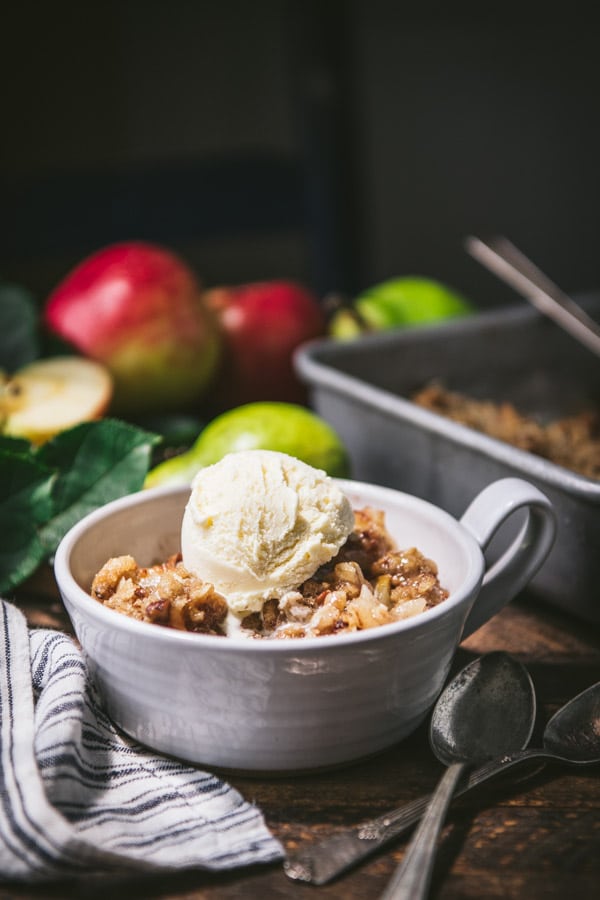 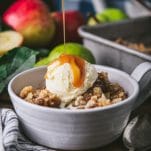 This recipe was originally published in September, 2017. The photos were updated in October, 2021.