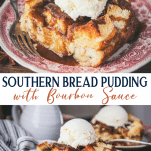 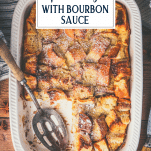 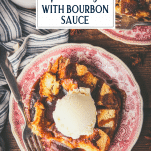 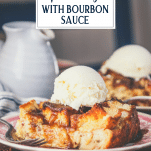 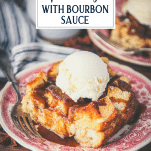 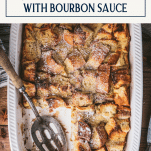 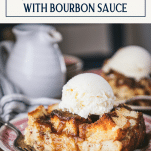 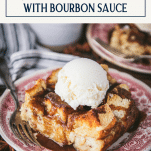 Soft, cozy blankets by the fire. Warm hugs and laughter with relatives around the table. Familiar songs playing in the background while you celebrate with friends over a warm pan of Southern Bread Pudding with Bourbon Sauce and slowly melting vanilla ice cream. This old-fashioned holiday dessert is warmly spiced with cinnamon and nutmeg, moist and tender thanks to a rich custard, and finished with a decadent sauce. It's an easy dessert for Thanksgiving or Christmas, and simple enough for your next Sunday supper! 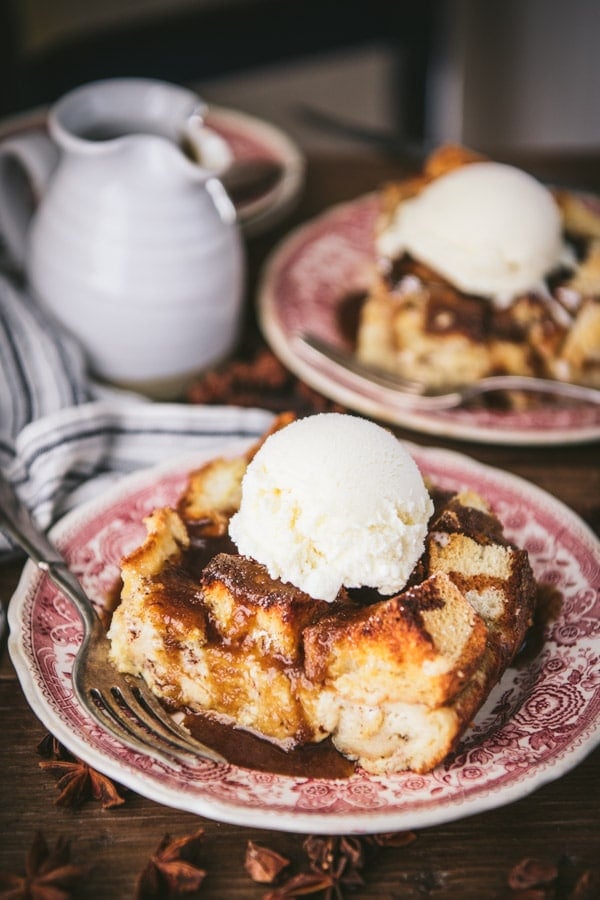 This easy bread pudding with bourbon sauce is a classic dessert that has been loved in Southern households for generations. It's easy to assemble with just 15 minutes of hands-on prep, it requires minimal, simple ingredients that you probably already have on hand, and it's a great way to feed a crowd. Plus, when you spike the bread pudding sauce with bourbon, whiskey or rum, it's an instant party! 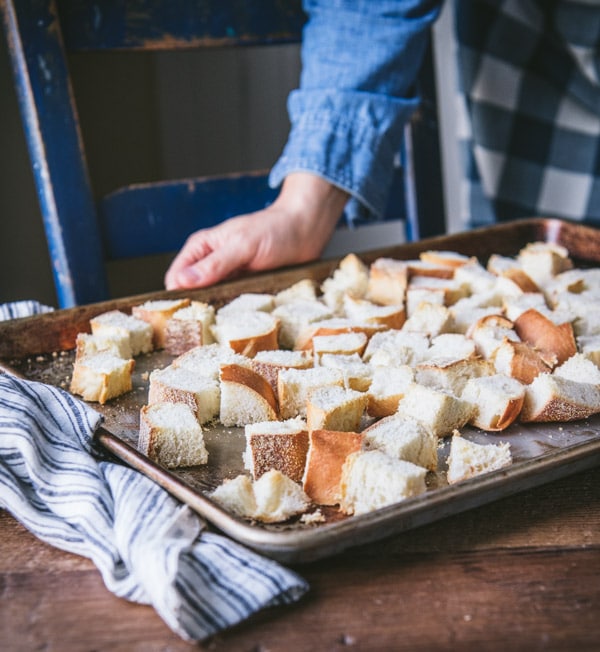 What nationality is bread pudding?

While many cultures have their own versions of "bread pudding," food historians trace this dish back to 11th and 12th century Europe. It has remained a popular English dessert since the 13th century! At that time, just about every kitchen had a deep bowl called a "pudding basin," which was used to collect scraps of stale bread. The dish evolved as a way to use up this stale bread, taking advantage of every bit of food available. After all, once bread was too stale to chew, it became a delicious conduit for soaking up cream and sugar!

Settlers brought bread pudding to the American colonies, where it has remained a staple in Southern cuisine for centuries. A brown sugar, butter and bourbon sauce might be a more modern addition, but boy is it a good one! 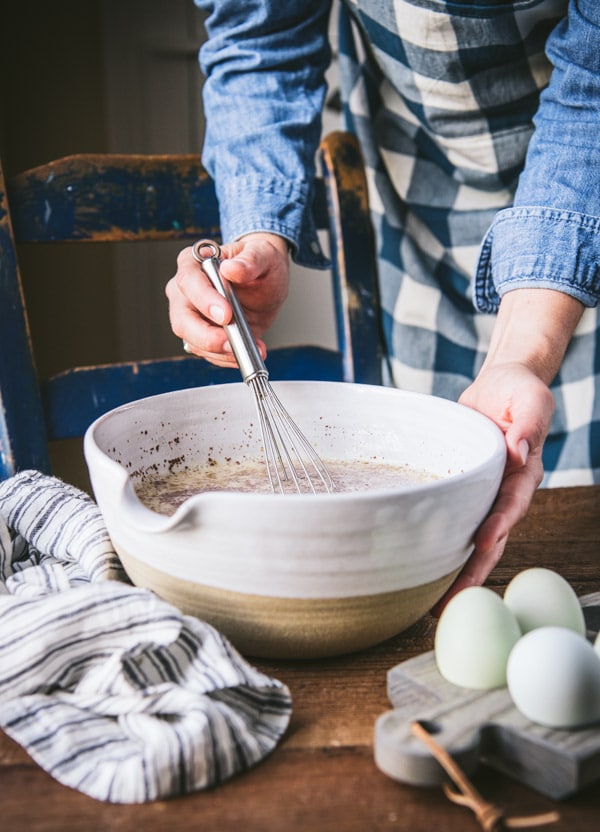 Why is stale bread better for bread pudding?

Stale bread is best for bread pudding because the dry bread absorbs more liquid from the custard in the dish, keeping the bread pudding nice and moist as it bakes. If you don't have stale bread on hand, this recipe recommends baking the bread cubes in a 350°F oven for about 14 minutes, or until nice and dry. Then let the bread soak in the milk and egg mixture for about 30 minutes before baking. This extra soaking time will yield a moist, flavorful pudding! 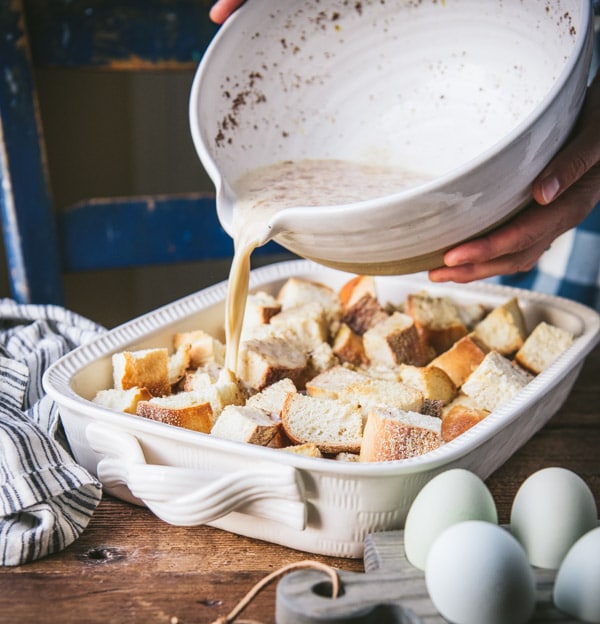 This is a quick overview of the ingredients that you'll need for a pan of simple bread pudding. As always, specific measurements and complete cooking instructions are included in the printable recipe box at the bottom of the post. 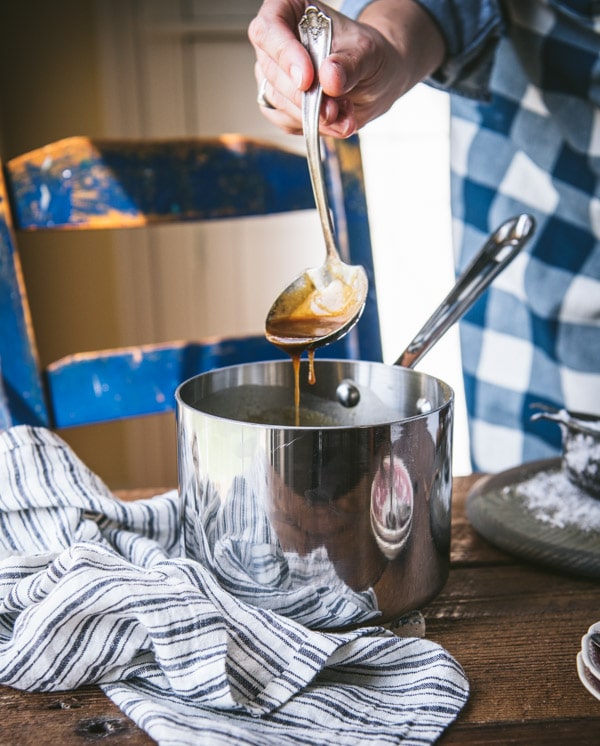 How to Make Bread Pudding with Bourbon Sauce

While this easy bread pudding recipe is simple to prepare, it tastes like a rich, decadent dessert that requires hours of attention! 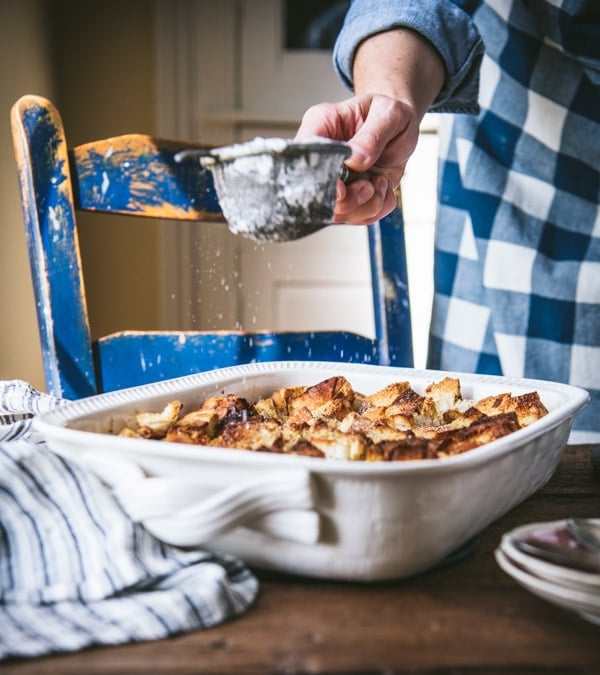 How to Know When Bread Pudding is Done

How to Serve an Old Fashioned Bread Pudding Recipe

Bread pudding can be served warm, at room temperature, or even cold. Dust the top of the dish with powdered sugar just before serving, drizzle with bourbon sauce, and top with whipped cream or ice cream for a truly decadent treat! In my opinion, the bread pudding is best when still slightly warm from the oven so that the buttery sauce falls easily through the nooks and crannies, and the vanilla ice cream melts slowly over the top. 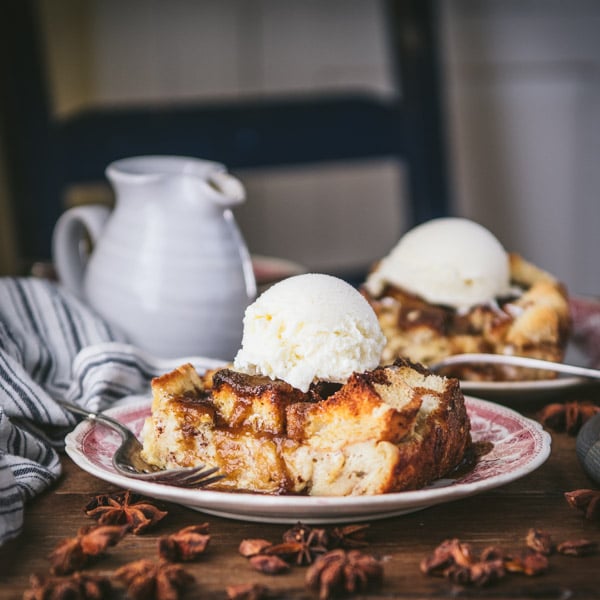 How to Store Bread Pudding with Bourbon Sauce

The leftover bread pudding will keep in an airtight container in the refrigerator for 3-4 days.

Reheat the bread pudding in a 350°F oven for about 30 minutes, or until warmed through. You can also reheat individual slices in the microwave for about 1 minute.

Freeze leftovers in an airtight container for up to 3 months. Thaw in the refrigerator overnight and then reheat according to the instructions above. 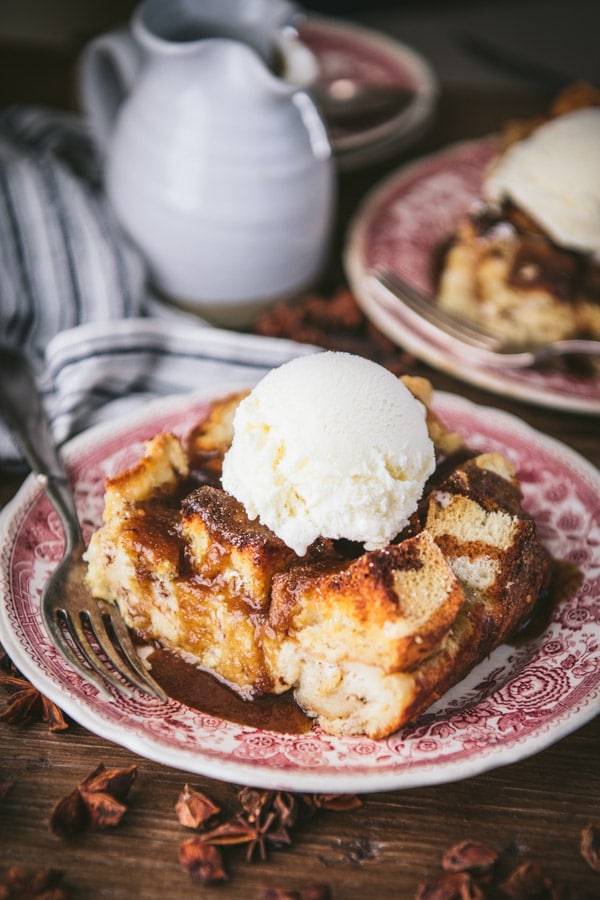 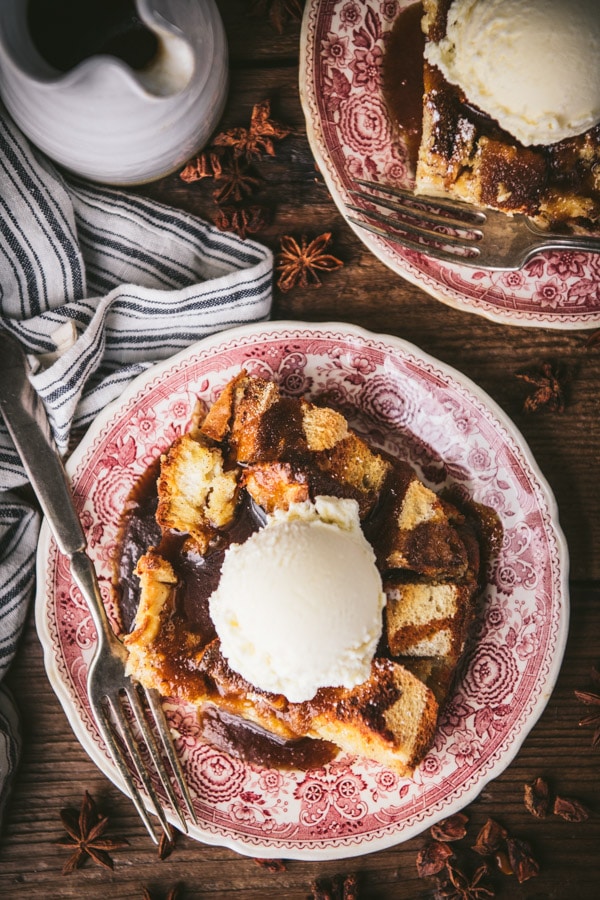 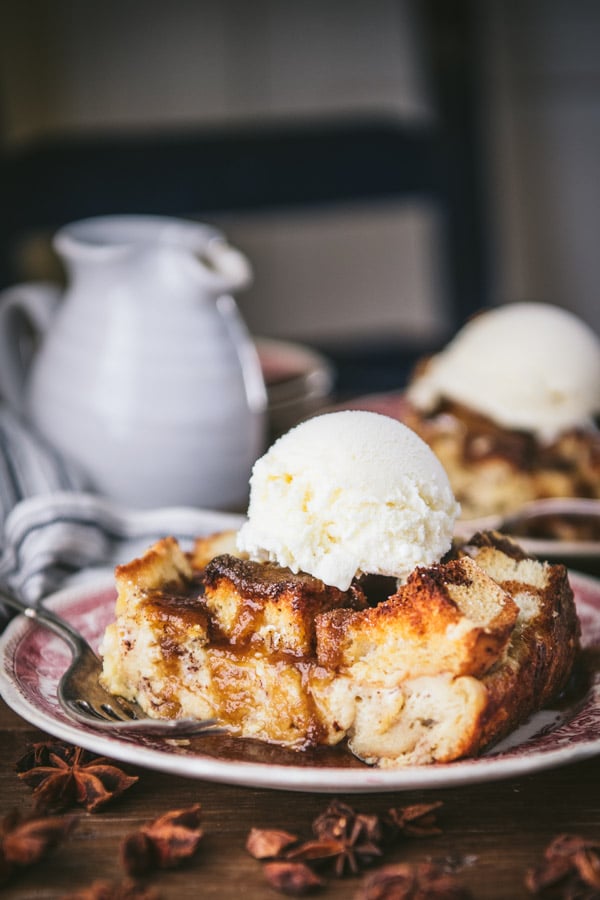 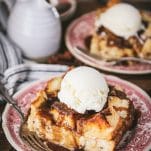 For the Bourbon Sauce: