It’s “Transportation” week in our house! This might just be the most popular subject we cover all year.

As a little “field trip,” I thought that it would be fun to take the kids to watch the planes at the airport. After all, Casey’s second-favorite mode of transportation (other than tractors) is aircraft. 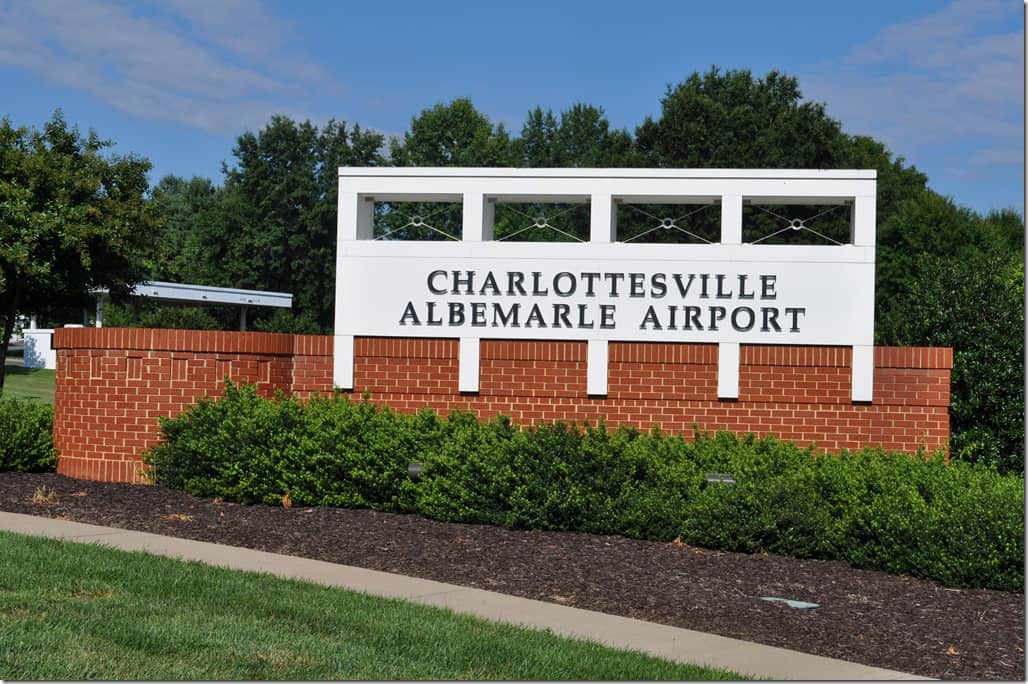 Here’s another reason that I love the Charlottesville area: I decided that before we visited the airport, I should probably have a plan for where we would go, where I should park, etc. So I pulled up the airport’s website, dialed the listed number, and immediately reached a very kind, live woman. No recorded messages here. She provided two helpful options: (1) park in the short-term parking lot and stand by the closest fence to watch the activity on the runway; or (2) talk to “Connie,” who would be happy to take us on a tour of the airport so that the boys can see the ins-and-outs of how the airport functions and get a close-up look at the aircraft.

I love the idea of a tour and I think that we might try that eventually; however, at this point in time the thought of taking two-year-old Casey on any type of tour is enough to send me into a state of total panic. I could just envision him taking off running, down the runway, as a very pregnant mom chases after him. Not cute! So, we obviously opted for choice #1. 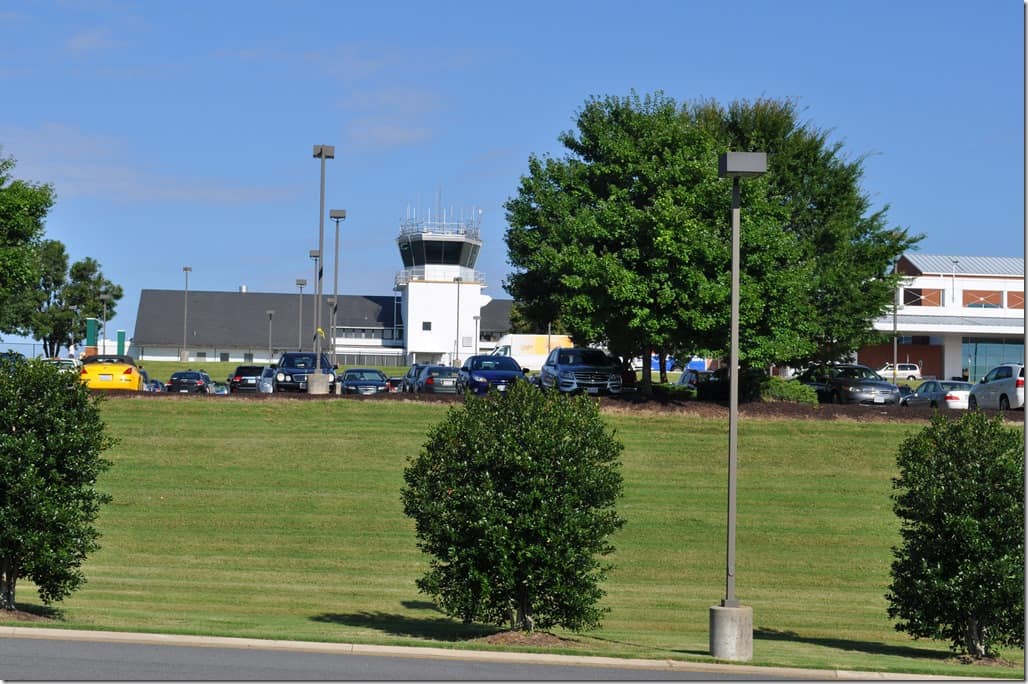 The lady at the airport had another good piece of advice: check the flight schedule on the website to make sure that we arrived at a time when planes would be coming or going. That hadn’t occurred to me, but apparently at our small airport, you can go a few hours without seeing any activity at all!

On our way to the airport, we stopped by Dunkin’ Donuts to pick up a special snack to eat while we watched the runway. Casey was thrilled with his “white donut!” 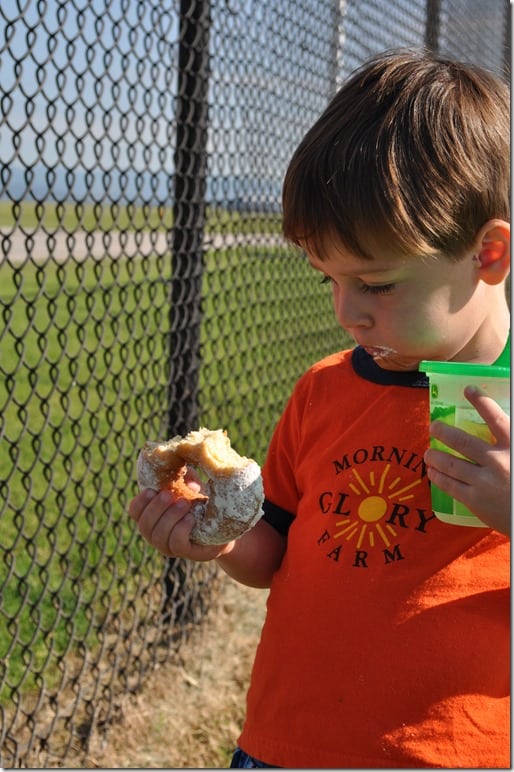 And as the boys snacked, they were treated to quite the show! 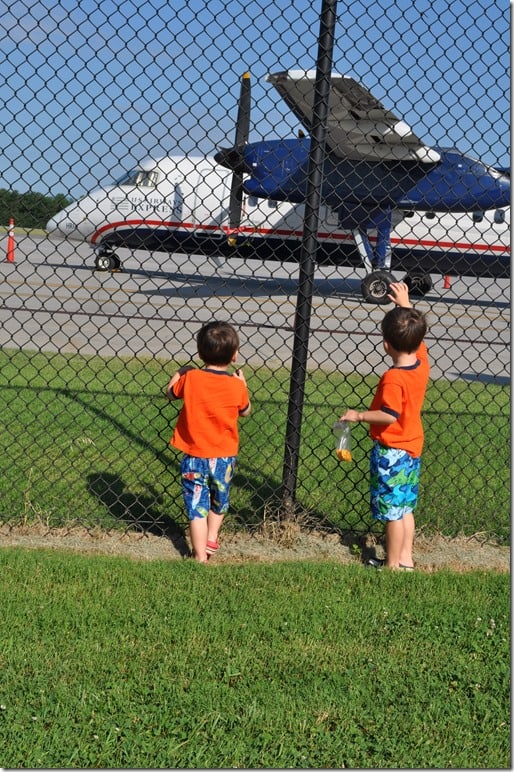 They inspected this parked airplane, which was right in front of us, 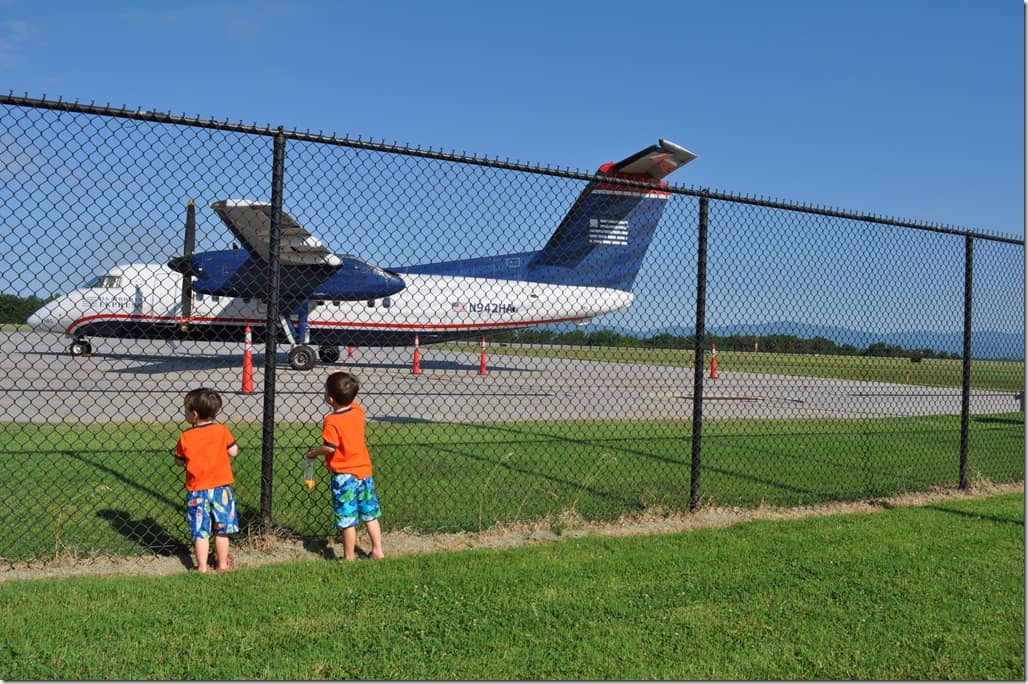 as well as a luggage truck, 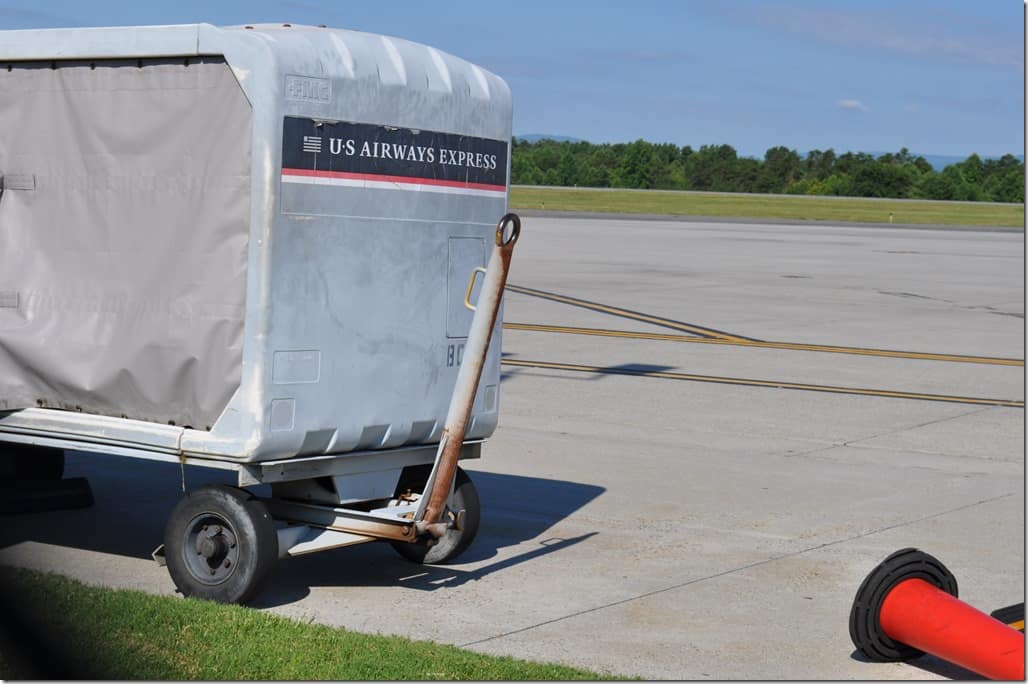 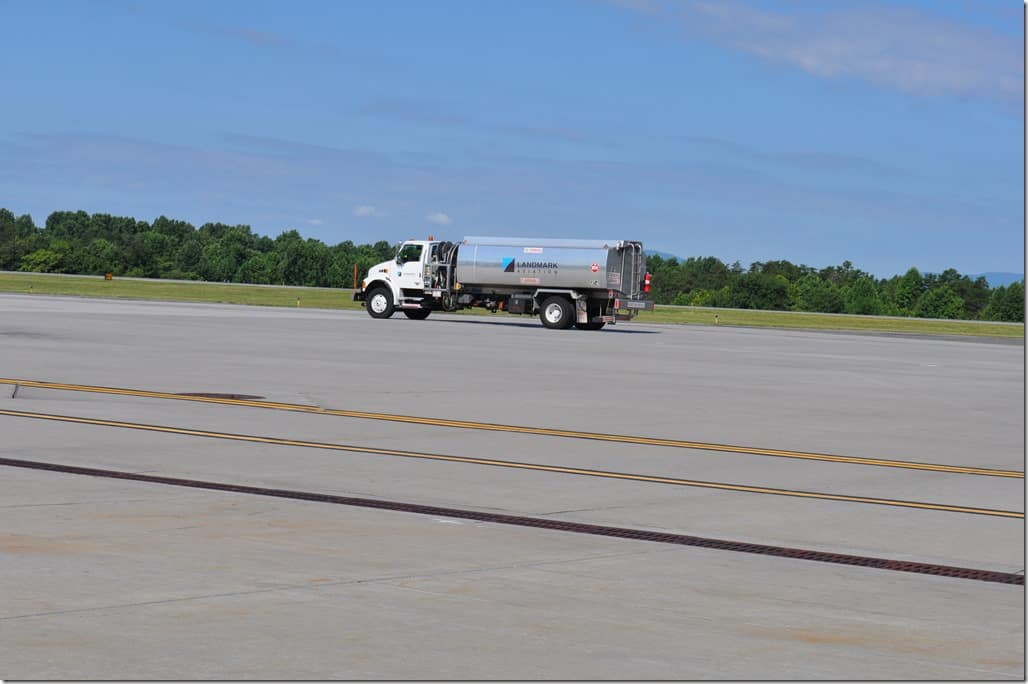 some taxis (this was exciting, since we don’t see these in “the country”!), 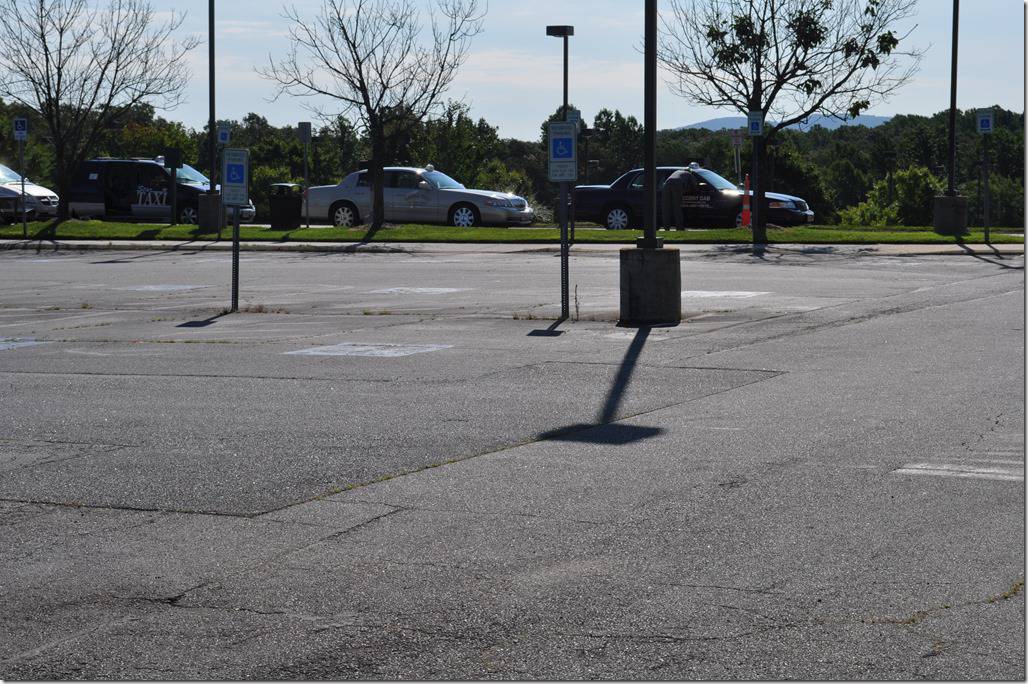 and a few airplanes taking off and landing. 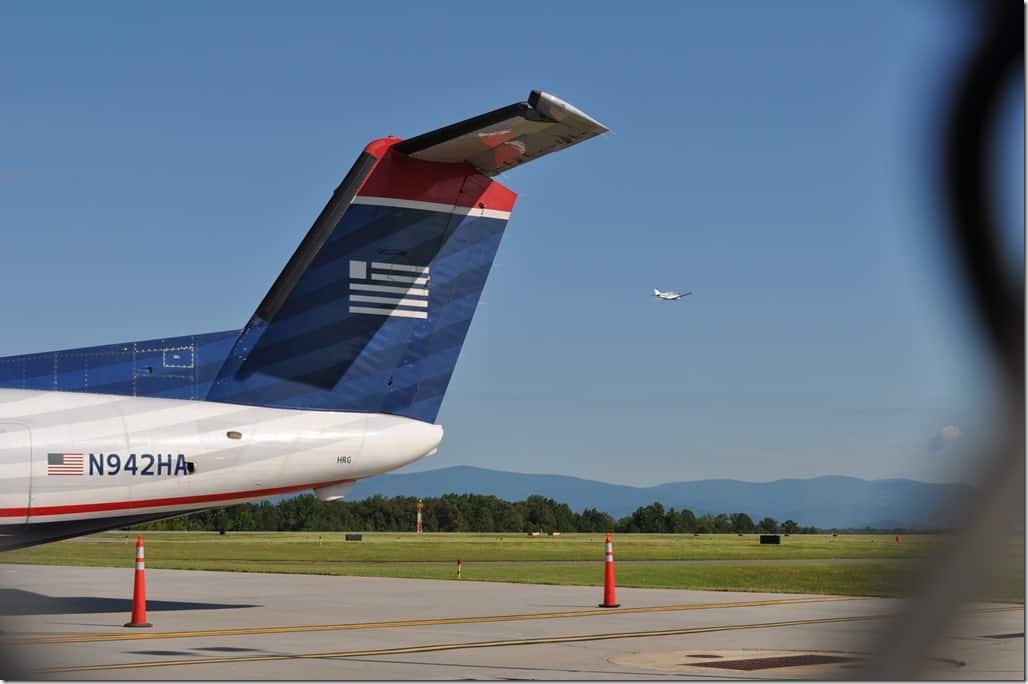 As soon as we were getting tired of standing around, we hurried off to nearby Chris Greene Lake to meet some friends for a play date in the water. 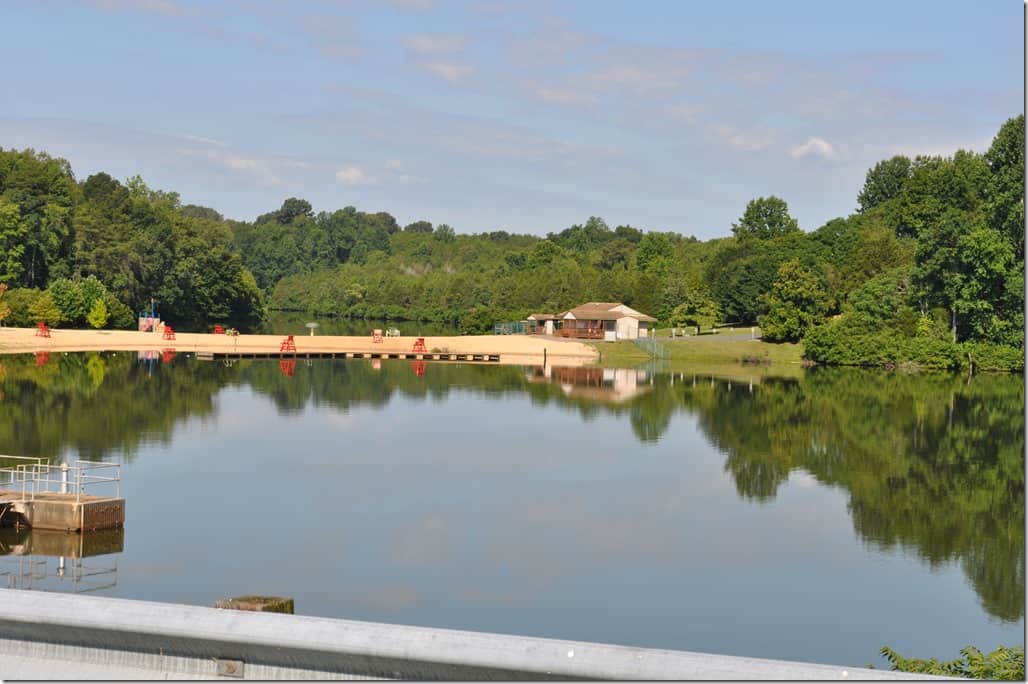 When we originally made our plans, I didn’t realize that this little lake would turn out to be the ideal airplane-watching venue. Not only did we get to swim and play in the sand, but we also watched a constant flow of airplanes coming and going from the airport at very low altitudes. The boys were in heaven! 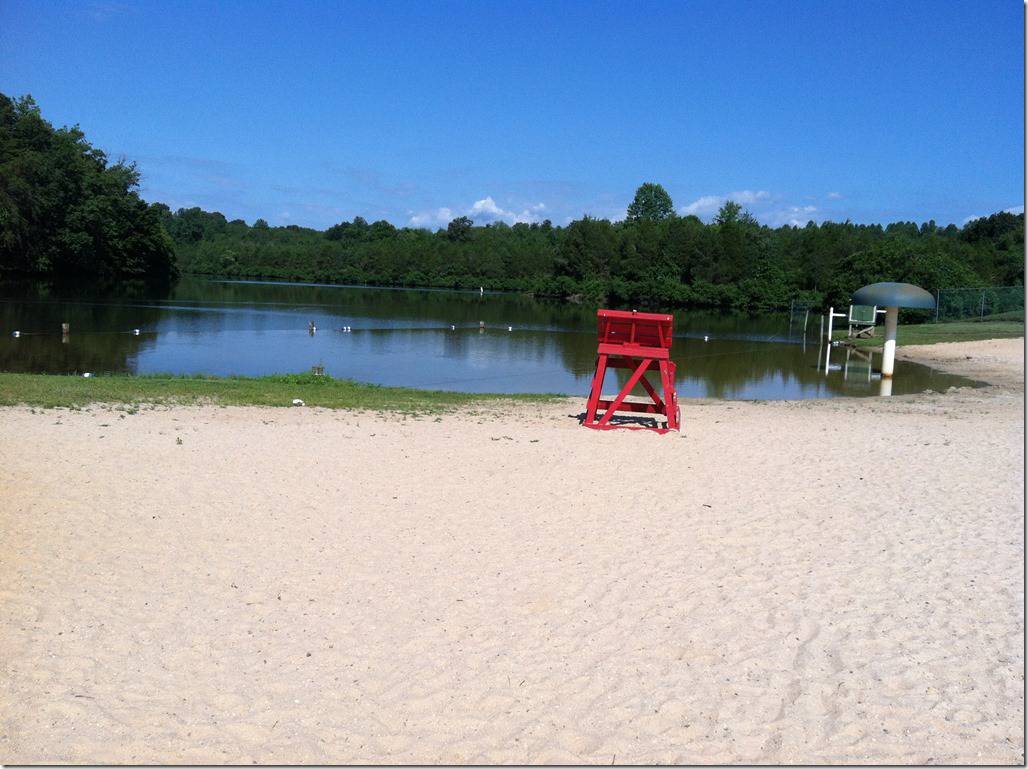 We enjoyed a picnic lunch with our friends, 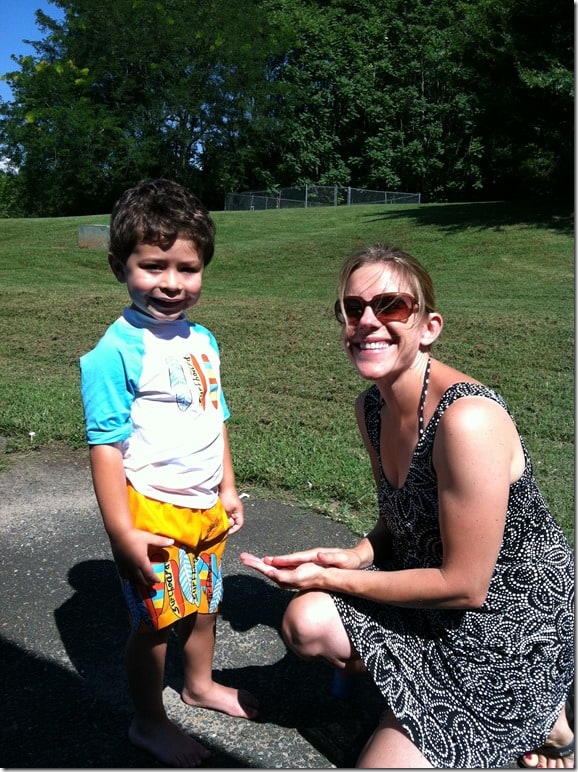 splashed around in the water, pushed trucks through the sand, 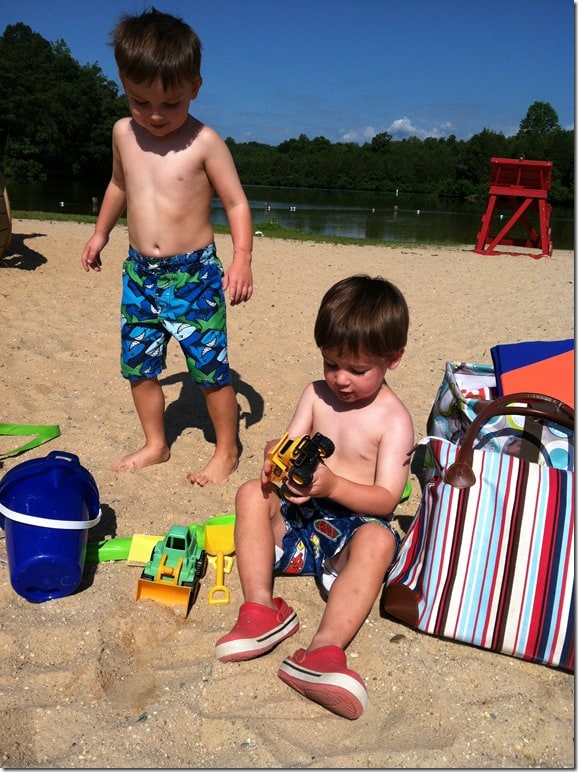 and climbed aboard the pirate ship. All in all, a successful outing! 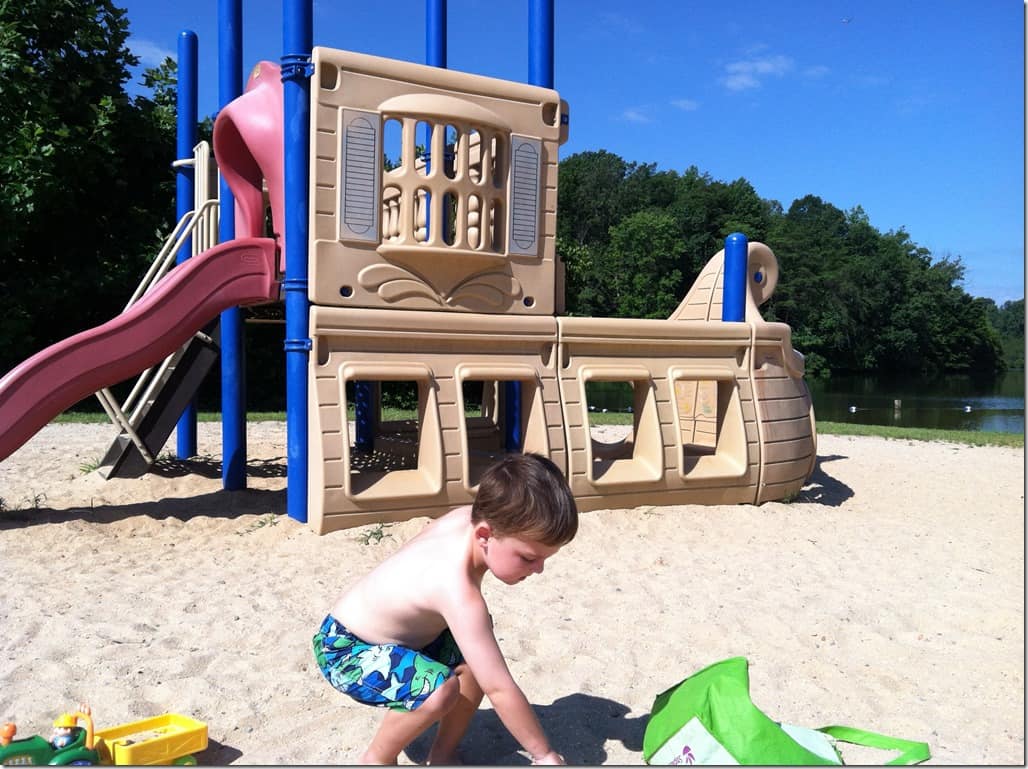 Stay tuned all week for other fun transportation-themed snacks and activities!