Is there any ocean creature cooler to young boys than sharks? 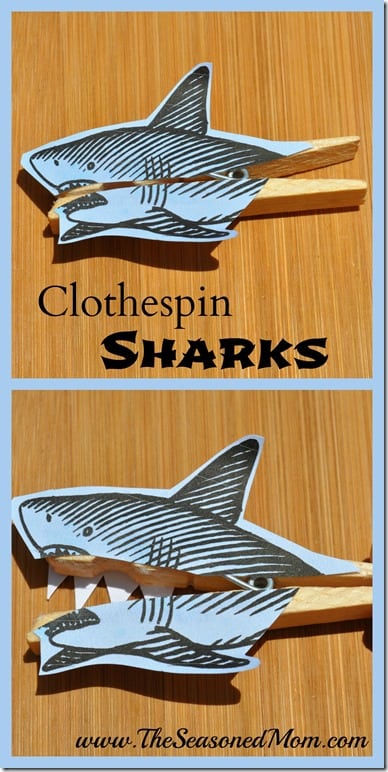 Since we’re focused on sea life this week, I figured that we better start off with one of the boys favorite things: SHARKS!

So the kids got dressed in their shark t-shirts (souvenirs from their grandparents’ recent trip to Santa Barbara), and then it was time for some fun. 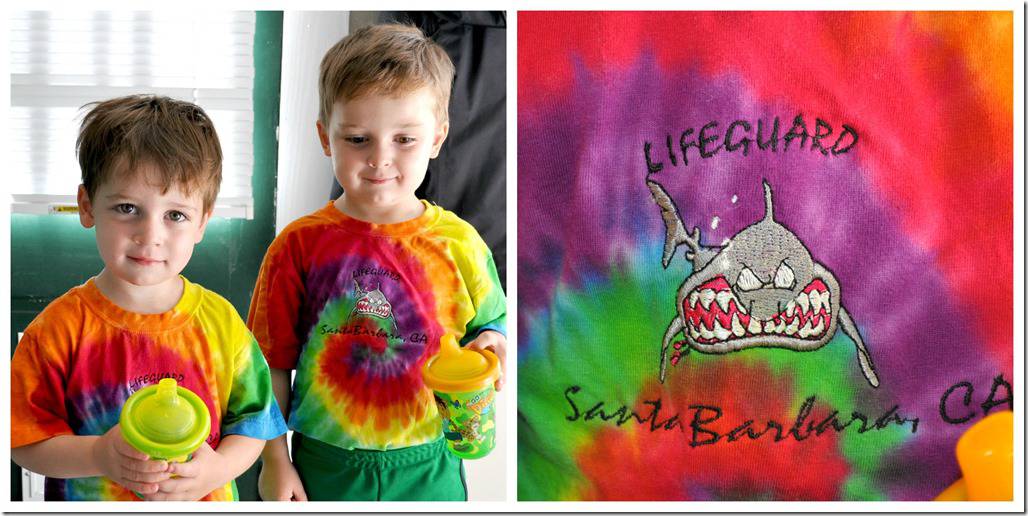 I actually prepped this activity in advance, which really only took about 10 minutes. It’s fast, easy, and a huge hit with the little guy.

I bought some wooden clothespins at the dollar store, which cost me a grand total of $1 for a pack of 50. I only used 3, so now I’ll have to figure out what to do with the other 47!

I then printed out three different sharks from Microsoft Word’s clip-art. I cut the sharks in half horizontally and glued each half on the side of the clothespin using regular Elmer’s glue. 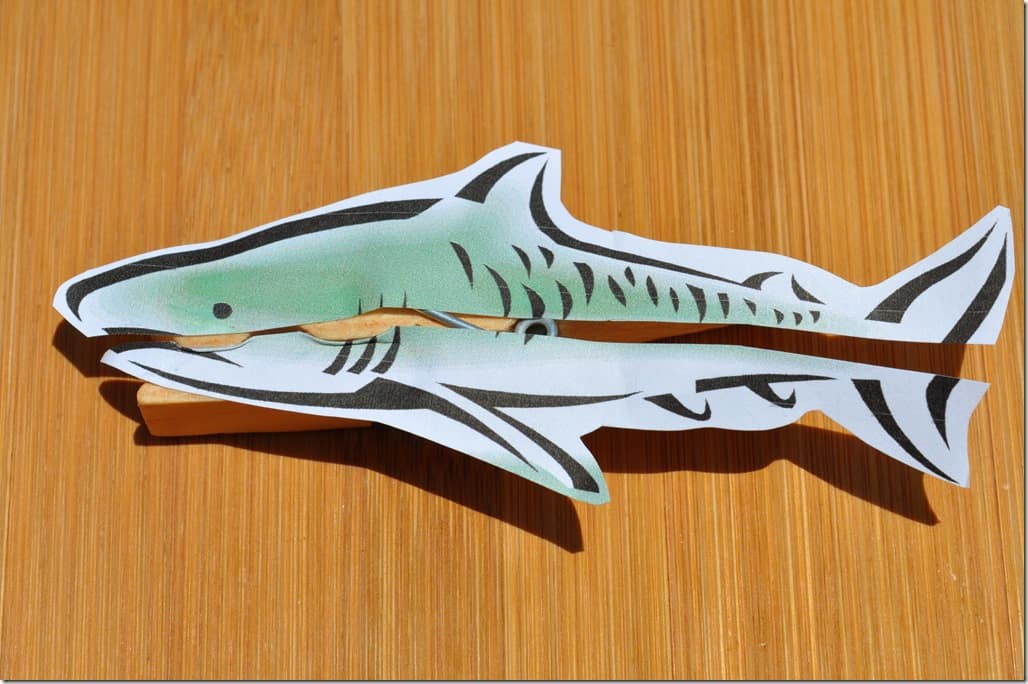 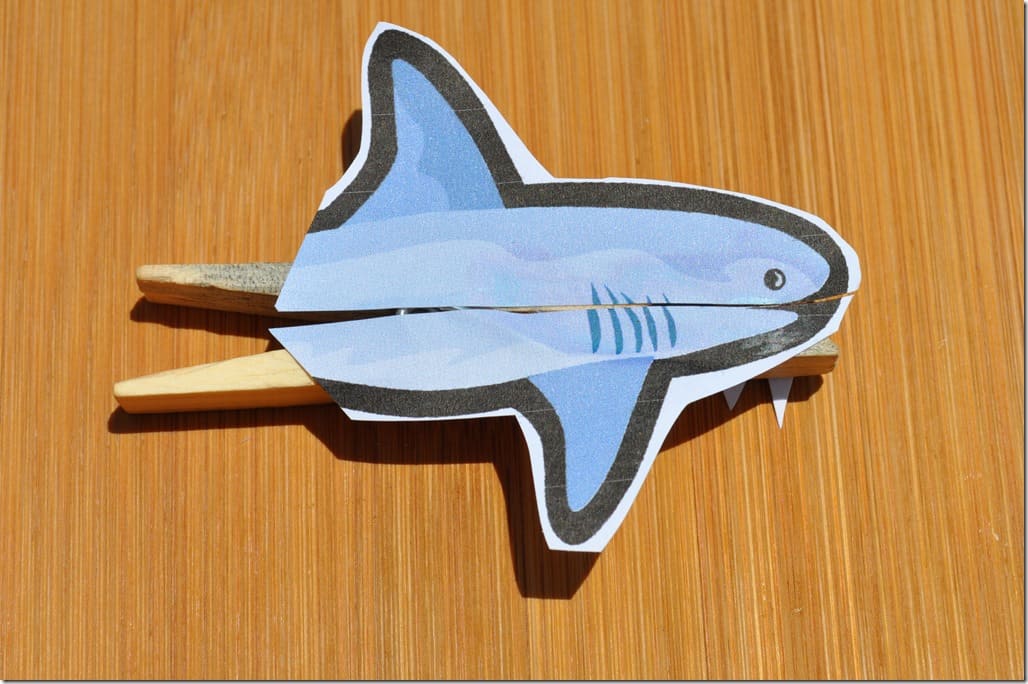 Once that glue dried, I also glued some teeth onto the back of the clothespin, so that when the shark opened his mouth, the boys could see his chompers. Obviously, that was their favorite part! 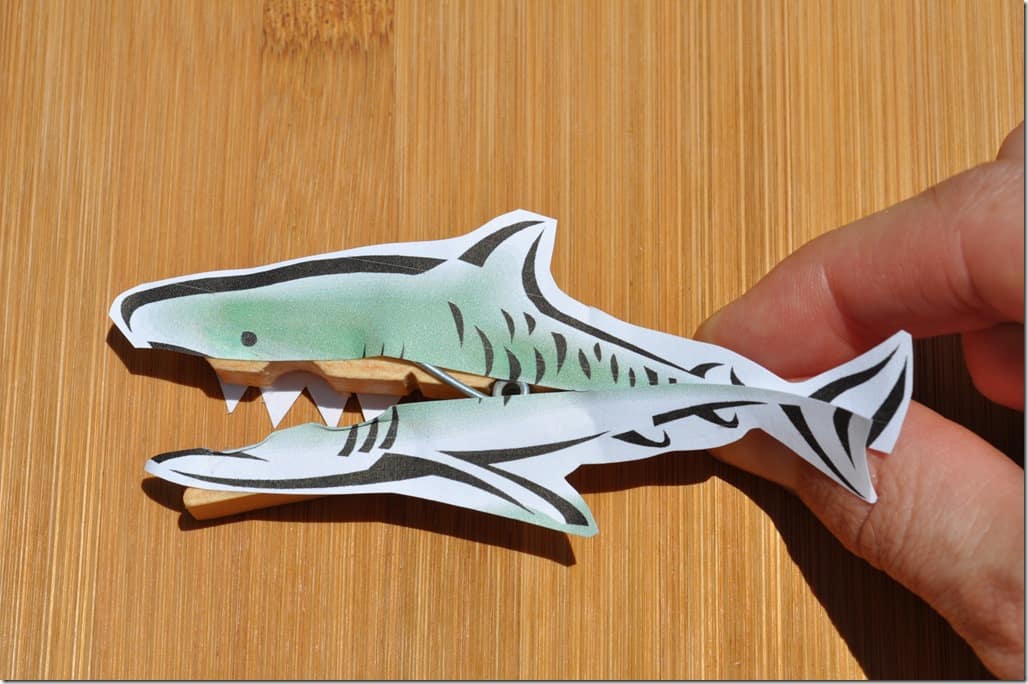 Our sharks bit down on just about everything in sight, including fingers, books, and each other. 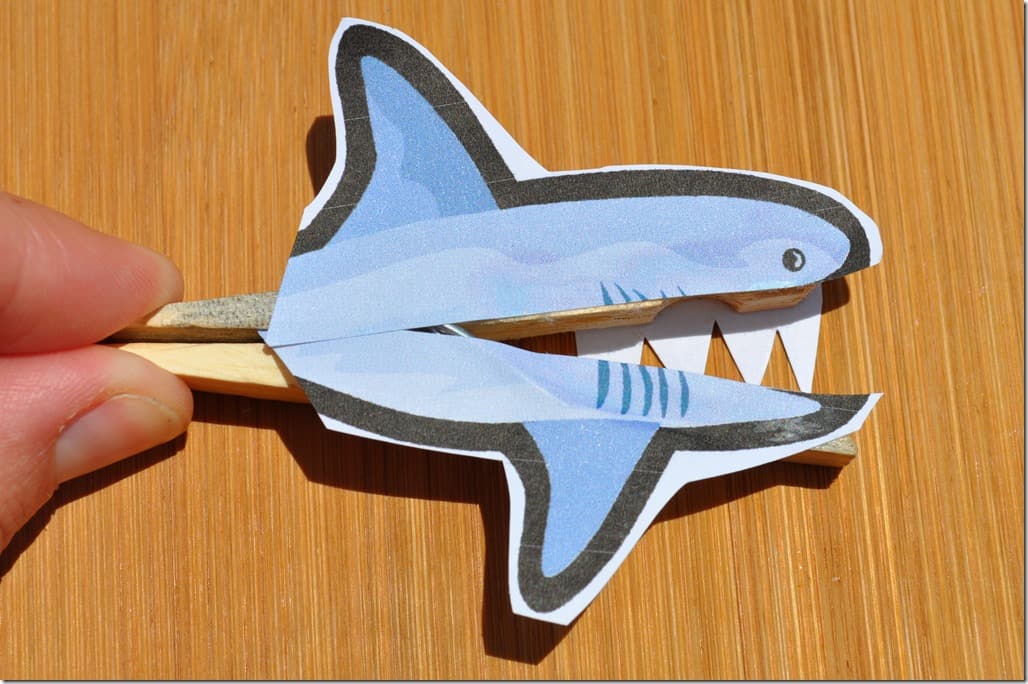 When each boy was armed with a sea predator, we sat down to read some shark-themed books. Our favorite? Sounds of the Wild: Ocean by Maurice Pledger. This whole series of books is really cool because the pages not only have pop-ups, but they also make the appropriate animal noises. The books include informative descriptions of the animals that are found in each illustration. My boys love these, and they had a great time making their sharks “swim” and “chomp” as we worked our way through the book. 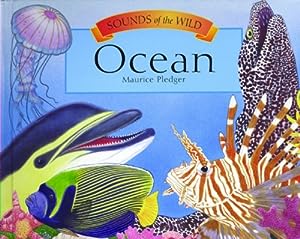 If you’re interested, the “Sounds of the Wild” series also includes books about dinosaurs, the forest, the jungle, birds, safari, and bugs. Basically, an option for anything that your kiddos love!

This was definitely a fun way to kick off our week, and be sure to stay tuned in the coming days for even more fish fun!