This week we’re talking all about “Music.” But, before we were ready to sit down and begin our first activity, the boys needed some fresh air and exercise. We headed out on a walk down a nearby quiet road (photos courtesy of my Iphone!). 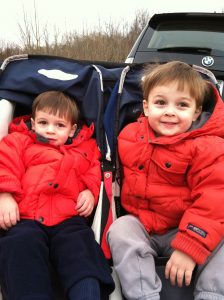 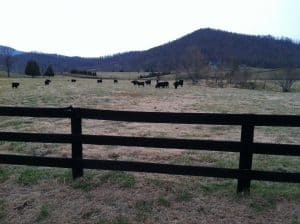 There were plenty of cows to talk to, which Casey enjoyed. 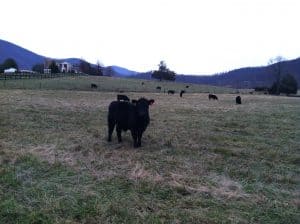 There was also a small stream – perfect for throwing rocks. 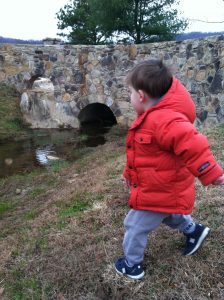 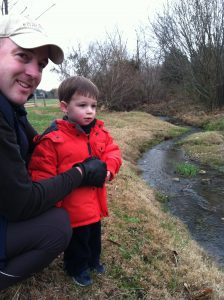 After spending some time in the great outdoors, the kids were ready to come inside, warm up, and sit down for some quiet time before lunch. We began by discussing the different types of instruments that we use to make music. Gibbs suggested that we bring the grand piano from his grandparents’ house into his house this morning. I told him that particular project might have to wait until another day. 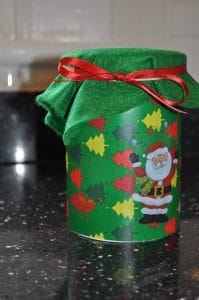 Today we were making drums. What more could two boys want? Something that they can bang on as loud and as hard as they want, without getting fussed at. Here we go:

We have moved quickly from Thanksgiving into the Christmas season, so we made “Christmas drums” by using Christmas wrapping paper and stickers. Of course, any paper of your choosing would work just fine. 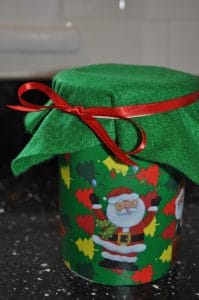 Since my boys are still very young, I cut the paper and taped it around the outside of the oatmeal container for them. I then covered the top with a square piece of green fabric, held the fabric down with a rubber band, and tied a ribbon around the rubber band (you know, to make it look nice). Too bad Casey proceeded to pull off the ribbon 30 seconds later.

The boys then used stickers to decorate their drums. 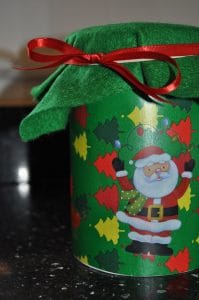 I handed each child a spatula to use as a drumstick (a wooden spoon, pencils, even your own hands would work), and with that we were off and marching. After some initial banging, the kids settled down to watch Baby Einstein’s World of Rhythm DVD while I prepared lunch. They banged right along with the drums on the screen! 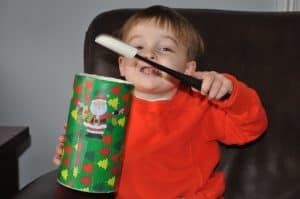 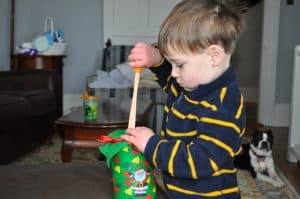