Hey, friends! After the craziness and stress of last week, I'm happy to report that life around here is beginning to settle into a routine again. Our water is working, my mom is recovering, and we had another full week of sports practices, field trips, and easy dinners. Time for a roundup of Our Week in Meals!

We were still at my parents' house on Sunday morning because our well pump was out of commission at home (and we therefore had no water in the house). Since the kids were up at 5:00 a.m., I took the younger two boys outside for a sunrise adventure before we had to jump in the car to make the drive back to Madison. 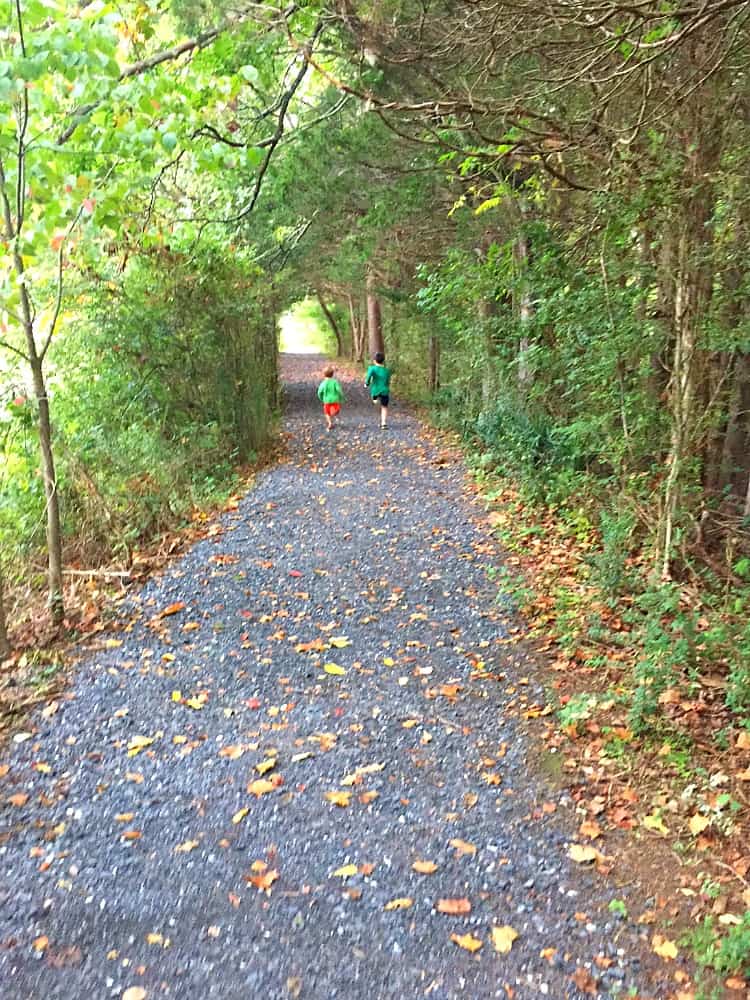 Throwing rocks in the pond never gets old. 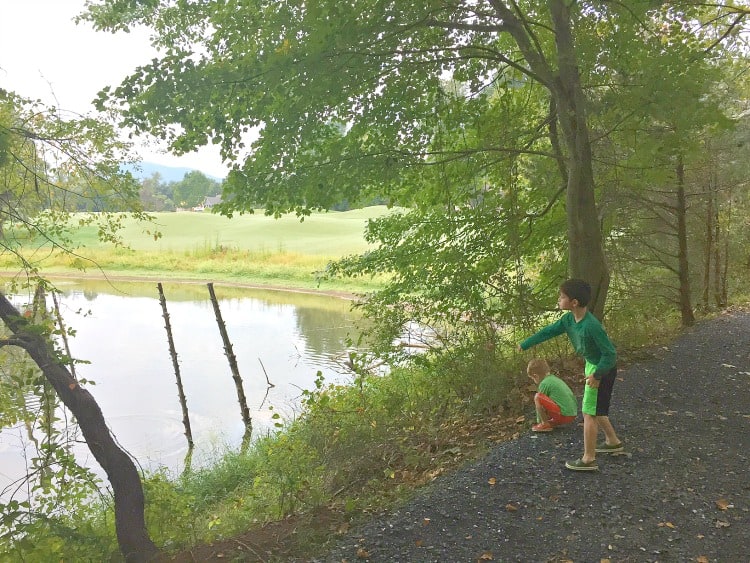 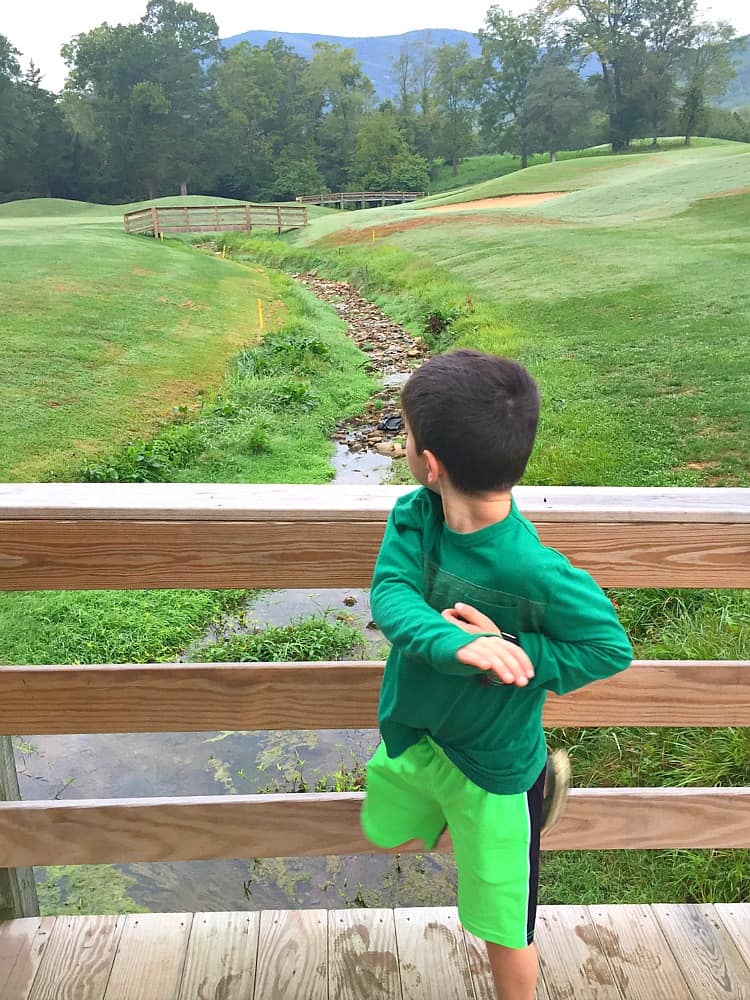 Hunting for golf balls was a great success! 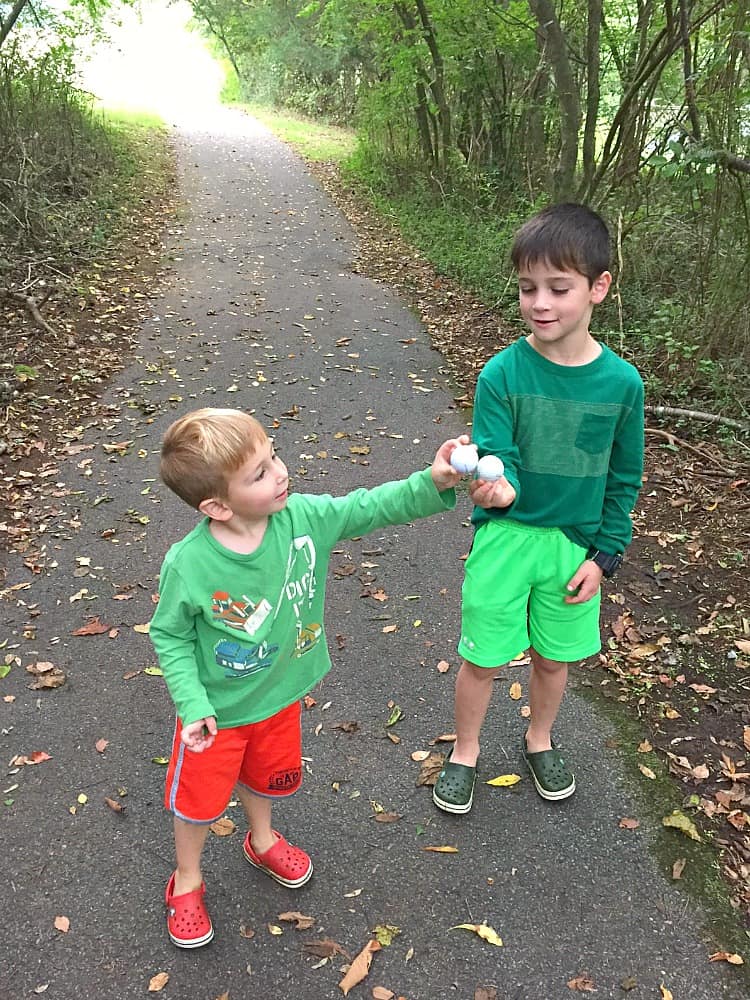 Keith was out of town on vacation, so the kids and I came to the house to meet the plumber that was scheduled to arrive. The rest of my day was spent waiting while he did some testing and repair. Gibbs caught a ride to his soccer game with our friends (thank you, Nick!!!), since I wasn't able to leave the house. 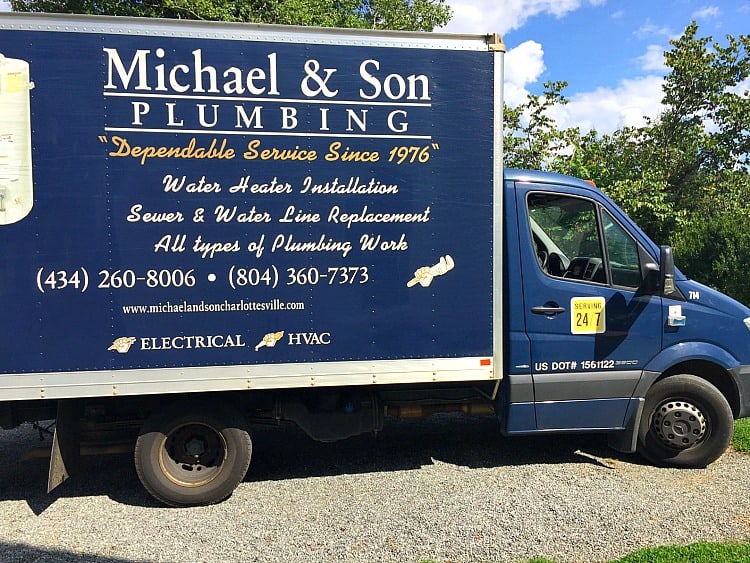 Fortunately our water was was working again by dinnertime, so I made this 5-Ingredient Dump-and-Bake Cream of Mushroom Chicken (recipe was from a reader, and I will share it in a separate post soon). I served it with noodles and broccoli, and it tasted fab. 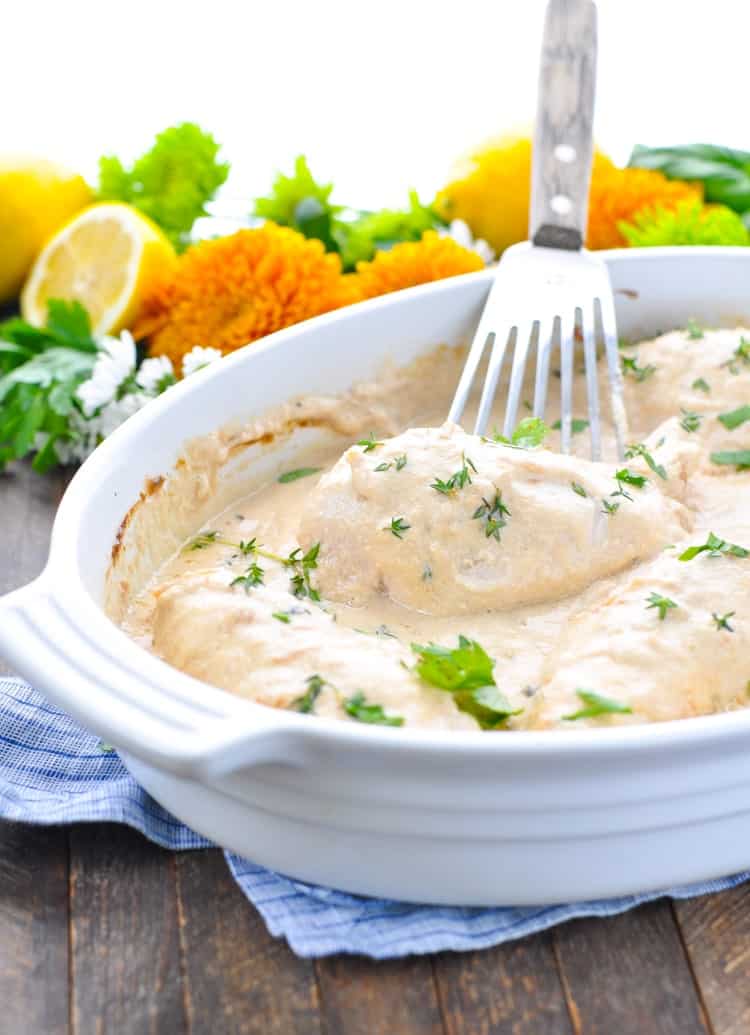 We also had this oldie-but-goodie Pineapple Orange Fluff Salad on the side! Love that you can just stir everything together in about 5 minutes! 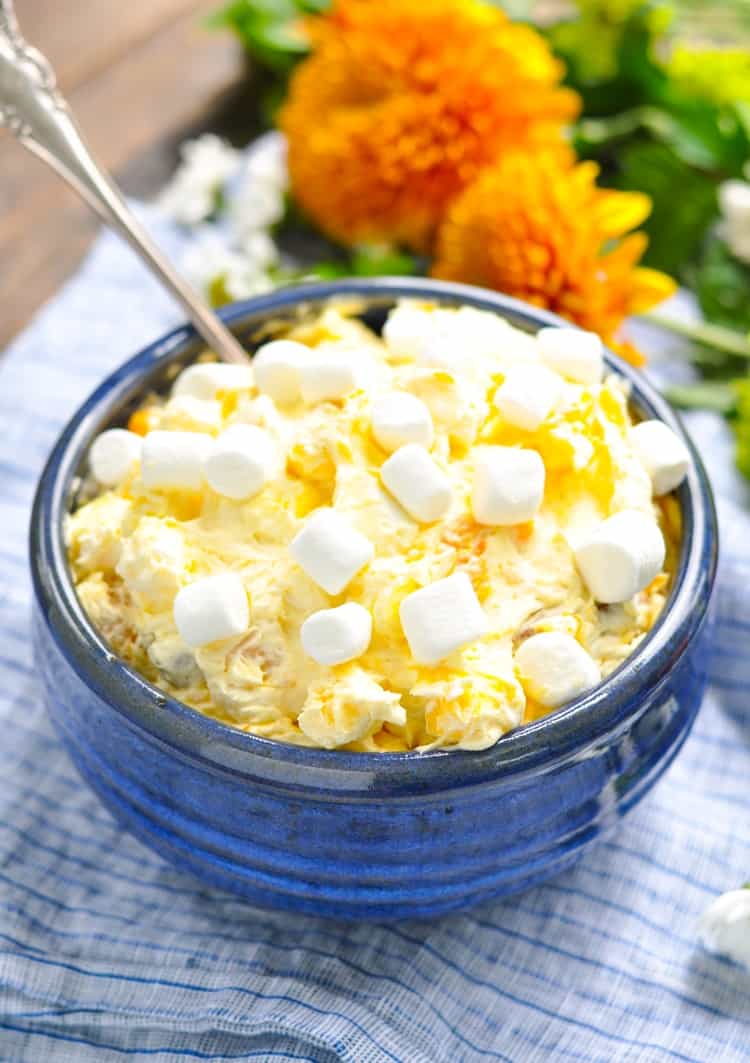 Keith arrived home from his trip later that evening, and I crashed into bed shortly thereafter. It was a crazy weekend, and I was completely exhausted!

I was so relieved that this little guy went to school on Monday morning with a smile on his face -- no tears!

That "Froggie" still goes everywhere with us! 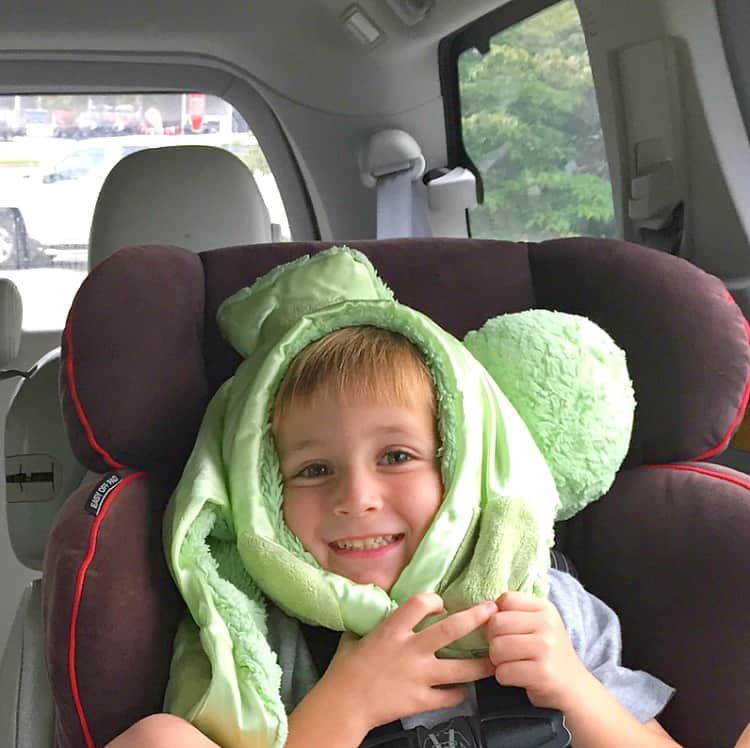 While he was in school for the morning, I went for a walk with my friends Mollie and Sallie, and then had a nice long chat on the phone with Sarah while I took care of some housework in the background.

The older two boys both had soccer practices that evening, so I planned a very easy slow cooker meal for supper. This Slow Cooker Southern Sweet Onion Chicken was taken straight from the Simply Mailed meal plan this week! It's great over rice or tucked inside a hoagie roll as a sandwich, but this time I served it over extra pasta from Sunday and a side salad. 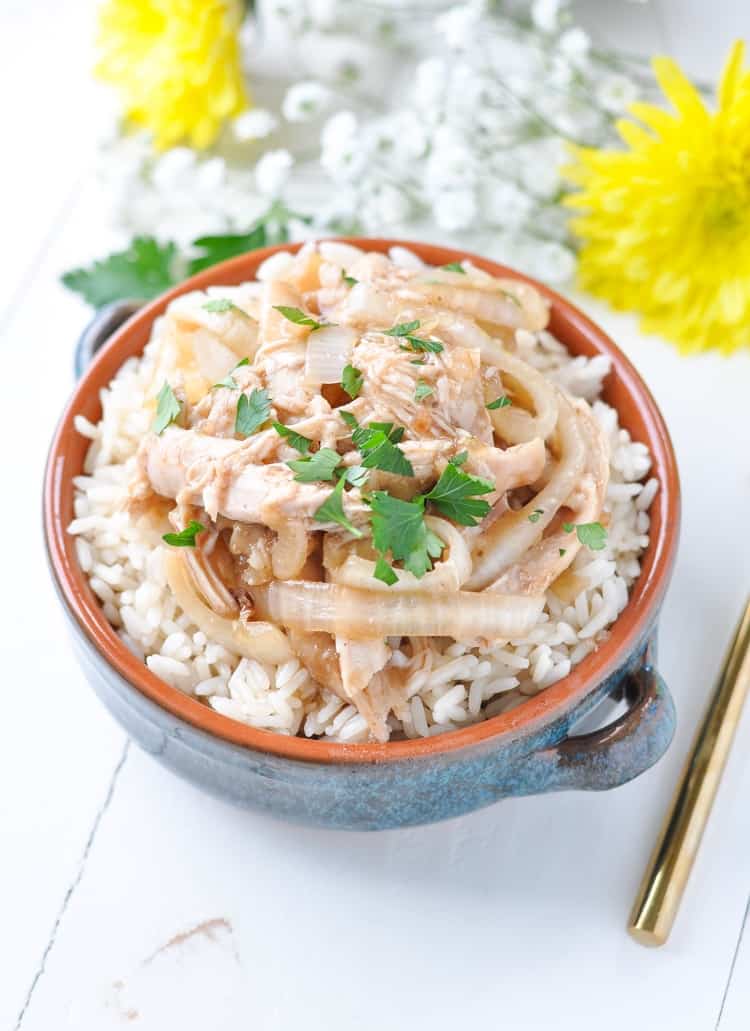 My mom was home from the hospital and recovering from knee surgery this week, so Spence and I drove about an hour south for a visit on Tuesday. We stopped at both the grocery store and Costco on the way down so that we could bring a few items to my parents. 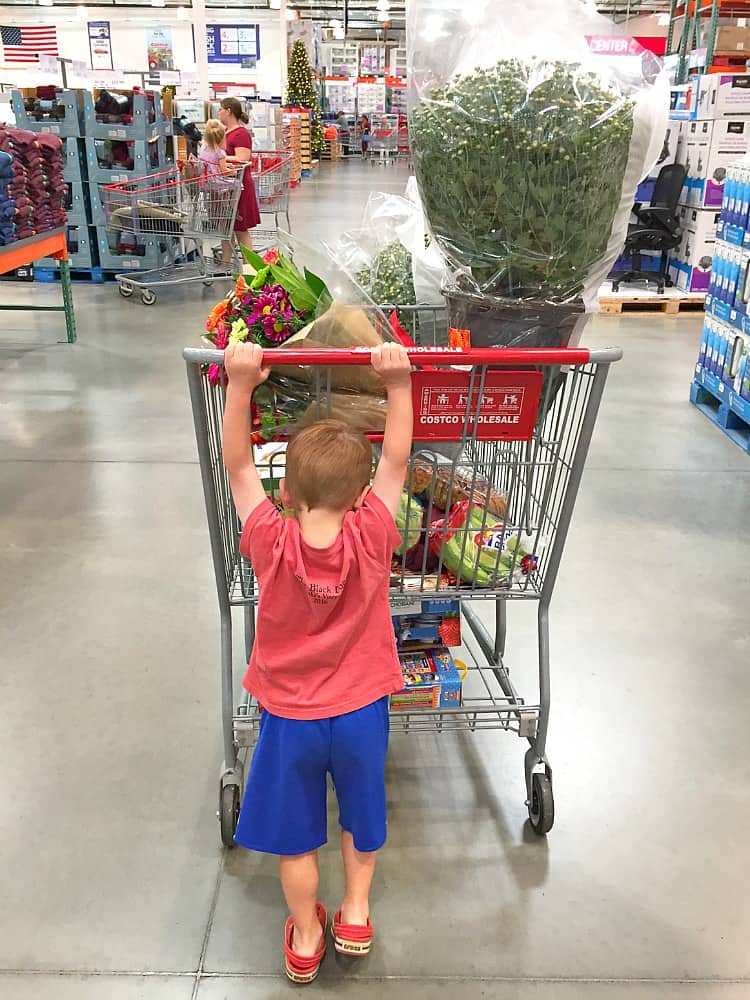 For lunch I picked up the Chinese Chicken Wraps from Costco, which my mom and I love. 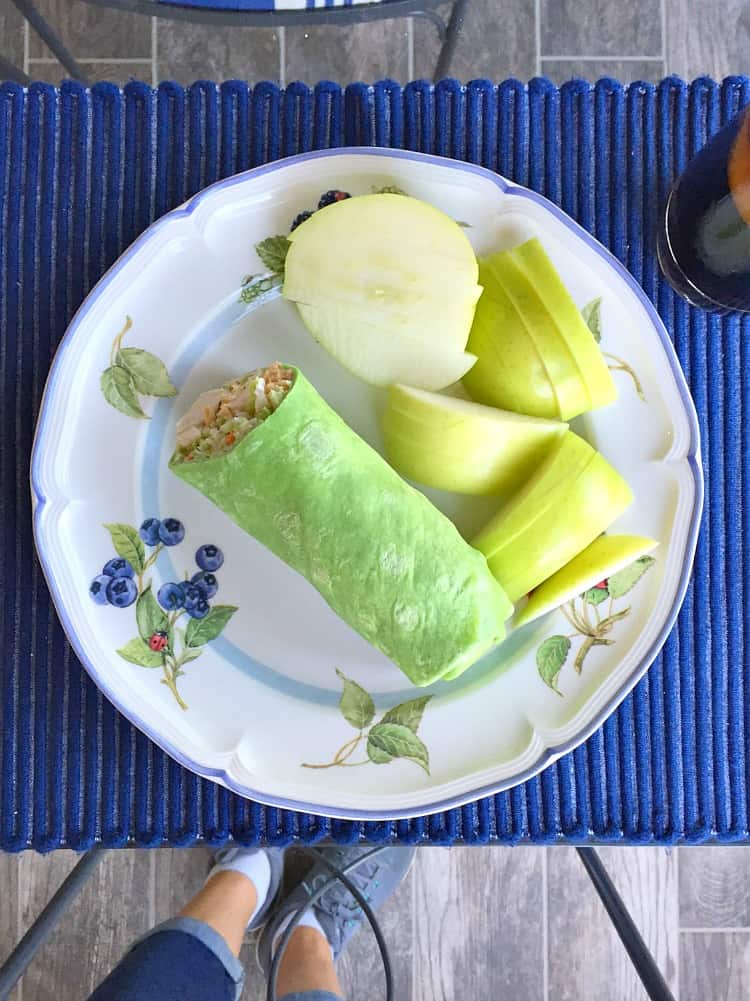 I wanted to test a new recipe for Pear Crisp, so I baked my parents a dessert while I was there and instructed them to give me feedback when they enjoyed it after dinner! 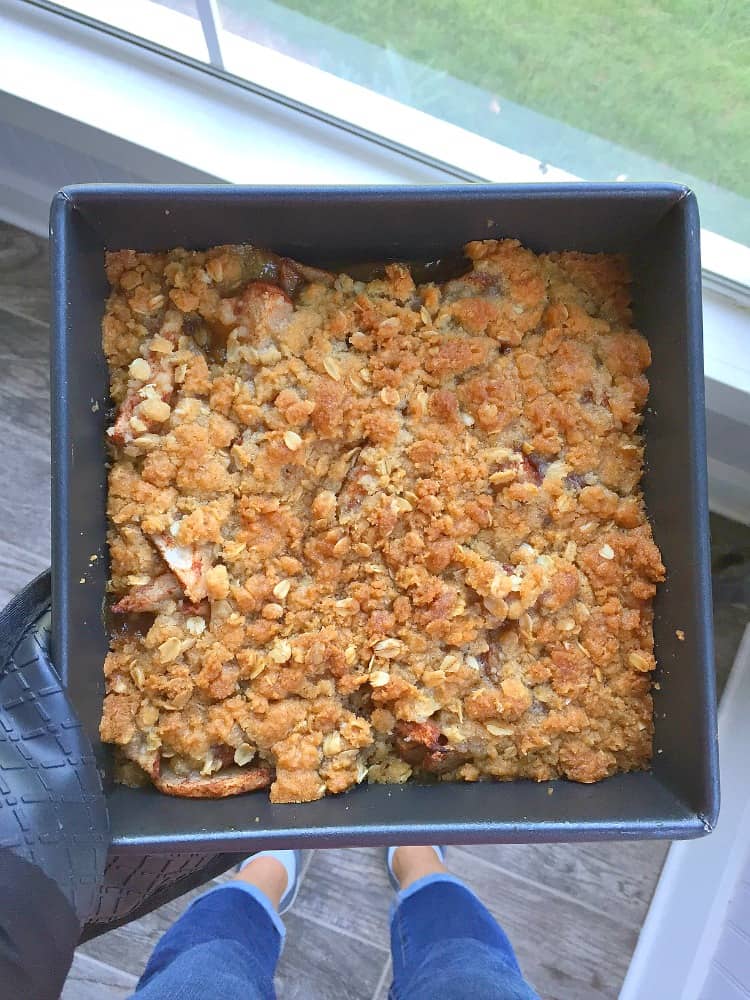 We also took Tiller for a walk before heading back north to get the older boys from school.

He took this job very seriously and didn't even want to smile for a photo. And yes -- his shoes are on the wrong feet!???? 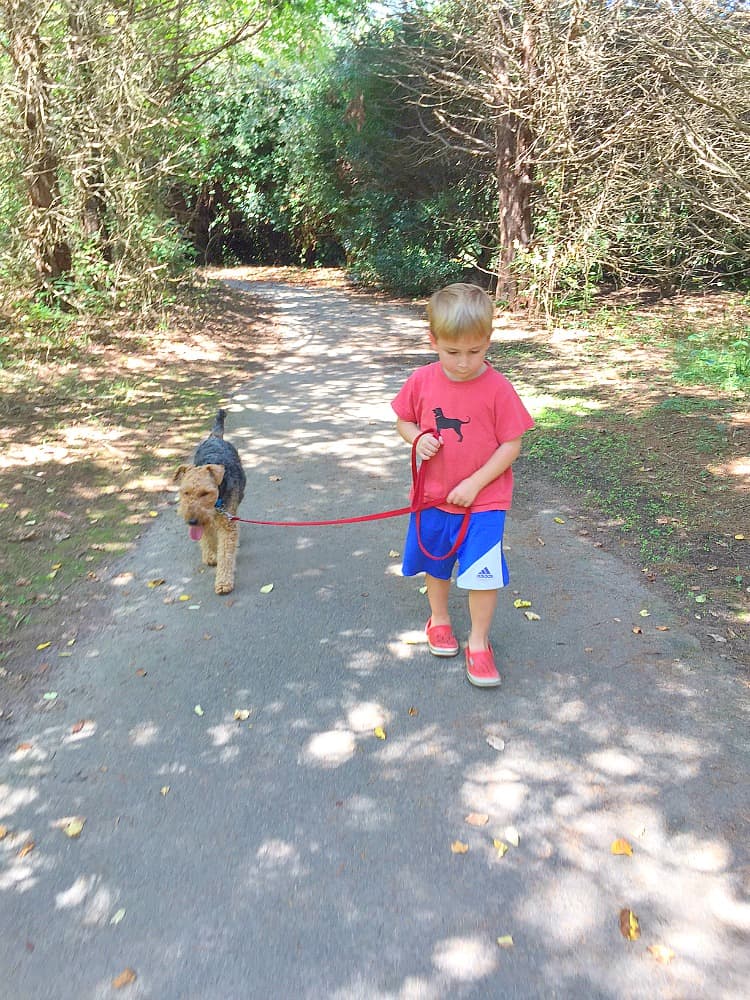 Dinner was the world's easiest Dump-and-Bake 3-Cheese Baked Ziti! I served it with a Caesar salad and a loaf of French bread -- both of which I picked up from Costco that morning. 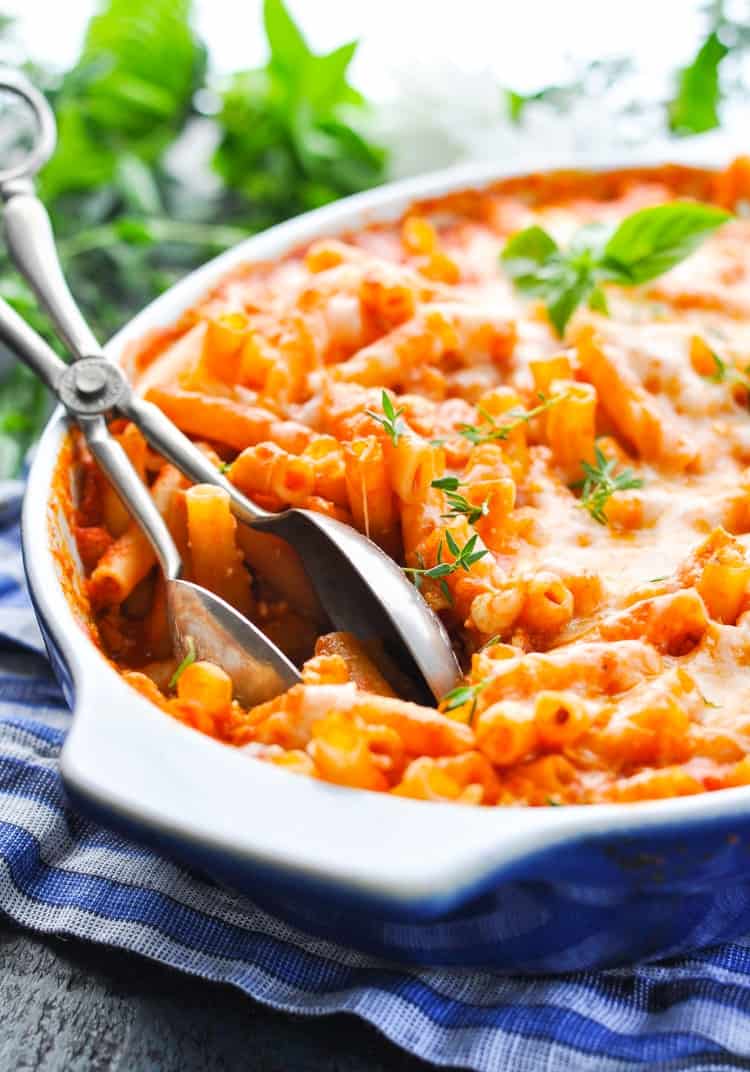 On Wednesday morning I met Mollie and Sallie for a pretty walk outside, 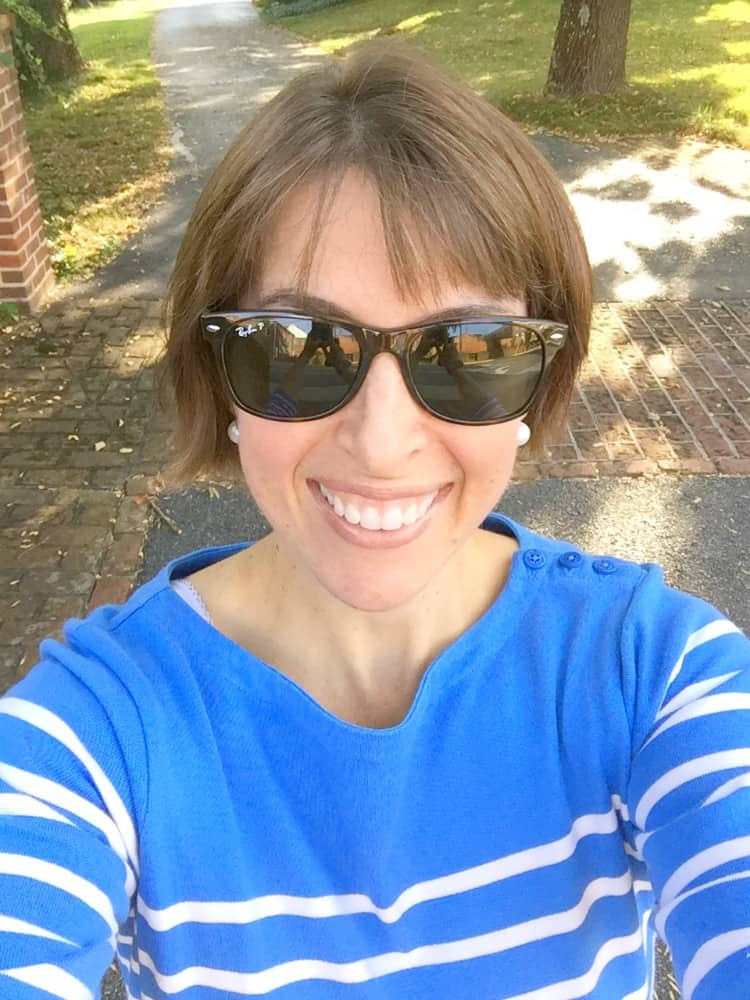 It started off nice and cool, but quickly got very HOT. 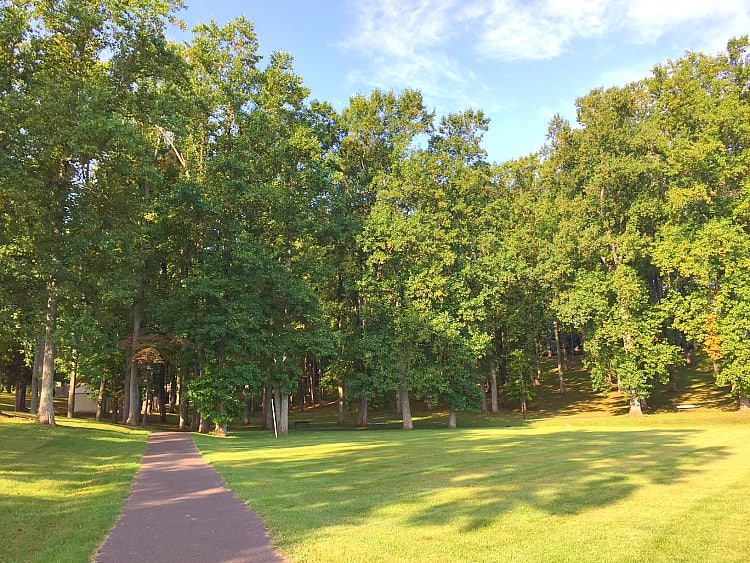 grabbed a quick snack that tasted (kind of) like pumpkin pie,???? 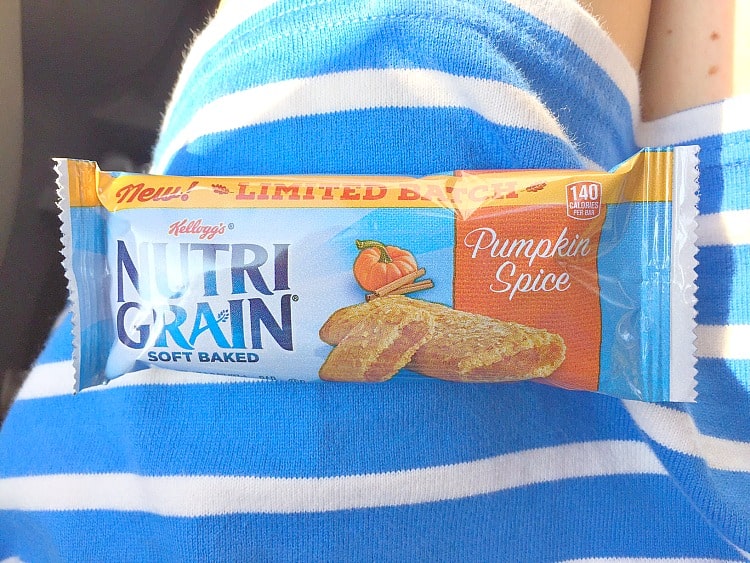 and then joined Spencer and his preschool class for a walking field trip to story time at the library.

He was more interested in taking selfies with my phone than in listening to the stories... 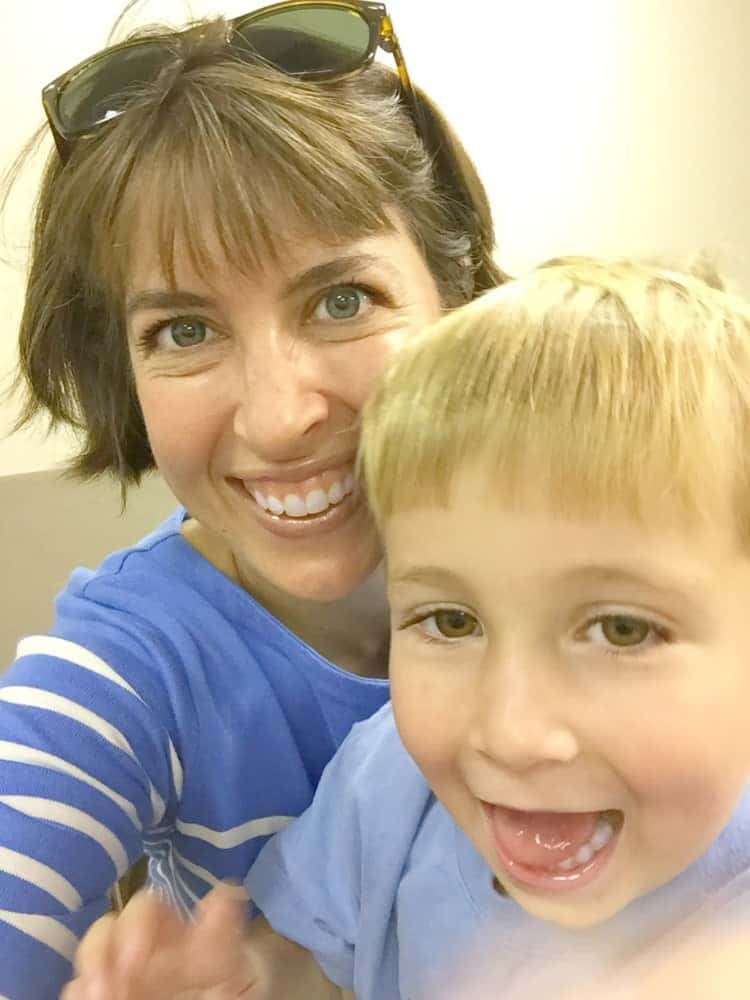 Gibbs had soccer practice that evening, so I pulled some Bacon Cheeseburger Pockets out of the freezer for an easy supper. These were on the Simply Mailed meal plan this week too, and they came together so easily with some fries and carrot sticks with dip. They're like homemade Hot Pockets!???? 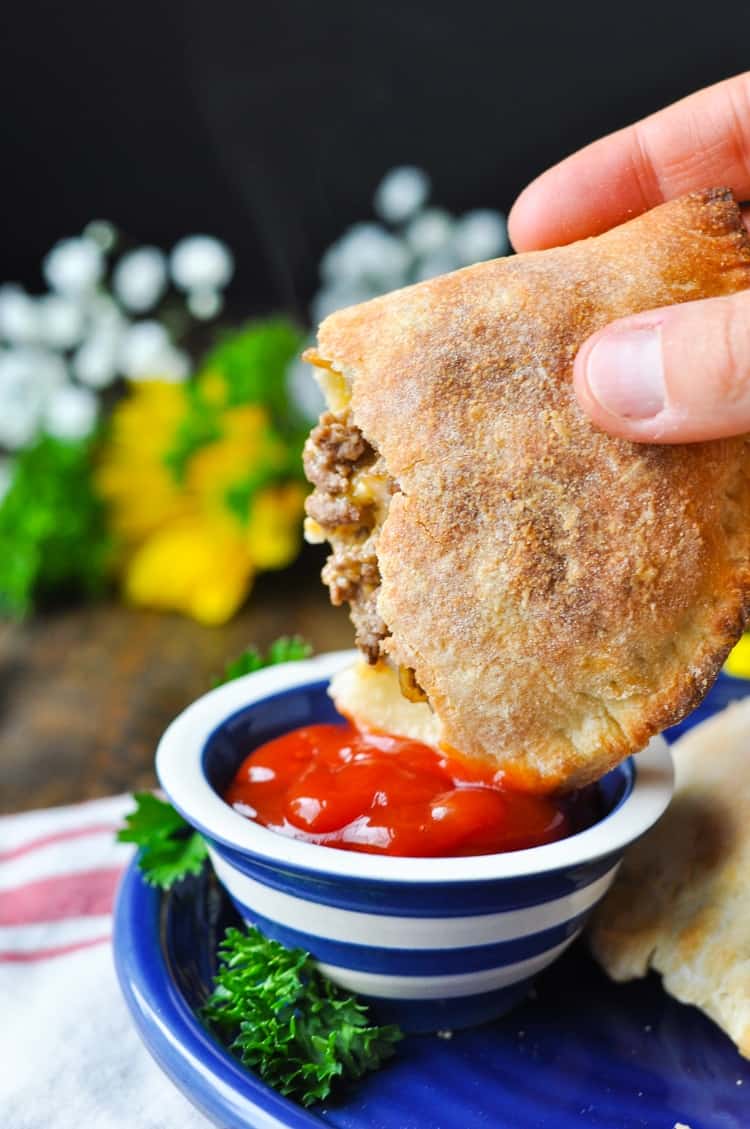 Thursday was another full day! Spencer and I stayed home in the morning so that I could test a few new recipes, and then we ran into Orange for a preschool Board meeting at noon. 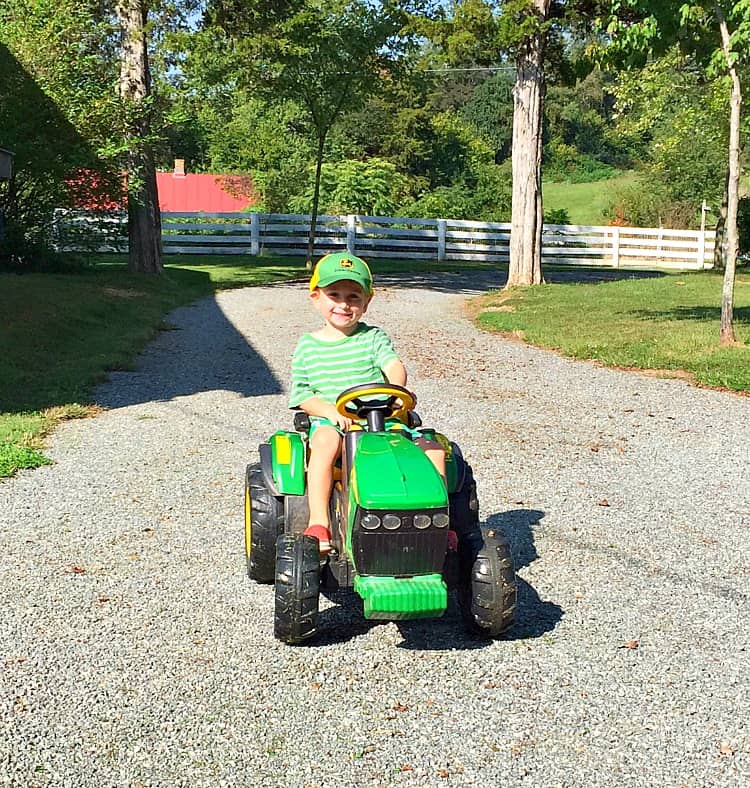 I fed everyone an early supper around 5:00 before our babysitter, Emily, arrived for the evening. We had this 4-Ingredient Crescent Roll Ground Beef Casserole, which is another recipe that I received from a reader. It was awesome (and very easy), so I'll be sharing the details on the blog soon! I made a salad to serve on the side as well.

Then Keith and I were off to Back-to-School Night so that we could meet the older boys' teachers. 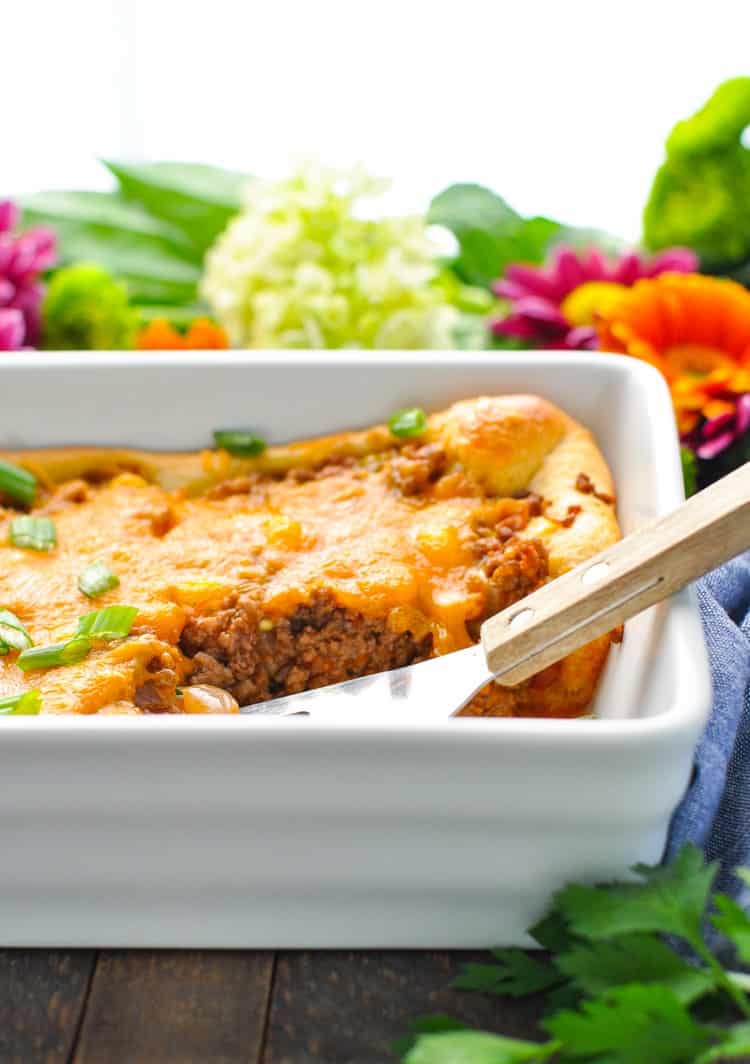 On Friday morning I baked a quick loaf of this pumpkin bread, since the kids have been requesting it ever since I made a batch for my parents last week. 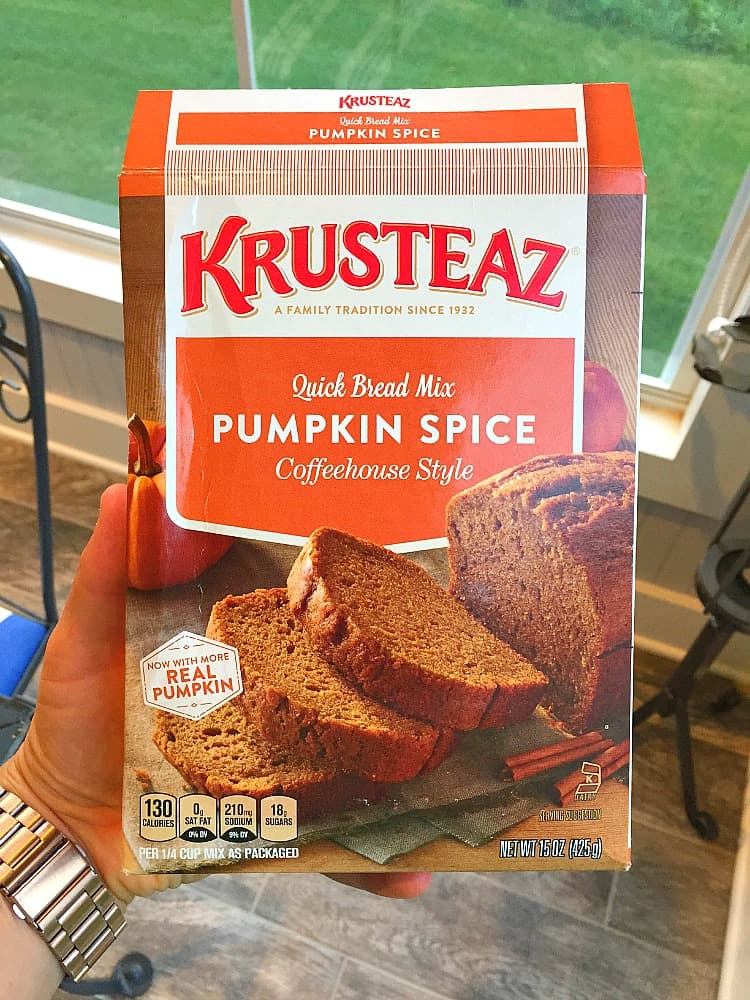 I took a walk while Spencer was in school, and chatted with my friend Erica on the phone the entire time since her youngest son was also in preschool. Uninterrupted conversations with your college roommate are hard to come by when there are little ones in the mix!

For dinner that evening I served a cool-weather comfort food dinner -- even though it was 80+ degrees outside! I'm in fall recipe mode and I was testing a new Thanksgiving turkey dish. I'm happy to report that this Garlic & Herb Roast Turkey Breast was tender, juicy, flavorful, and crispy...and it will be on the blog in the coming weeks!

On the side we had Stove Top Stuffing and these Bacon Collard Greens. Delicious!

And I finally nailed the Easy Pear Crisp recipe that I've been working on! After some feedback from my parents (the initial guinea pigs), I tweaked the recipe and made another batch on Friday. It was a home run! This dessert deserves a post of its own, so stay tuned for the details later this week. Ohmygosh. Perfect way to kick off the weekend!

Saturday morning started bright and early when Casey had soccer team photos at 8:00 a.m., followed by a 9:00 game. 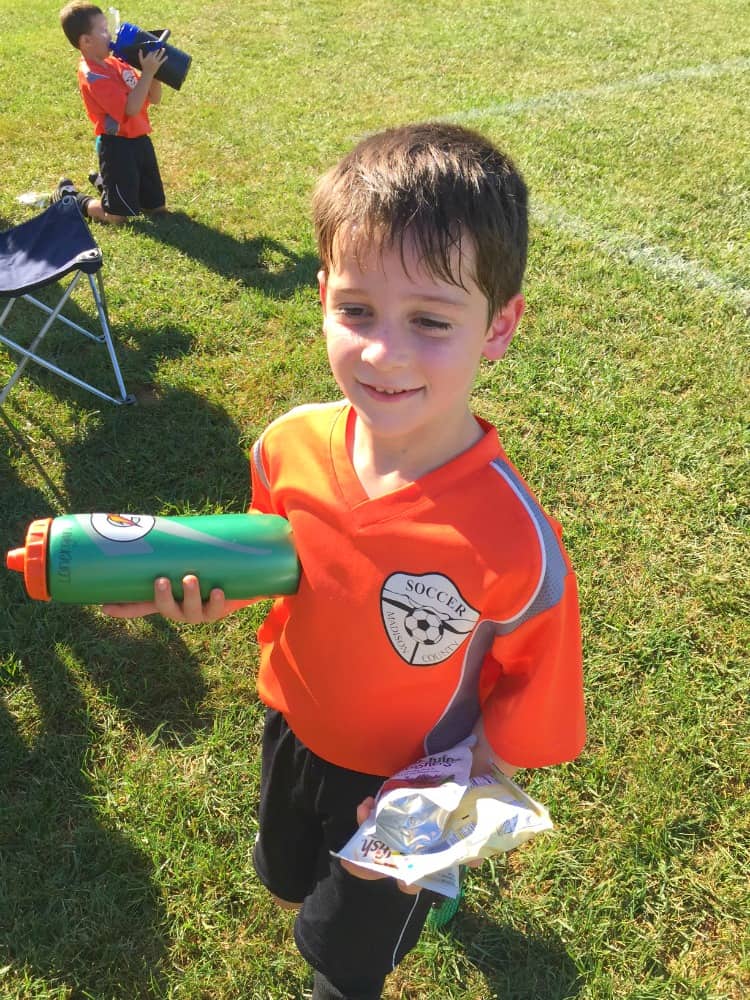 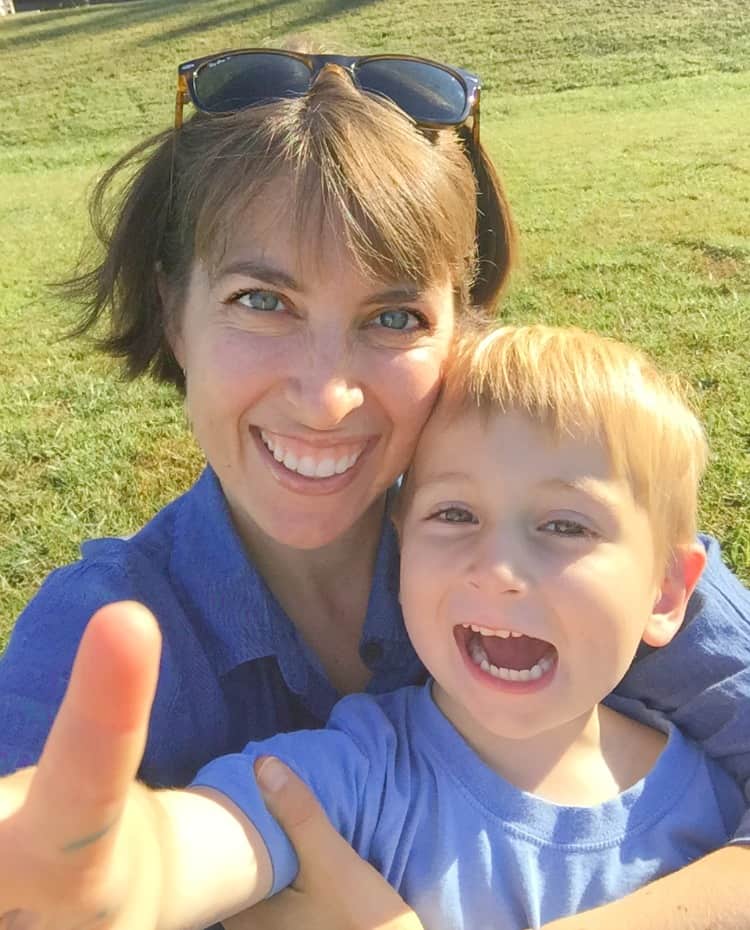 And that's basically where my photos stop for the week...

We came home from Casey's game for a quick lunch before Gibbs's game, but I wasn't feeling very well. Long story short, I caught a stomach bug that has been working its way through the local school children. Keith took Gibbs to his soccer game in the afternoon while I stayed home with the younger boys. A fever, vomiting, etc...and I wasn't eating anything more the rest of the day! Keith did us all a favor and took the kids out to a sports bar for dinner last night, and they didn't seem to mind at all! 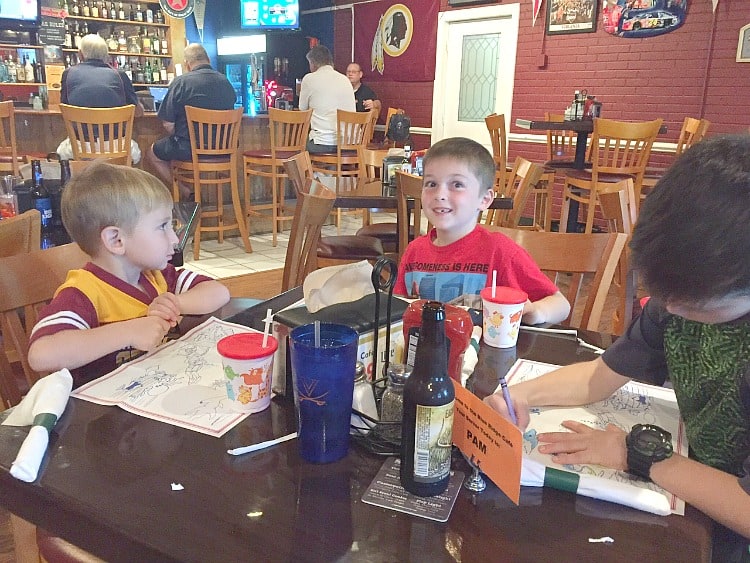 The good news is that I'm feeling much better this morning, so we're off and running again. Fingers crossed that my boys don't get it next!

Need some help planning your family's meals? When you join Simply Mailed, I will send you 3 quick-prep dinner recipes and a grocery shopping list each week (for less than $1 per week!!!). This super-affordable service takes the stress out of dinner, saves you time and money, and brings your family together at the end of the day. There are even options for smaller households of just 1 or 2! 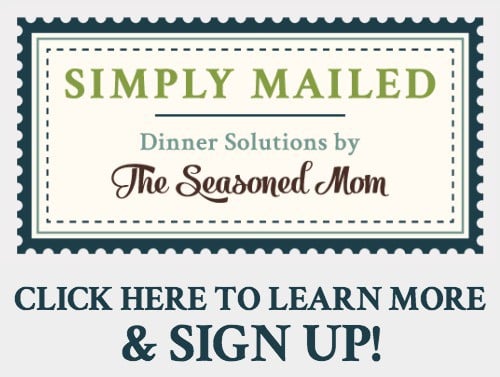