Good morning, and happy Sunday! This week we launched a new version of my website, as many of you have probably already noticed. It’s been a work-in-progress with my developers for almost a year now, and was designed entirely with you — the reader — in mind.

We hope that the website will be faster, more useful, and more user-friendly, as you discover new recipes and meal inspiration in the coming months. In addition to some subtle rebranding, the real differences can be found “under the hood.” There are more categories and better search capability as well, so that you can always find exactly what you’re looking for. We hope that you love it!

The rest of the week was more of the usual — kids’ sports, Halloween prep, new books, and plenty of tasty meals. All of the highlights, along with each of our dinners, are included in today’s roundup of Our Week in Meals!

For those of you who are new to the blog, Our Week in Meals is where I share a little bit about what we’ve been up to over the past week — as it relates to our dinners each night. This series gives you a glimpse “behind the scenes” at some highlights from our life, shows you how I balance a busy schedule with feeding my family, and offers a few new ideas for your own weekly meal plan. Now, let’s back up to last weekend…

I met three of my friends for an early walk at Mollie’s farm on Sunday morning,

and took the younger boys to learn to play roller hockey in the afternoon.

which we paired with a Caesar salad and my homemade soft pretzels (and a beer cheese dip recipe that I’ll share here on the blog soon). Perfect for football Sunday!

How about this week’s book chat? First up: Kate Quinn’s newest historical fiction, The Diamond Eye. I didn’t think this one was as good as some of her others, but I did find the true story fascinating. The ending was just a bit forced, and the plot dragged on a bit.

I really loved a novel that my mother-in-law shared with me called When We Believed in Mermaids by Barbara O’Neal. Highly recommend this one! Here’s the quick summary from Amazon:

Josie Bianci was killed years ago on a train during a terrorist attack. Gone forever. It’s what her sister, Kit, an ER doctor in Santa Cruz, has always believed. Yet all it takes is a few heart-wrenching seconds to upend Kit’s world. Live coverage of a club fire in Auckland has captured the image of a woman stumbling through the smoke and debris. Her resemblance to Josie is unbelievable. And unmistakable. With it comes a flood of emotions―grief, loss, and anger―that Kit finally has a chance to put to rest: by finding the sister who’s been living a lie.

After arriving in New Zealand, Kit begins her journey with the memories of the past: of days spent on the beach with Josie. Of a lost teenage boy who’d become part of their family. And of a trauma that has haunted Kit and Josie their entire lives.

Now, if two sisters are to reunite, it can only be by unearthing long-buried secrets and facing a devastating truth that has kept them apart far too long. To regain their relationship, they may have to lose everything.

And finally, a light, predictable romance that was still a fun read: The Friend Zone by Abby Jimenez. I enjoyed the characters and felt like they were my friends by the end!

Back to the work and school routine on Monday morning! I went for an early walk once the kids were out the door…

…and my neighbor left me these Halloween-themed chocolate-covered pretzels to find at the end of her driveway! She was returning the mason jar that I recently gave her full of granola, and she knows that my boys love her treats.

I took Casey to an orthodontist appointment around lunchtime, went back to the school to get the kids later that afternoon, and fed everyone an early supper before Gibbs’ soccer practice. We had chicken quesadillas with corn and black beans, as well as chips, salsa, and homemade guac.

I walked with Mollie on Tuesday morning, and then spent the rest of the day on work-related meetings and errands. I made a quick stop at Yoder’s for our weekly staples, grabbed lunch and bagels at Panera, and also picked up Halloween goodies for Spencer’s class at the Target in Culpeper. Lots of running around!

This autumn squash soup, baguette, and fuji apple salad were glamorously enjoyed in my lap in the car while waiting for my Target order. Hah!

We had sheet pan smoked sausage and potatoes for supper…

…and I roasted some other root vegetables to have on the side. Plus the kids’ favorite pumpkin bread! Then out the door for the younger boys’ soccer practices…

I spent a rainy, gray Wednesday working at the house until it was time to get the kids from school.

Since I had a late afternoon meeting at the School Board office in town, I made dinner in advance and left it on the stovetop for Keith and the boys to reheat before soccer practices. We had Texas chili…

…along with pumpkin cornbread. Love it for breakfast, too! I used my new 9-inch cast iron skillet instead of the usual 10-inch skillet, which worked even better, since it yielded thicker slices. Don’t let autumn pass you by without making this super-simple, quick recipe!

Thursday started with a morning walk with my friend Ashley and her new puppy, followed by another typical work day of Zoom meetings, cooking, photos, and the like.

I also spent some time filling these candy bags for Spencer’s Halloween class party the next day. ‘Tis the season…

We didn’t have any sports practices that evening, so I made chicken and noodle casserole, along with peas and biscuits, and we all ate at a normal time. Small miracle!

Finally Friday! I went a chilly morning walk to get some fresh air…

…and then took a meeting at Keith’s office afterwards.

He picked up subs for us at Jersey Mike’s in Culpeper, so we had a “lunch date” once I was finished. The BLT was gooooood…

Gibbs had golf that evening, which meant a later supper once everyone was back home: meatball soup with cheese tortellini, as well as garlic breadsticks and a Caesar salad on the side. This is a great “weeknight” soup, since everything comes together in about 30 minutes, with almost zero prep work (think, store-bought frozen meatballs and tortellini that cooks right in the broth!).

Saturday got off to a very early start for the first of three soccer games that day. Casey and I drove about 90 minutes northeast to Fredericksburg for his game, Gibbs played in Madison, and we eventually reunited at Spencer’s game in Charlottesville.

My parents took us out to get ice cream afterwards as a part of an early birthday celebration for me (they’ll be traveling on my actual birthday).

After all of that, it was a very quiet evening at our house — complete with college football on TV and takeout pizza for dinner!

So there you have it — another week of easy dinner ideas! I hope that you’ve found some new inspiration for your own table in the days ahead. As always, thank you for being here! 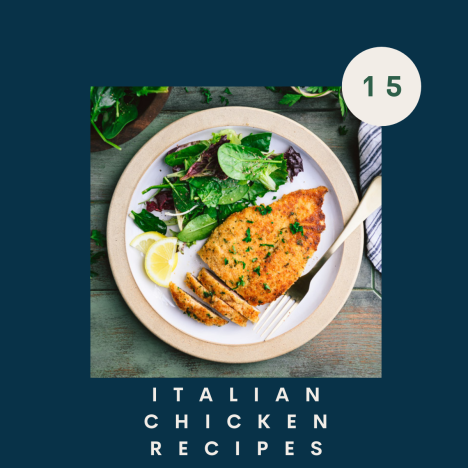 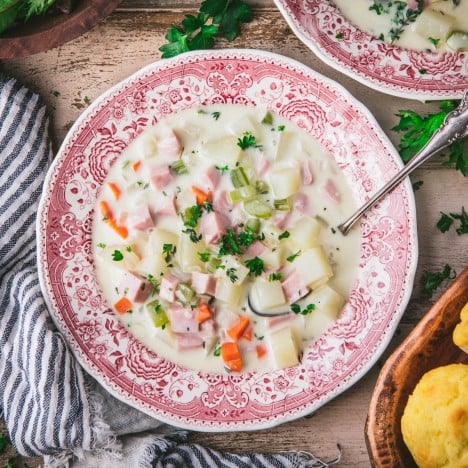 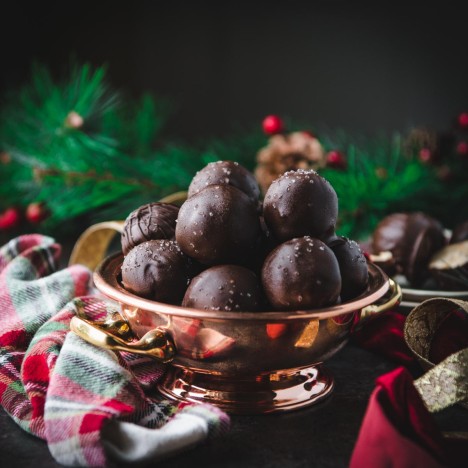 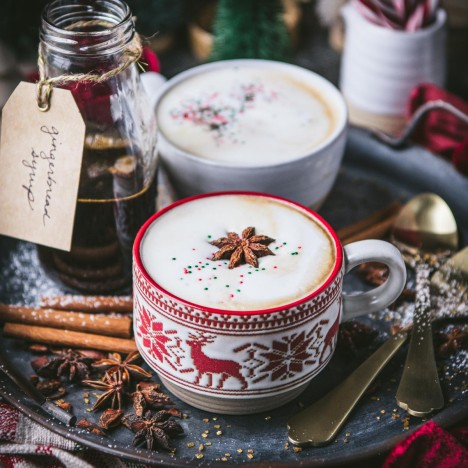 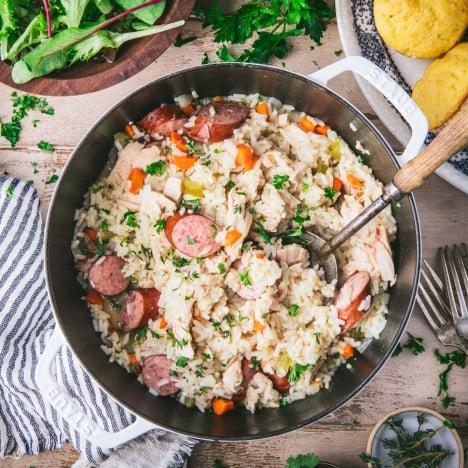