When I was trying to come up with fun ideas for a “Nursery Rhyme” week, I knew that I wanted to get the boys outside and moving. These Nursery Rhyme Games are perfect activities to help your kids learn these classic rhymes while acting them out! 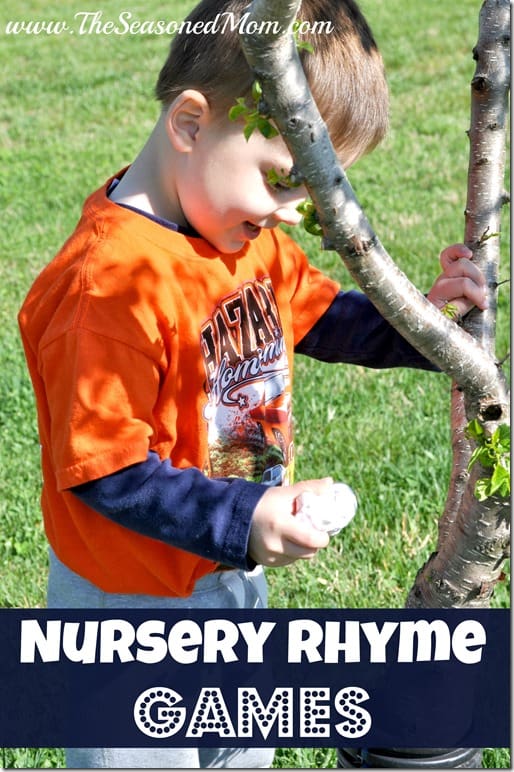 I used the following supplies for 4 different games: a book of nursery rhymes, a bucket, a candle, eggs, and a toy sheep. 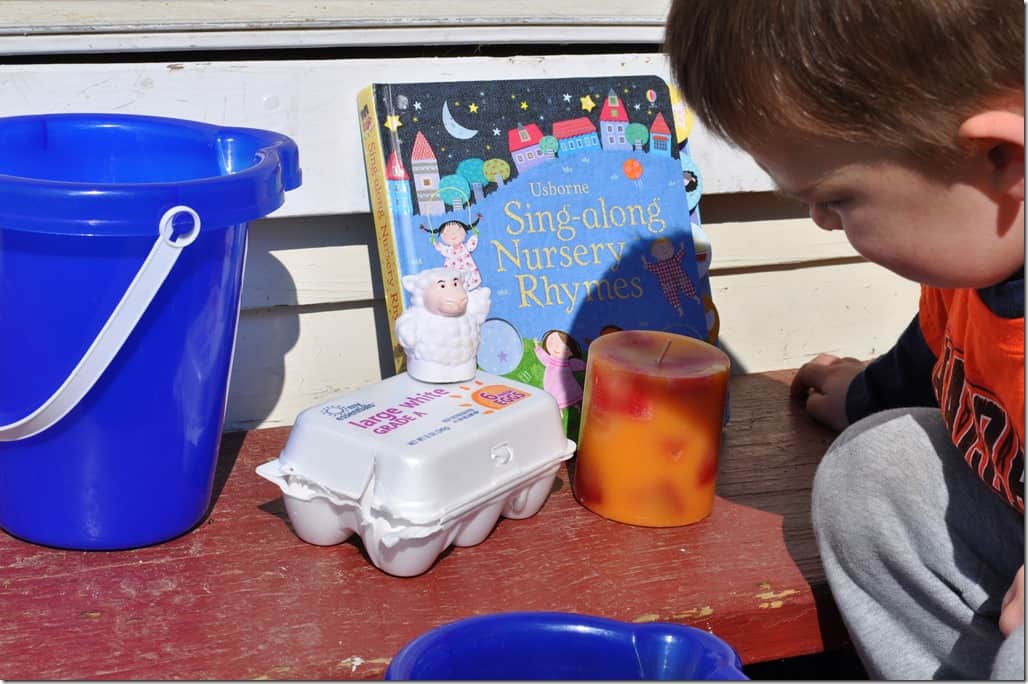 Once I had gathered my supplies, it was time for the games to begin!

We started by reading a few nursery rhymes from the book so that we were familiar with the stories. 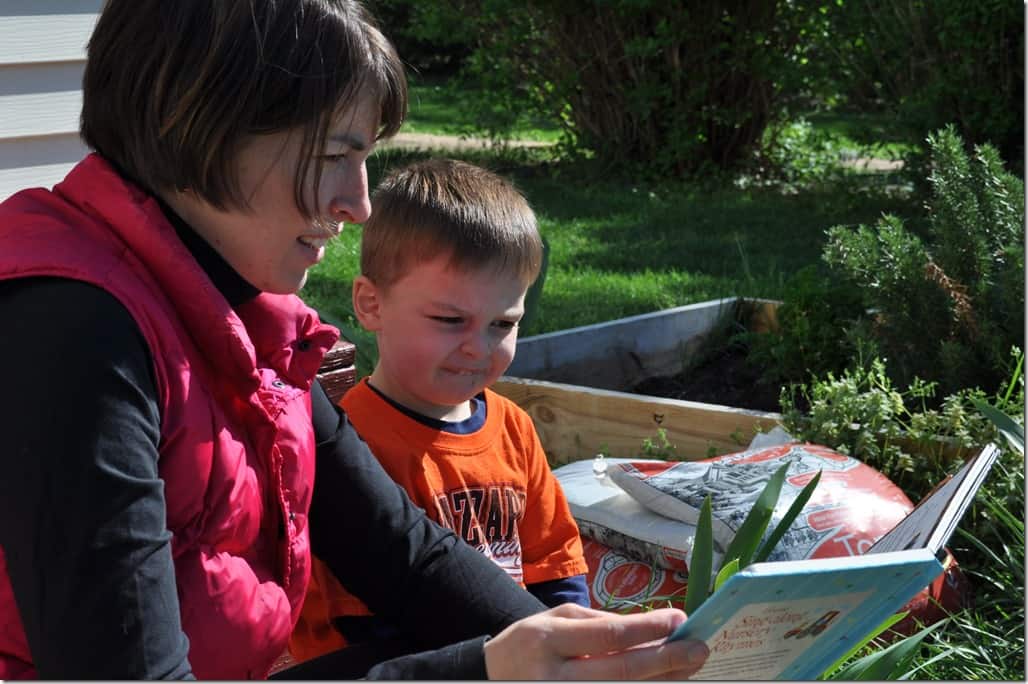 I just filled up a “pail of water” for each boy and placed it at the top of a small hill in our yard. Then we recited the Jack and Jill poem before the boys took off up the hill. We made it a race to see which Jack could fetch his pail of water first. 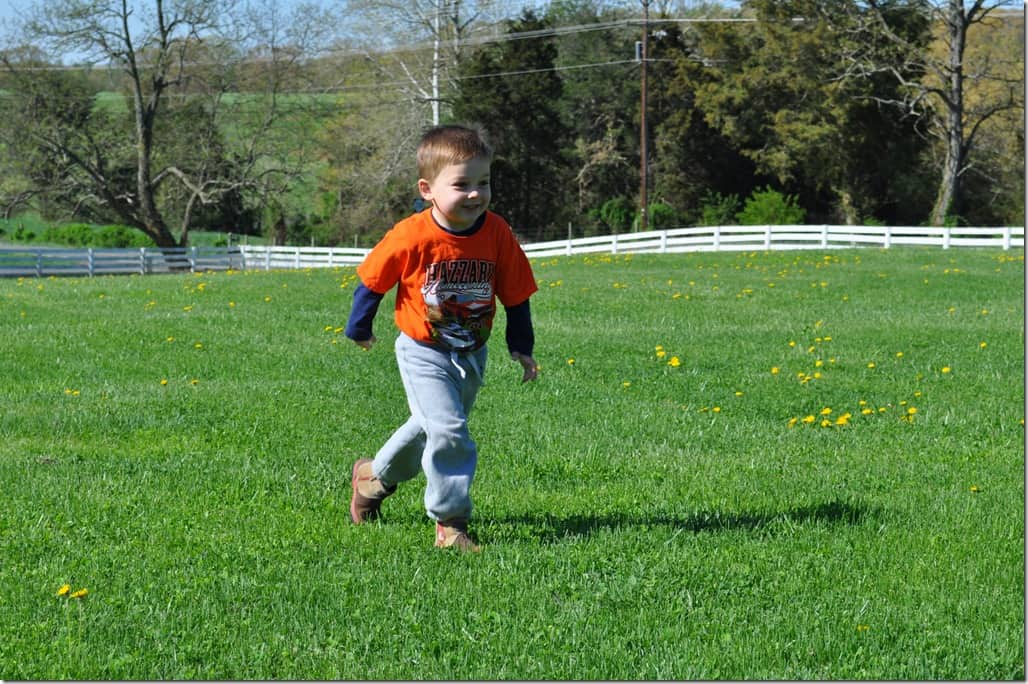 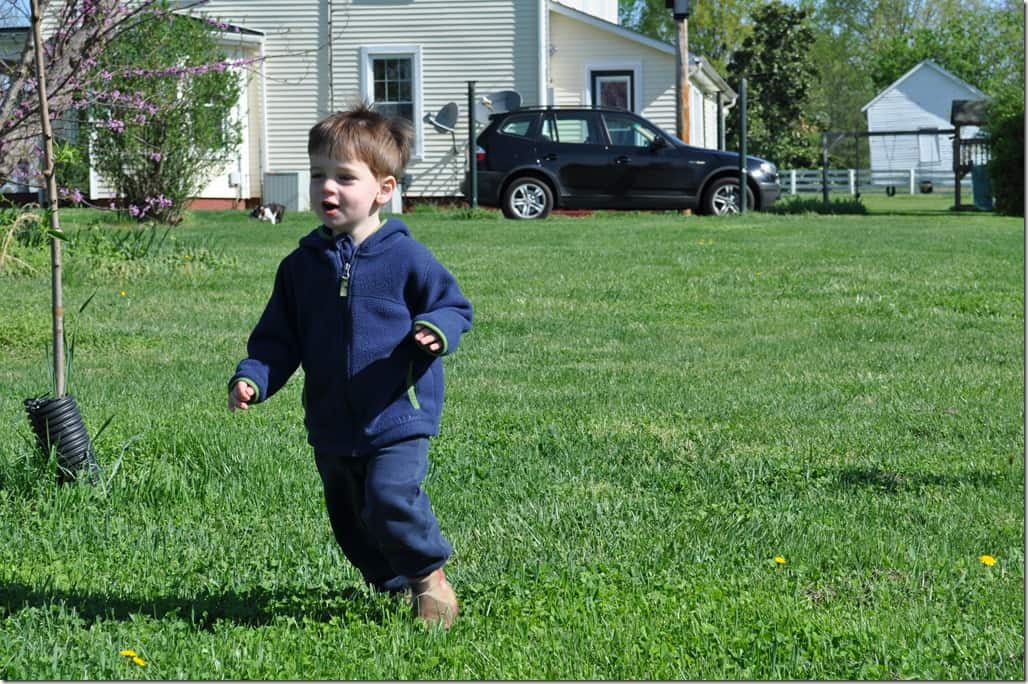 Once they made it to their pails of water, these boys didn’t really fall down and break their crown. Instead, they bent down and DUMPED their water. Just as I expected. 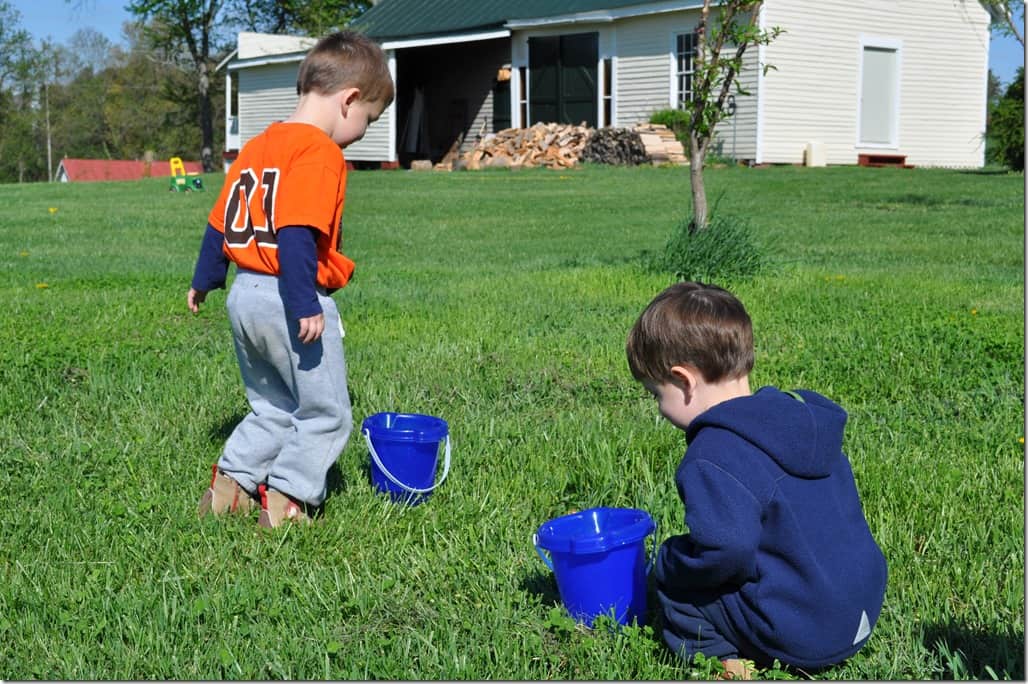 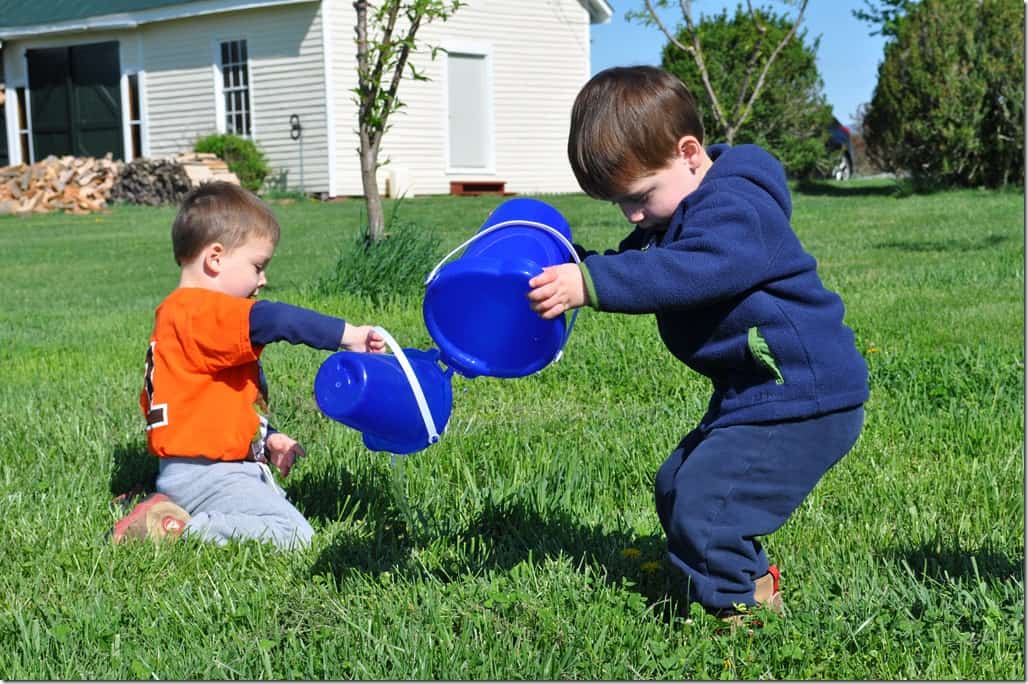 For this activity, I put an unlit candle on the ground. While I said the rhyme, the boys took turns jumping over the “candlestick,” just like Jack be Nimble. They were competing (as usual) to see who could jump the highest without getting “burned.” 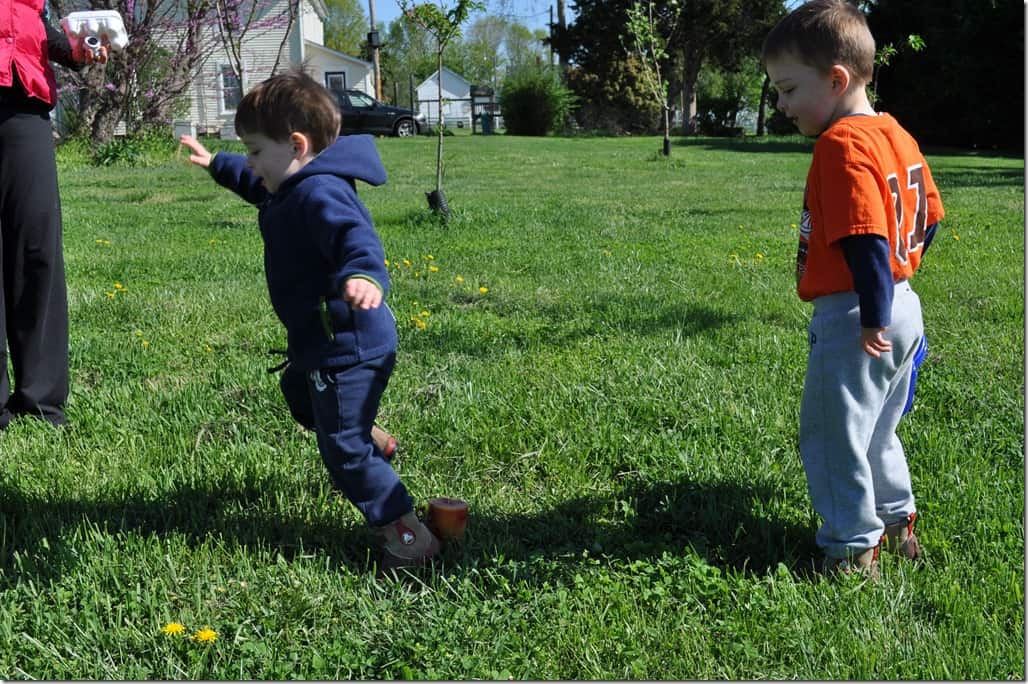 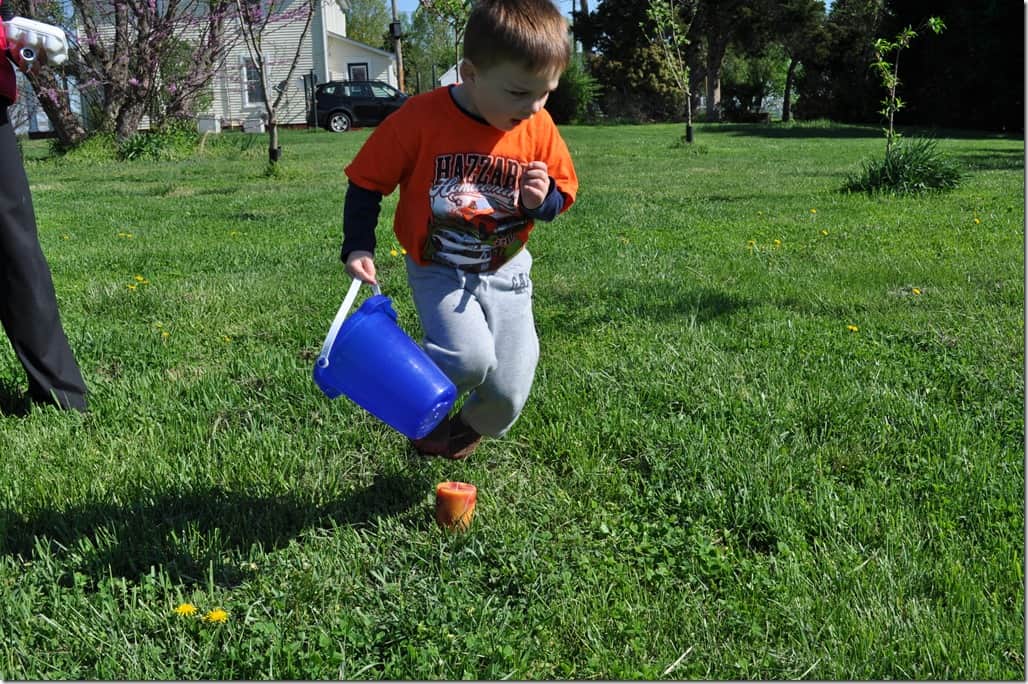 This was one of the funniest things I have seen recently. I could not stop laughing! My goal was to give each boy a few eggs, recite the poem, and then have the boys drop the eggs off of the fence when we said, “Humpty Dumpty sat on a wall, Humpty Dumpty had a great fall.” 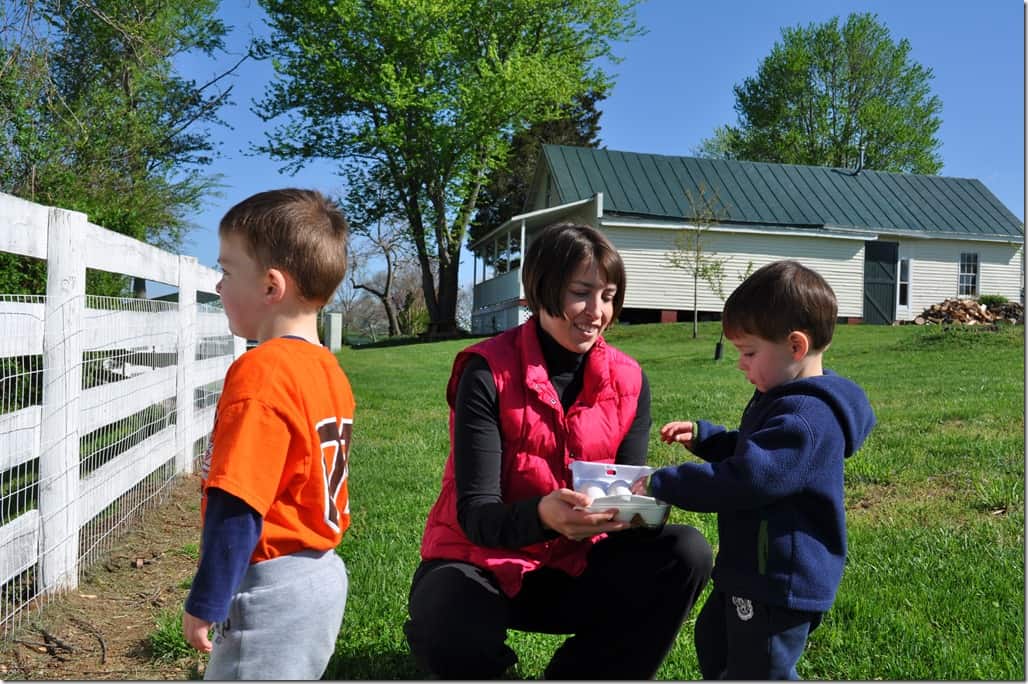 Instead, as soon as each child had an egg in his hand (and well before I could recite the rhyme), they chucked them over the fence as hard as they could. But, those stubborn eggs didn’t break! So, we collected our eggs and started again. I explained the directions to Gibbs, and he complied. 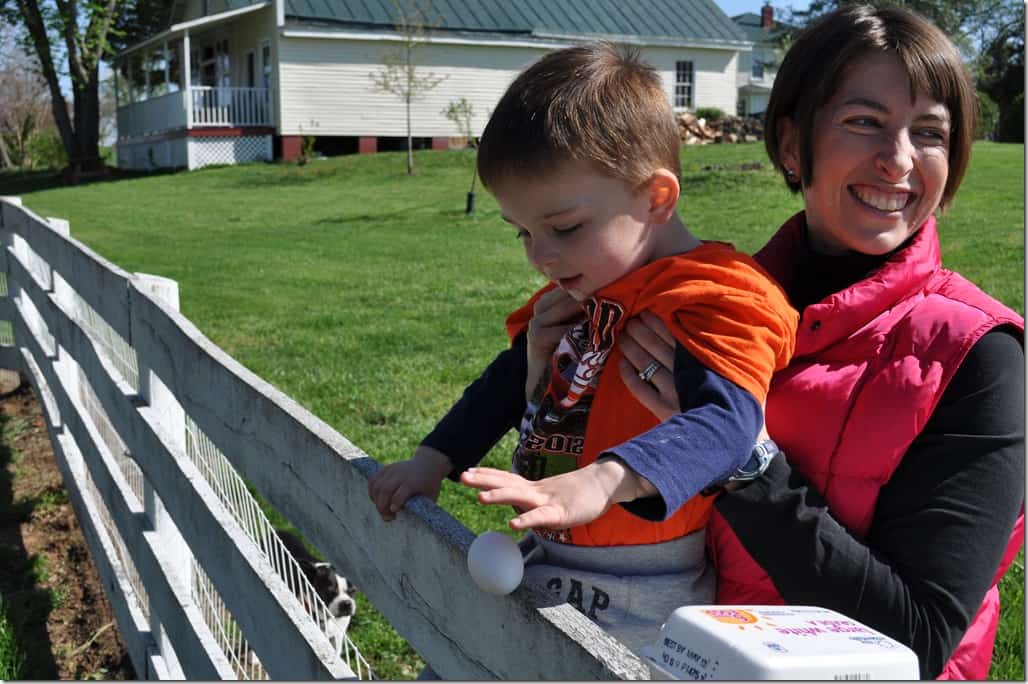 He loved to see the eggs “splat” on the ground…just like Humpty Dumpty. 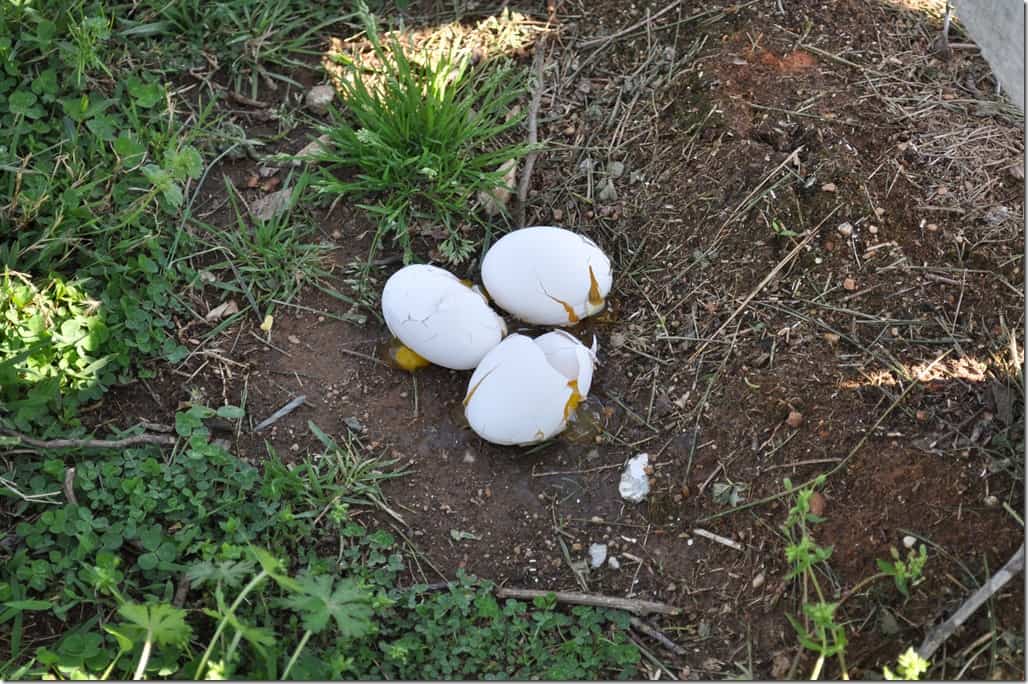 Casey, on the other hand, just grabbed his eggs and took off running down the hill. He threw his eggs in the grass and stomped on them with his boots. “EWWWW!” he screamed. I was laughing so hard that I didn’t even care if he had raw eggs all over him. I also didn’t manage to snap a photo.

Moving on from the eggs, we headed off for our next game: finding Little Bo Peep’s lost sheep! Since we don’t own any stuffed lambs, we used this little guy from Casey’s John Deere farm set. 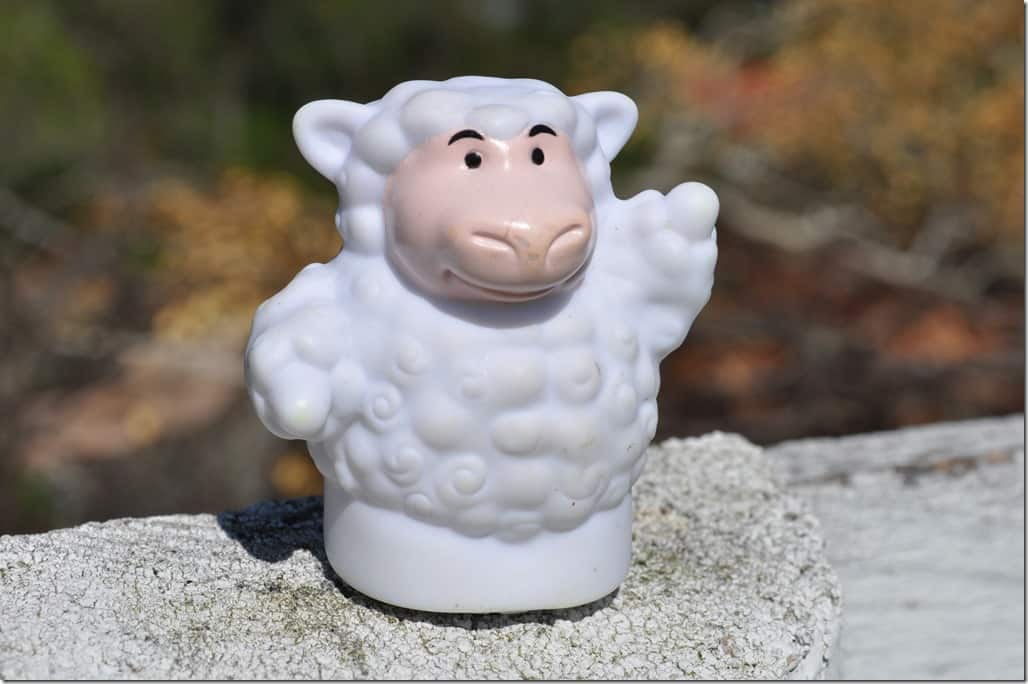 This was essentially just a game of hide-and-seek, which happens to be one of Gibbs’s favorites. While he closed his eyes and counted to ten… 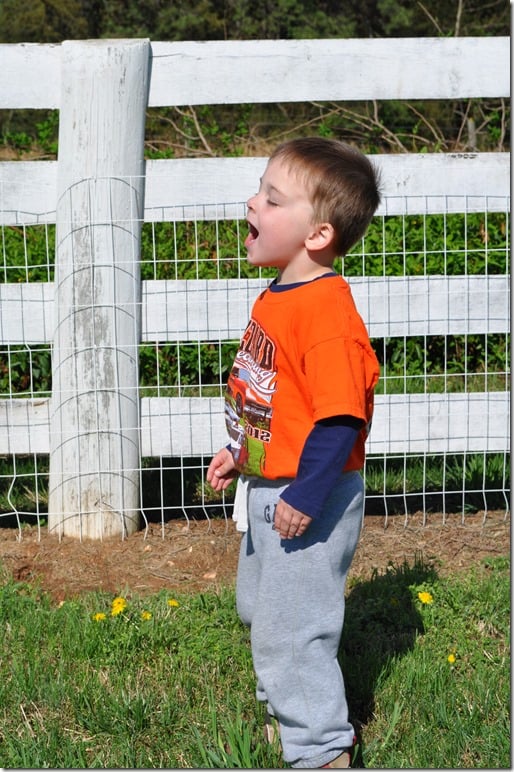 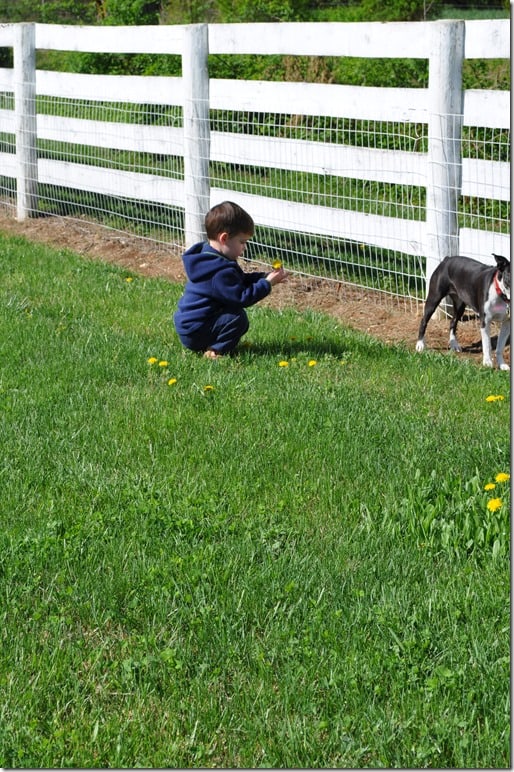 and Dad hid the sheep. Then Gibbs began his hunt for Little Bo Peep’s lost sheep… 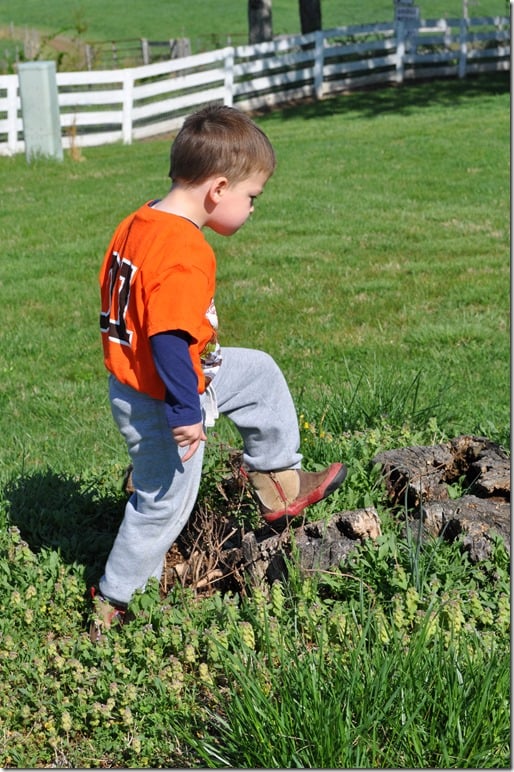 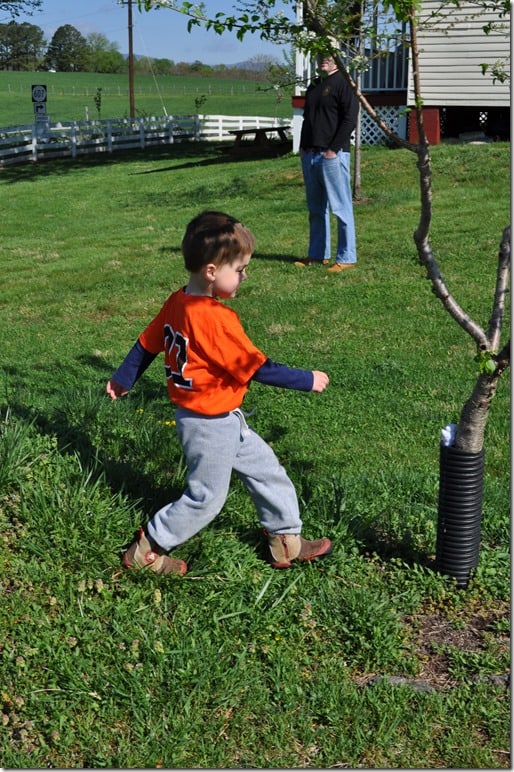 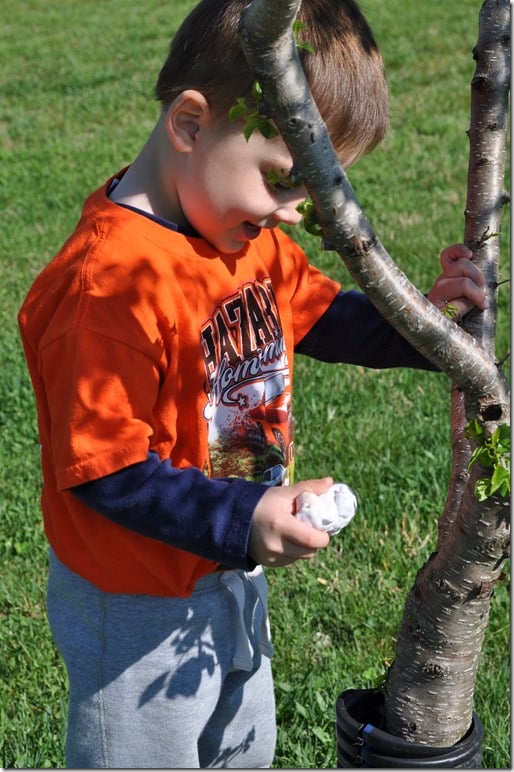 And then we switched roles, so that I could close my eyes and count while Gibbs hid the sheep… 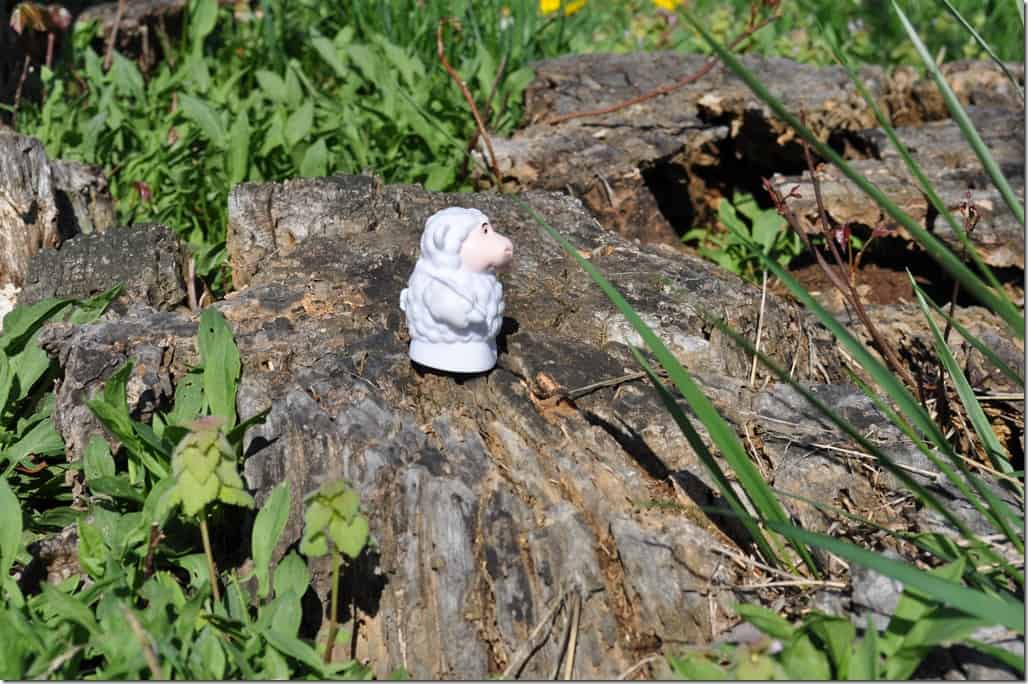 Looking for more fun Nursery Rhyme activities? Stay tuned all week, and join me on Facebook and on Pinterest to keep up with our adventures!