With Thanksgiving right around the corner, I thought that it would be fun to share a quick and easy Thanksgiving Turkey Craft that will keep your preschoolers entertained and engaged as the holiday approaches. 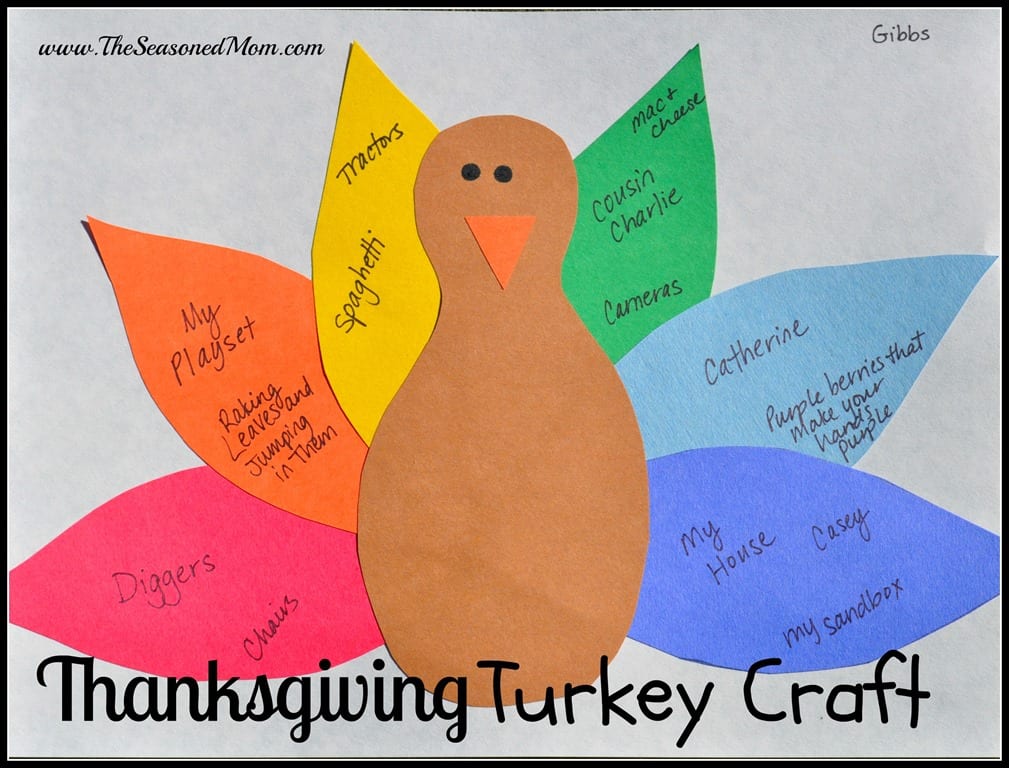 This simple idea is a nice, quiet activity to get your kids into the spirit and mindset of Thanksgiving. Plus, it’s a funny way to get inside your kids’ heads and see what they really appreciate at any given moment in time!

In preparation for this activity, I made two separate turkeys on sheets of regular white drawing paper. I was actually chatting with my friend Kristin on the phone while I did this…always multi-tasking!

The turkeys and their feathers were just cut out of construction paper and glued onto the white paper. I drew the little black eyes onto the turkeys with a Sharpie marker. 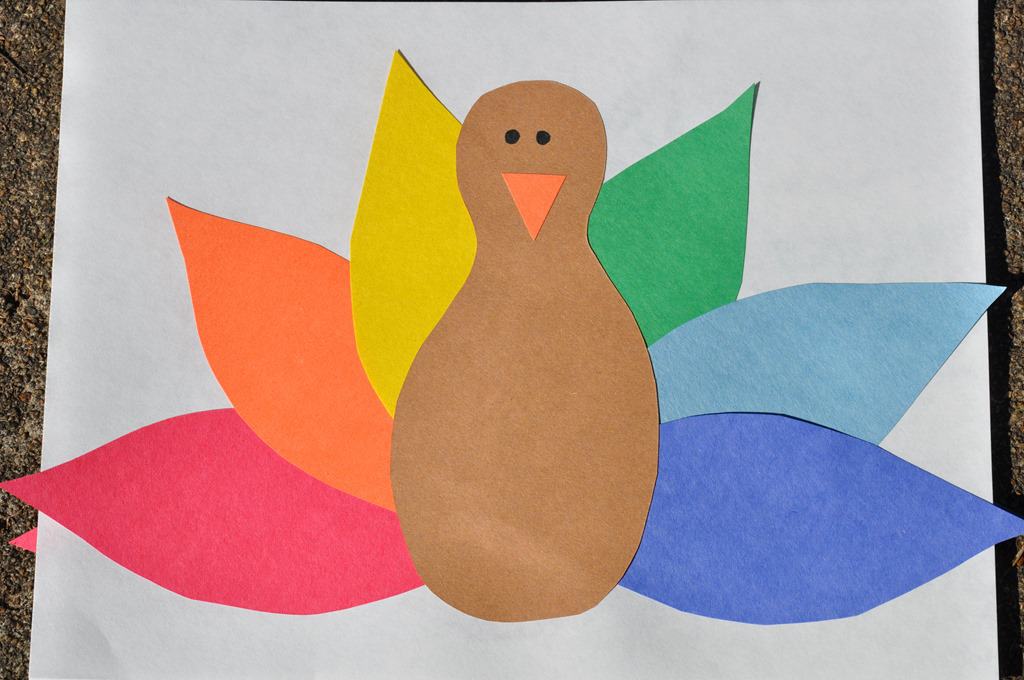 That’s what the blank turkeys looked like. Once he saw them, however, Gibbs announced that he would have liked “to build a turkey” by himself. I’ll remember that for next time! I shouldn’t assume that I always need to do the prep work.

With my blank turkeys complete, we headed outside for some quiet discussion at the picnic table. It was a sunny afternoon and we wanted to take advantage of the beautiful fall weather! 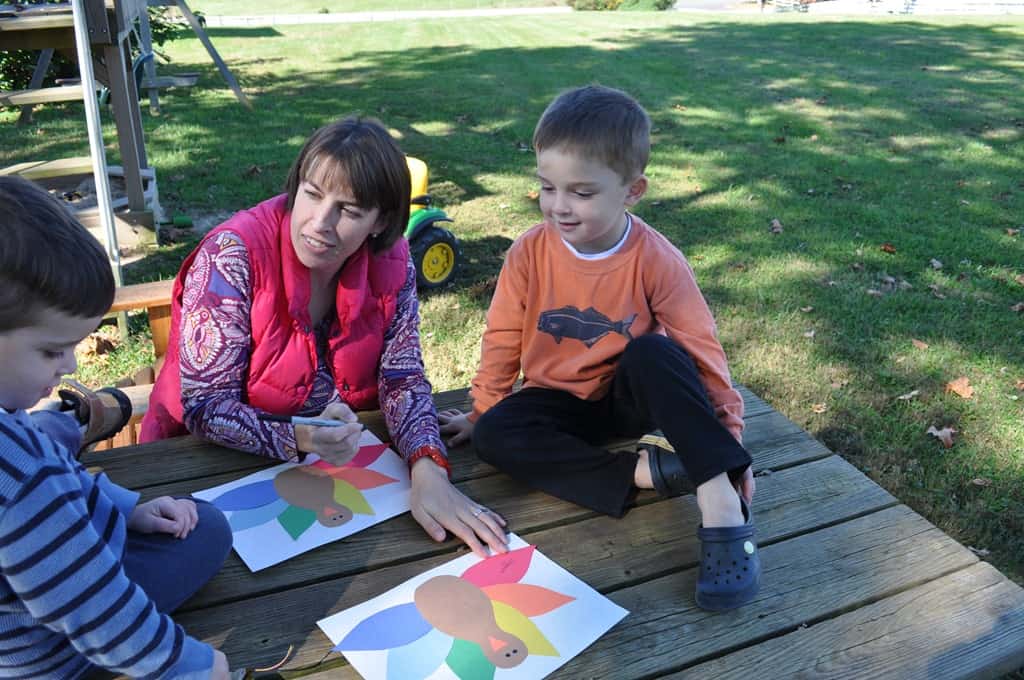 As we sat at the table, we discussed what it means to be thankful for something and to “give thanks.” While Gibbs, my almost-four-year-old instantly grasped the concept, I think that it was more difficult for Casey (the two-year-old) to understand. He was much more interested in the bright colors on the turkey! 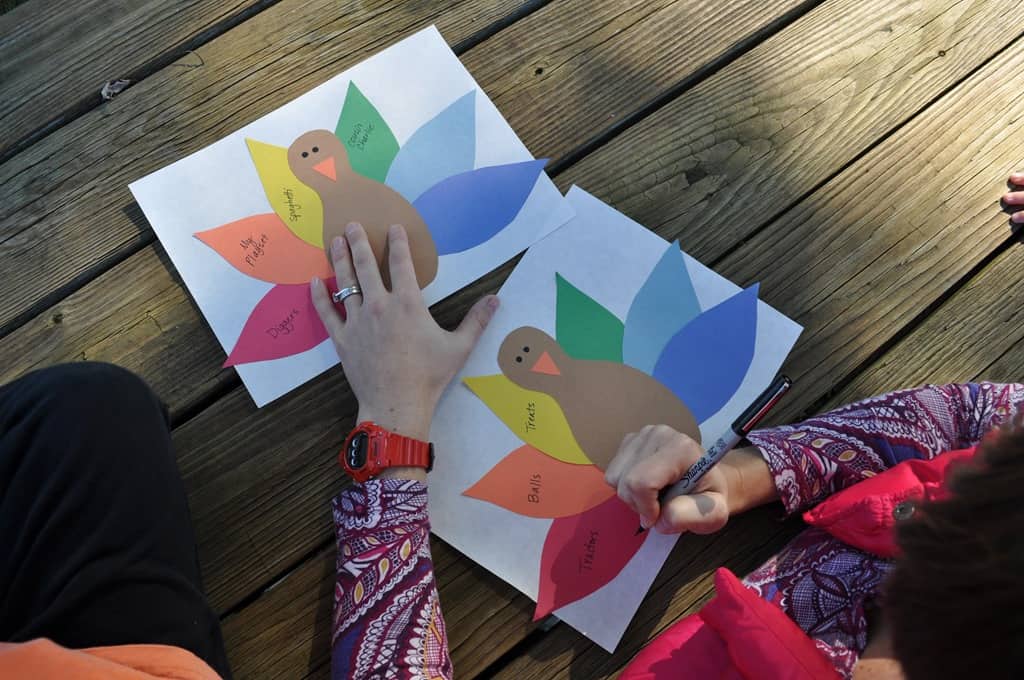 Gibbs was full of ideas! Once each of his feathers was full, he wanted to “keep going,” so we continued to list additional ideas on his turkey. Casey, on the other hand, required more prompting and had a more difficult time filling up his bird’s feathers. Here are the final results (always amusing!):

Casey’s Turkey, which includes the following items he is thankful for: tractors, brothers, balls, treats, Rebekah (his babysitter), Daddy, and turkeys (of course!). 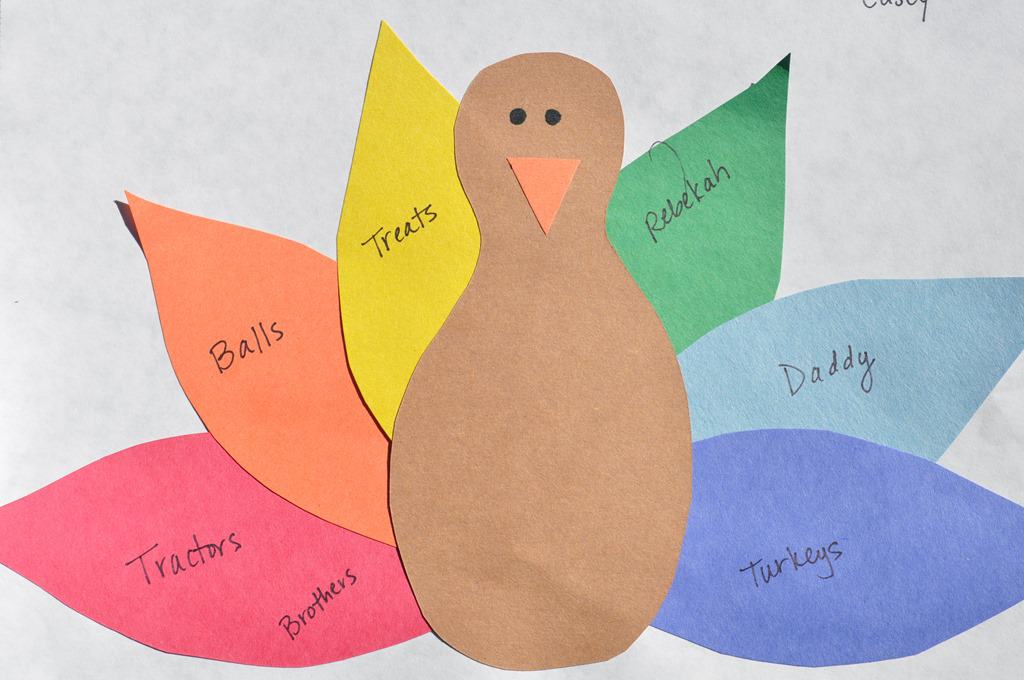 Gibbs’s final turkey is shown in the photo at the top of the post, and here is his list: diggers, chairs (?), my play set, raking leaves and jumping in them, spaghetti, tractors, Cousin Charlie, mac and cheese, cameras, Catherine (his babysitter), purple berries that make your hands purple, my house, Casey, and my sandbox.

Happy Thanksgiving, friends! I hope that you’re able to pull some sweet and thoughtful ideas out of your little ones as well. It’s definitely a season to be grateful.